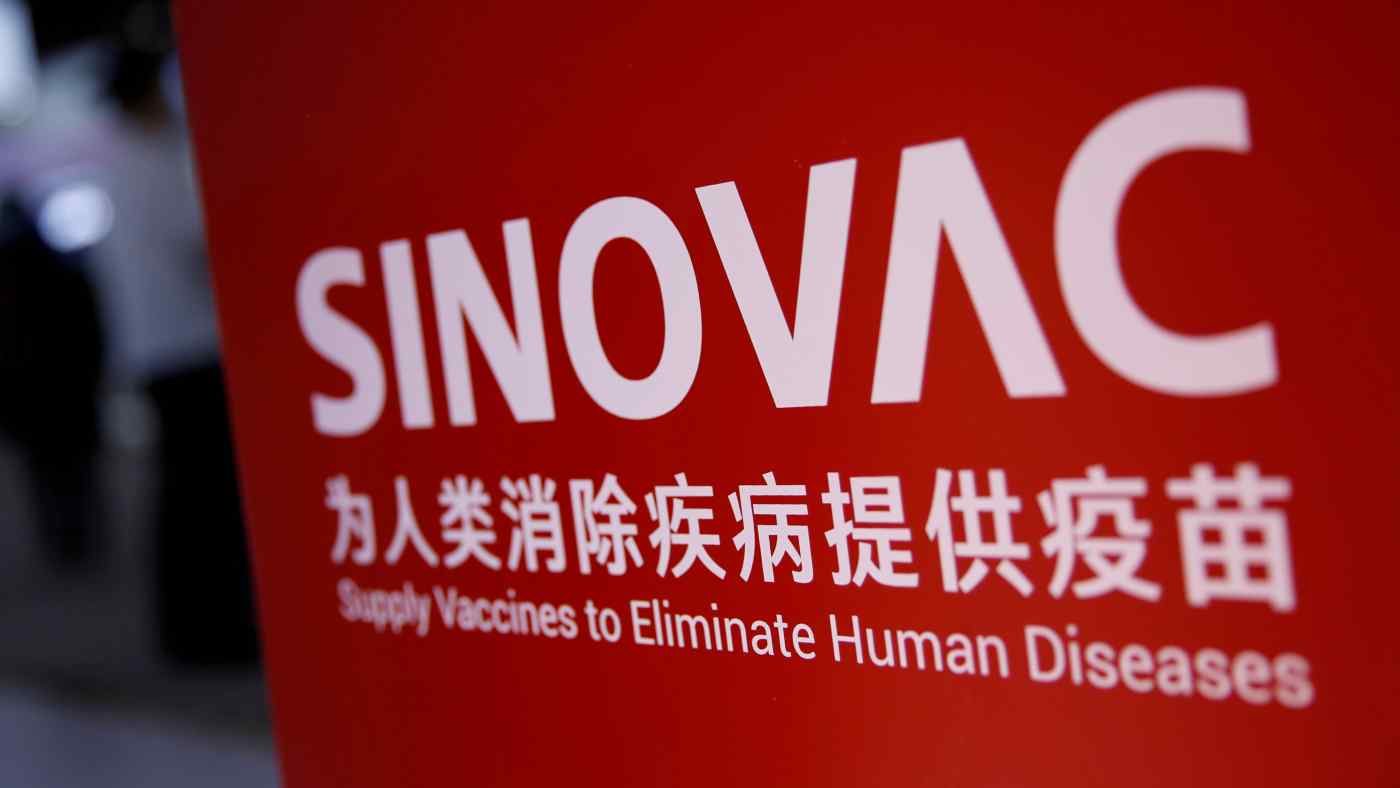 SAO PAULO/BEIJING (Reuters) -- Brazil's health regulator suspended a clinical trial of China's Sinovac coronavirus vaccine due to a severe adverse event, delighting President Jair Bolsonaro, who has repeatedly criticized the vaccine's credibility and said it would not be purchased by his government.

The state government of Sao Paulo, where the trial is being run, said the death of a trial volunteer had been registered as a suicide and was being investigated. A police report of the incident was seen by Reuters.

The suspension further inflamed tensions between Bolsonaro and Sao Paulo Governor Joao Doria, who has pinned his political ambitions on the Chinese vaccine which he aims to roll out in his state as early as January, with or without federal assistance.

On Tuesday, Anvisa said it would maintain the suspension and did not give any indication of how long it might last, adding it required more information on the incident. It dismissed any suggestion the move was politically motivated, saying the decision was purely technical.

The trial's organizers criticized Anvisa's decision, saying they had not been notified in advance and that there was no reason to stop the trial.

Although a trial volunteer had died, it had nothing to do with the vaccine, Jean Gorinchteyn, Health Secretary for the state of Sao Paulo told a news conference on Tuesday.

"We had an external event that led to the regulator being notified," Gorinchteyn said. "This vaccine is safe."

Dimas Covas, the head of Sao Paulo's medical research institute Butantan, which is conducting the Sinovac trial, said the vaccine had shown no serious adverse effects. Speaking at the same news conference, he said he hoped the trial would be resumed later on Tuesday or Wednesday.

Anvisa said the initial information it received from Butantan had not specified that the death was a suicide.

"We had no choice but to suspend the trials given the event," the head of the agency Antonio Barra Torres said.

Brazil's suspension of the trial, one of Sinovac's three large late-stage studies, and the resulting fallout underlines the increasingly fraught political atmosphere surrounding the development and distribution of potential vaccines.

The setback to Sinovac's efforts contrasts with welcome news from Pfizer Inc, which said on Monday its experimental COVID-19 vaccine is more than 90% effective based on initial trial results.

Bolsonaro, a longtime China skeptic, has dismissed the Sinovac vaccine as lacking in credibility. On Tuesday morning, he said on his Facebook page that the suspension was "another victory for Jair Bolsonaro."

Hu Xijin, editor-in-chief of The Global Times, published by the People's Daily, the official newspaper of China's Communist Party, said on social media platform Weibo: "I am very worried that politics and the excessive pursuit of economic interests are deeply involved in the information release on vaccines."

A World Health Organization spokeswoman sought to play down the politics. "I don't think you need to try to find reasons or explanations other than the fact that people who are looking for a vaccine ... are very cautious," Fadela Chaib said.

Sinovac said in a statement on its website on Tuesday it was confident in the safety of its vaccine and will continue to communicate with Brazil on the matter. It has previously said it expects interim results of late-stage trials this year.

It is not uncommon for clinical trials to be suspended temporarily after a subject dies or becomes ill so that independent monitors and trial organizers can check whether it is related to the drug being tested.

Sinovac's vaccine is among the three experimental COVID-19 vaccines China has been using to inoculate hundreds of thousands of people under an emergency use program. A Chinese health official said on Oct. 20 that no serious side effects had been observed in clinical trials.

Bolsonaro has previously said the federal government will not buy the vaccine, although he had appeared to soften his position before his celebratory social media post on Tuesday.

His stance has set a clear political battle line with the Sao Paulo Governor Doria, who has said his state will both import the vaccine and produce it. Work has even begun on a plant capable of producing 100 million doses a year.

Doria is widely expected to challenge Bolsonaro at the next presidential election in 2022.

Sinovac is also hoping to supply its experimental coronavirus vaccine to more South American countries by outsourcing some manufacturing procedures to Butantan.

Four COVID-19 vaccines are being tested in Brazil, including one being developed by Oxford University with AstraZeneca Plc and another from Johnson & Johnson.

Worldwide, there are at least 10 experimental coronavirus vaccines in late-stage clinical trials, according to the World Health Organization. Four of them are from China.