A man fishes across the harbor from the Sydney Opera House on July 27. Residents and businesses in the greater Sydney area are under tight COVID-19 restrictions.   © Getty Images
PRASHANT MEHRA, Contributing writerJuly 28, 2021 11:41 JST | Australia
CopyCopied

SYDNEY -- The highly contagious delta strain of COVID-19 is threatening to upend an Australian economy that has weathered the pandemic well, forcing an extension of Sydney's lockdown on Wednesday and raising the possibility of a double-dip recession.

Half the country's 25 million people have been under strict stay-home orders across the state capitals of Sydney, Melbourne and Adelaide after infections leaked into the community from returning citizens. A botched vaccine rollout, meanwhile, has further exposed the island nation even as the U.S., U.K. and Europe rush to reopen their economies.

While restrictions are being eased in Melbourne and Adelaide on Wednesday, after infections declined in the states of Victoria and South Australia, authorities in New South Wales officially extended them in greater Sydney by at least four weeks beyond this Friday's deadline.

Economists are all but certain Australia's $1.5 trillion economy will shrink this quarter -- the first quarterly contraction in a year -- amid growing speculation the Sydney lockdown could drag on even further.

There is a chance of a double-dip recession "if the current lockdowns spread around Australia and last into the December quarter," AMP Capital chief economist Shane Oliver said in a note this past weekend.

"Overall, we rate the risk of a renewed recession as being around 25%."

A recession is characterized by two back-to-back quarters of contraction. Australia in 2020 suffered its first recession in about three decades, but the economy is now larger than its pre-pandemic level thanks to quick control of the virus and substantial fiscal support. This translated into solid growth in employment, consumer spending and house prices.

But despite around four weeks of lockdown already, Sydney -- the country's economic engine -- reported 177 new COVID-19 infections on Wednesday, its highest daily count since the delta outbreak began in mid-June.

That is still far below other countries and cities that are seeing thousands of infections every day. Yet economists at Goldman Sachs pointed to Australia's relatively low vaccination rate of 12% of the population, the delta variant's high transmissibility and the government's low tolerance for even modest case numbers as reasons why the Sydney lockdown was on course to be "materially longer" than earlier expectations.

That means the stimulus tap will need to remain open. Indeed, economists generally expect the central bank to reverse its decision to taper monetary support at its meeting next Tuesday. The Reserve Bank of Australia is likely to also downgrade its near-term outlook for economic growth and employment. 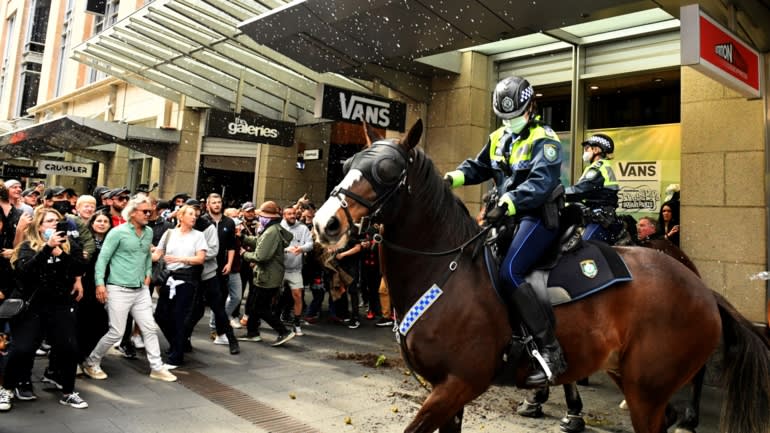 Protesters confront mounted police in Sydney on July 24, as frustration with the prolonged lockdown builds.   © Reuters

Epidemiologists estimate at the current pace of vaccination, Australia's inoculation rate will hit 80% by the end of the year, considered the level required to achieve herd immunity. The U.S. already has about 50% of its population inoculated while the rate is 70% in the U.K.

A delay in hitting the herd immunity threshold, due to hesitancy toward AstraZeneca vaccines and a shortage of the Pfizer/BioNtech shot, could put businesses in a bind.

So far, companies have resisted widespread layoffs even though recent government support has been far more limited than the wage subsidies and higher unemployment benefits that were in place at the height of the pandemic last year.

That could change, particularly in the country's biggest state.

New South Wales "will probably be in lockdown for at least two months and many businesses will have to shut altogether," Capital Economics senior economist Marcel Theiliant warned in a note before the extension. "Under those circumstances, wage subsidies are unlikely to prevent large-scale job losses."

National carrier Qantas has already cautioned it will stand down staff without pay if the state lockdowns drag on. Large businesses such as retailer JB Hi-Fi and real estate group GPT have flagged slowdowns in sales.

If restrictions in New South Wales continue at their current levels, Theiliant estimates Australia's unemployment rate could spike from the decade-low of 4.9% achieved in June to as high as 5.6%.

That would have implications for the electoral prospects of the center-right coalition headed by Prime Minister Scott Morrison, which is trailing in polls over its handling of the vaccine rollout, among other issues. The federal government is yet to announce the threshold vaccination level needed for authorities to fully reopen cities, along with state and international borders.

The prime minister has acknowledged the looming slowdown in the September quarter but tried to strike an upbeat tone for the future.

"In the quarter that follows, should we continue to be on the path we're on, in increasing our resilience, then we can expect that [downturn] to turn around in the December quarter," he told reporters in Canberra last week.

Economists are not so sure. Many now believe the impact could be more prolonged.

"The [NSW] state government's pursuit of no community spread of the highly transmissible delta strain, coupled with a vulnerable population due to a low vaccination rate, will see restrictions in place through to the end of Q3," Oxford Economics' Sean Langcake said.

"We expect the easing of restrictions will be more cautious than previous episodes, limiting the bounce back in Q4." 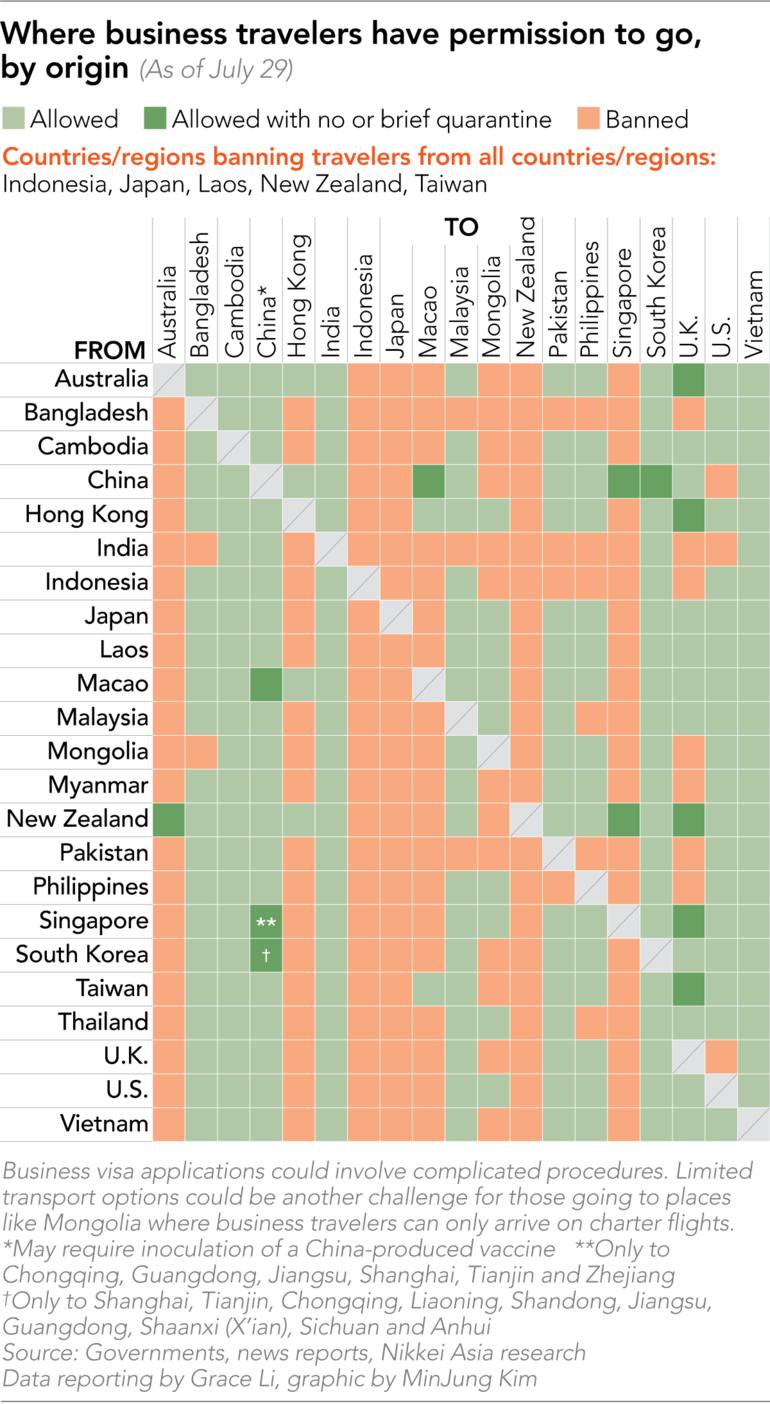