Taiwan grills WHO over seat at the table as coronavirus spreads 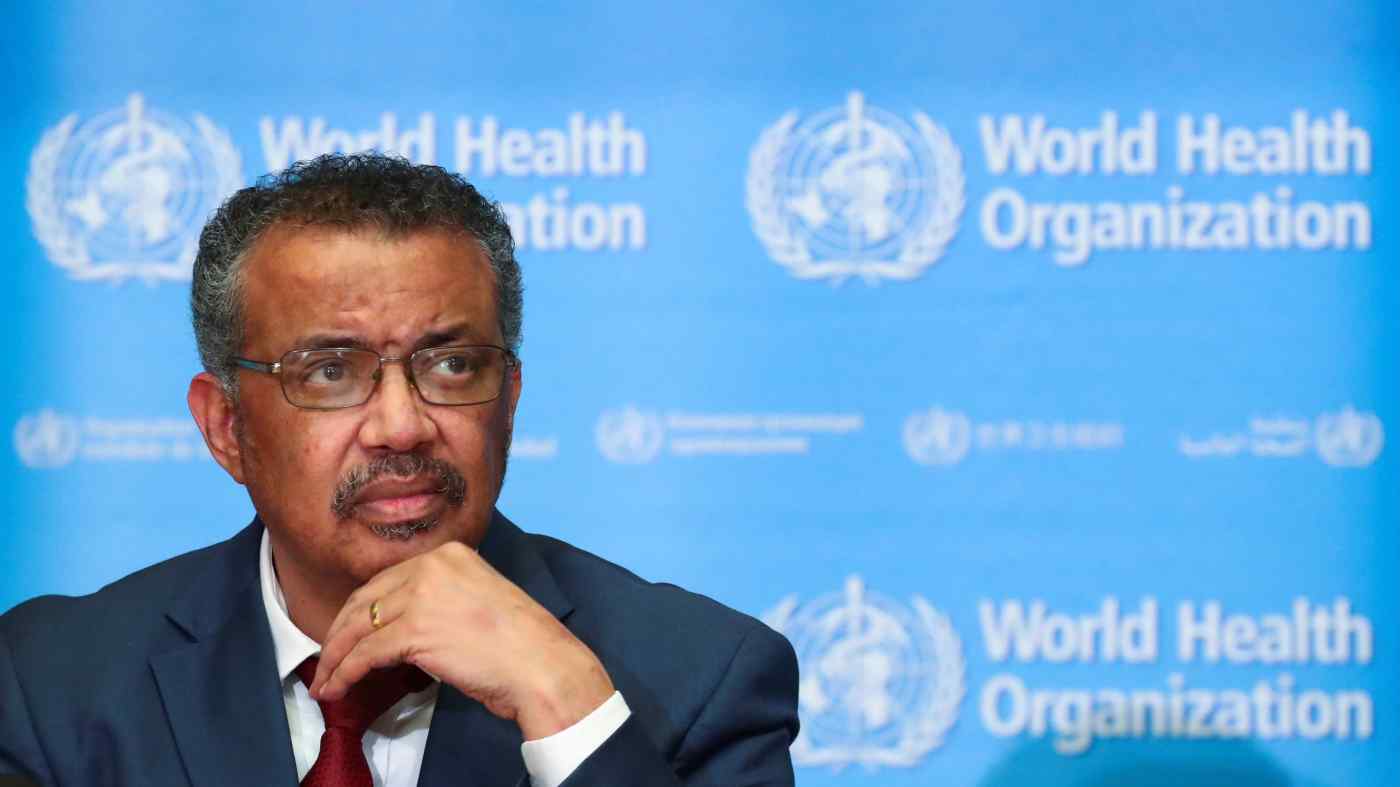 TOKYO/TAIPEI -- Taiwan is becoming more vocal about its position in the world, especially its exclusion from the World Health Organization as deaths and infections mount from the coronavirus.

Foreign Minister Joseph Wu, in particular, is sending out provocative messages on social media. Late on Thursday, he targeted WHO Director-General Tedros Adhanom Ghebreyesus, who has openly praised China's efforts to stem the transmission of the virus.

In response to a Ghebreyesus tweet that said China was "setting a new standard for outbreak response" and hence "deserves our gratitude and respect," Wu used his ministry account to ask: "Are you going to stand by your statements or retract them?"

A few hours earlier, Wu hit out at the United Nations agency over its treatment of Taiwan. "@WHO, what's wrong with you? First you called us "Taiwan, China," then you changed to "Taipei." You misreported the confirmed cases, & now you call us "Taipei & Environs." Look! Taiwan is #Taiwan & not any part of the #PRC.," he wrote.

The first article of the WHO's constitution spells out its objective to be "the attainment by all peoples of the highest possible level of health." But Taiwan has been precluded from membership due to staunch opposition by China due to its insistence on its "One China" principle, and this still stands despite the virus now spreading beyond political boundaries.

Asked about whether he would consider accepting Taiwan as a member to facilitate real time exchanges of information, Michael Ryan, executive director of the WHO's health emergencies program, told reporters on Jan. 23 that the agency is working "very closely with technical partners in China, Taiwan."

"There is technical cooperation going on between provinces in China and between the WHO and any of those entities that seek our assistance," he said, referring to Taiwan as part of China while dodging the issue of the island's membership.

Yoshiyuki Ogasawara, associate professor at Tokyo University of Foreign Studies, told the Nikkei Asian Review that China's pressure to block Taiwan from joining a humanitarian organization like the WHO on the grounds of the "One China" principle is "only going to further diminish the little remaining support for the notion of "One China" in Taiwan.

The veteran scholar on Taiwan politics stressed that "as this is a matter of health and hygiene, it should be detached from politics, and China itself should come out and say 'Taiwan should join the WHO," though he believes that is unlikely to happen as Xi has less room to be flexible on Taiwan.

However, Taiwan's bid to join the WHO is gaining international support amid the rapidly deteriorating situation.

Japanese Prime Minister Shinzo Abe said on Jan. 30 that Taiwan's participation was necessary to effectively combat the spreading coronavirus. "It will be difficult to maintain health and prevent further contractions in the region if [Taiwan] is excluded for political reasons," Abe told parliament.

Canadian Prime Minister Justin Trudeau said the same day that his country supports Taiwan becoming an observer at World Health Assembly meetings as it is "in the best interest of the international health community."

Paraguay and Eswatini, two of Taiwan's few remaining diplomatic allies, voiced their support during the WHA meetings this week. Andrew Bremberg, U.S. ambassador to the UN in Geneva, told WHO's executive board that it is a technical imperative for the organization to present visible public health data on Taiwan as an affected area and engage directly with Taiwan's public health authorities.

William Lai, Taiwan's vice president-elect, this week became the island's highest-level official to visit Washington in the four decades since the U.S. cut official diplomatic ties with Taiwan. He witnessed a speech by U.S. President Donald Trump at the annual National Prayer Breakfast on Thursday, visited National Security Council staff at the White House, and met several senators to express gratitude over their support for Taiwan's bid to join the WHO. Lai's visit angered Beijing. Ma Xiaoguang, spokesperson at China's Taiwan Affairs Office, said on Thursday that China is strongly opposed to any official engagement between Washington and Taipei, and described the trip as a "despicable" move to facilitate Taiwan independence.

Ross Darrell Feingold, a lawyer and political analyst in Taipei, said supportive statements by governments or parliamentarians from other countries are not accompanied by substantive action by the WHO to ensure Taiwan's meaningful participation.

"It is unfortunate that only a crisis might prompt other countries to take more substantive action on Taiwan's behalf," he said.

The WHO is not the only UN organization under fire over Taiwan. The International Civil Aviation Organization was criticized by U.S. State Department spokesperson Morgan Ortagus for blocking a message on twitter about Taiwan.

In a statement on Saturday, he said Washington is "deeply concerned about actions taken by the ICAO to suppress freedom of expression and curtail important discussion of Taiwan's legitimate role in international issues" and called the organization's action "outrageous, unacceptable" given the "global response to the coronavirus crisis."

Liu Fang, a Chinese national with a Ph.D. in international law from Wuhan University, has been the ICAO's secretary-general since 2015.