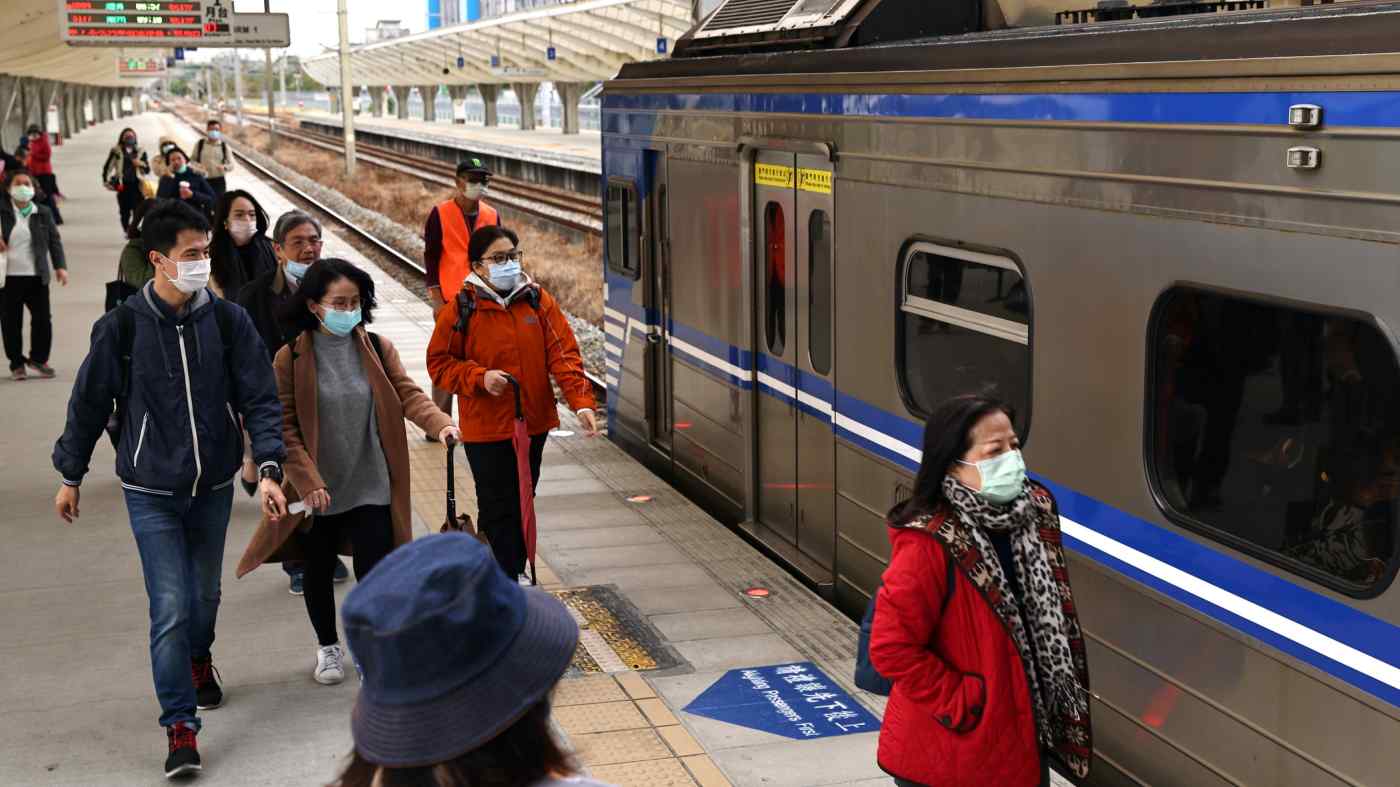 TAIPEI -- Taiwan on Tuesday recorded its first locally transmitted COVID-19 case for more than 250 days after a woman was infected after coming into contact with a pilot from New Zealand.

The woman, an employee of a unit of a subsidiary of MacBook maker Quanta Computer, had been in touch with 167 people over the past two weeks. The government is testing those she came into contact with, and has demanded that 13 of them quarantine at home.

The pilot, who works for Taiwanese carrier Eva Air, tested positive on Sunday. He kept coughing while on duty but was not asked to wear a mask, Health Minister Chen Shih-chung said. His colleagues -- one Taiwanese and one Japanese cockpit crew member -- contracted the virus from him. Chen added that the government is discussing how to properly regulate airline crews without disrupting airline operations.

Eva, Taiwan's second-largest airline, said it would launch an investigation into the pilot.

The woman was one of four cases recorded on the island on Tuesday. Taiwan has been applauded globally for its adroit handling of the pandemic. To date it has confirmed just 771 cases and seven deaths -- most of the infections have been imported. The last local transmission was on April 12.

The government said the pilot did not tell authorities he had been in close contact with the woman between Dec. 7 and Dec. 12 -- in violation of Taiwan's disease control and prevention regulations. He could face a fine of up to 300,000 New Taiwan dollars ($10,721).

The Taiwan Stock Exchange fell 1.44% in trading Tuesday, with Quanta Computer dropping by 1.5%.

Quanta Computer said it has immediately strengthened measures to counter COVID-19, such as shutting down company cafeterias and asking all employees to stay at their desks to eat. It also asked staff not chat in groups in the office and stay at home if they show any symptoms. Quanta and its subsidiaries currently stopped meetings with customers and suppliers.

Separately, Taiwan announced it would cut flights between Taipei and London by half from Dec. 23, and all passengers coming from U.K. or anyone who has been in Britain over the past 14 days will be put under centralized quarantine upon arrival.

The measures come as the European country sees a spike in cases after a newly identified variant of virus was identified.