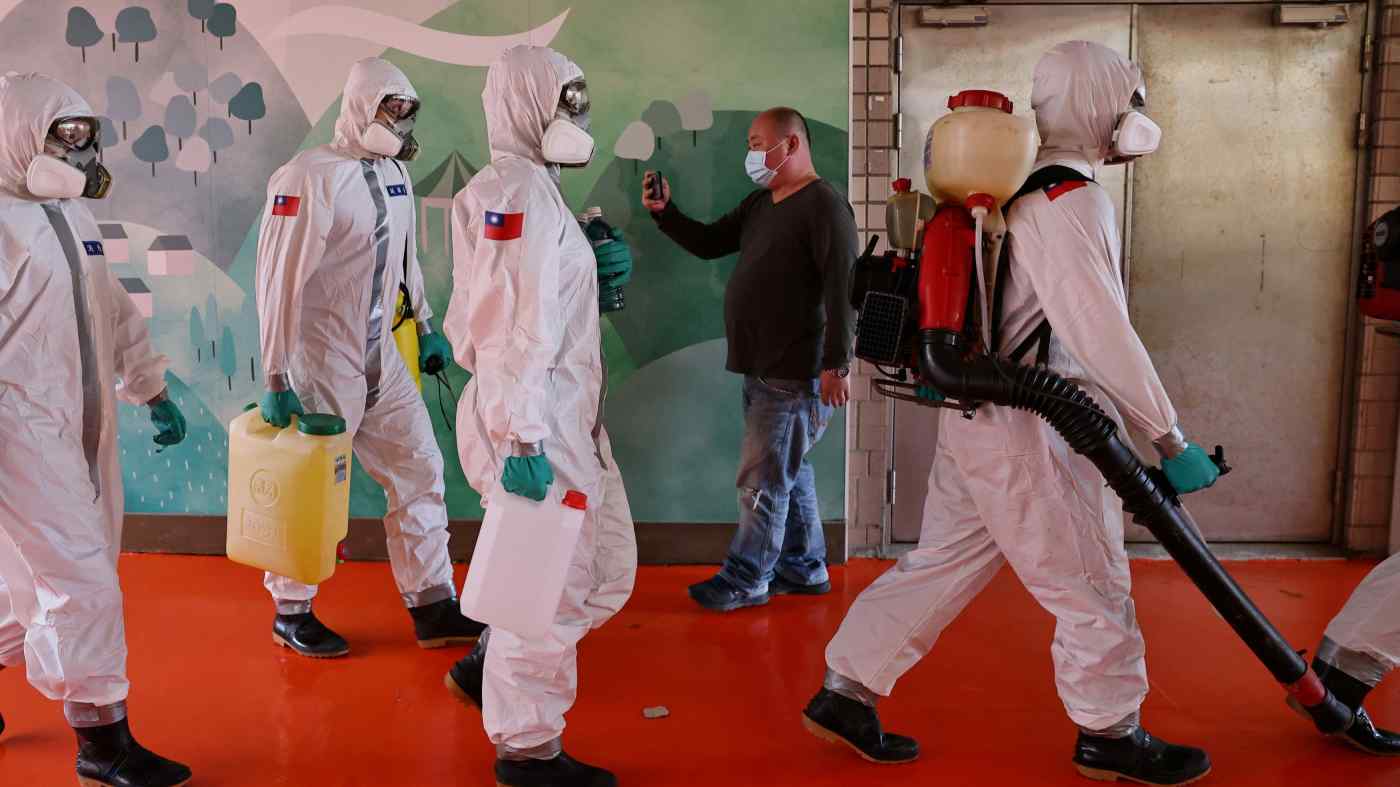 TAIPEI (Reuters) -- Taiwan's government on Saturday reported the island's first death from COVID-19 since May, as it battles a small and unusual outbreak of locally transmitted cases.

A woman in her 80s with underlying health conditions died after being infected with the coronavirus as part of a domestic cluster connected to a hospital, said Health Minister Chen Shih-chung.

Taiwan took early and effective steps to control the virus, with the large majority of its 909 confirmed cases in people who caught COVID-19 abroad. The new outbreak has infected 19 people since the start of the month, centering on a hospital in the northern city of Taoyuan.

Chen, reporting four new cases from the hospital cluster, announced the death, bringing to eight the total number of deaths in Taiwan from the pandemic.

He said the woman, who had a history of kidney problems and diabetes, had died late Friday after developing symptoms including a high fever and subsequently tested positive for COVID-19.

The woman lived in the same household as a nurse who worked at the hospital and was infected there, according to a breakdown of the infections provided by Chen.

The government has instituted measures to control the hospital outbreak, including putting more than 4,000 people in quarantine and cancelling large-scale public events ahead of February's week-long Lunar New Year holiday.

Taiwan's case numbers remain low compared to many countries around the world, with 78 people now being treated in hospital. Taiwan has so few cases the government holds news conferences to announce details of each new one.