Taiwan rolls out $180 stimulus vouchers in wake of COVID curbs 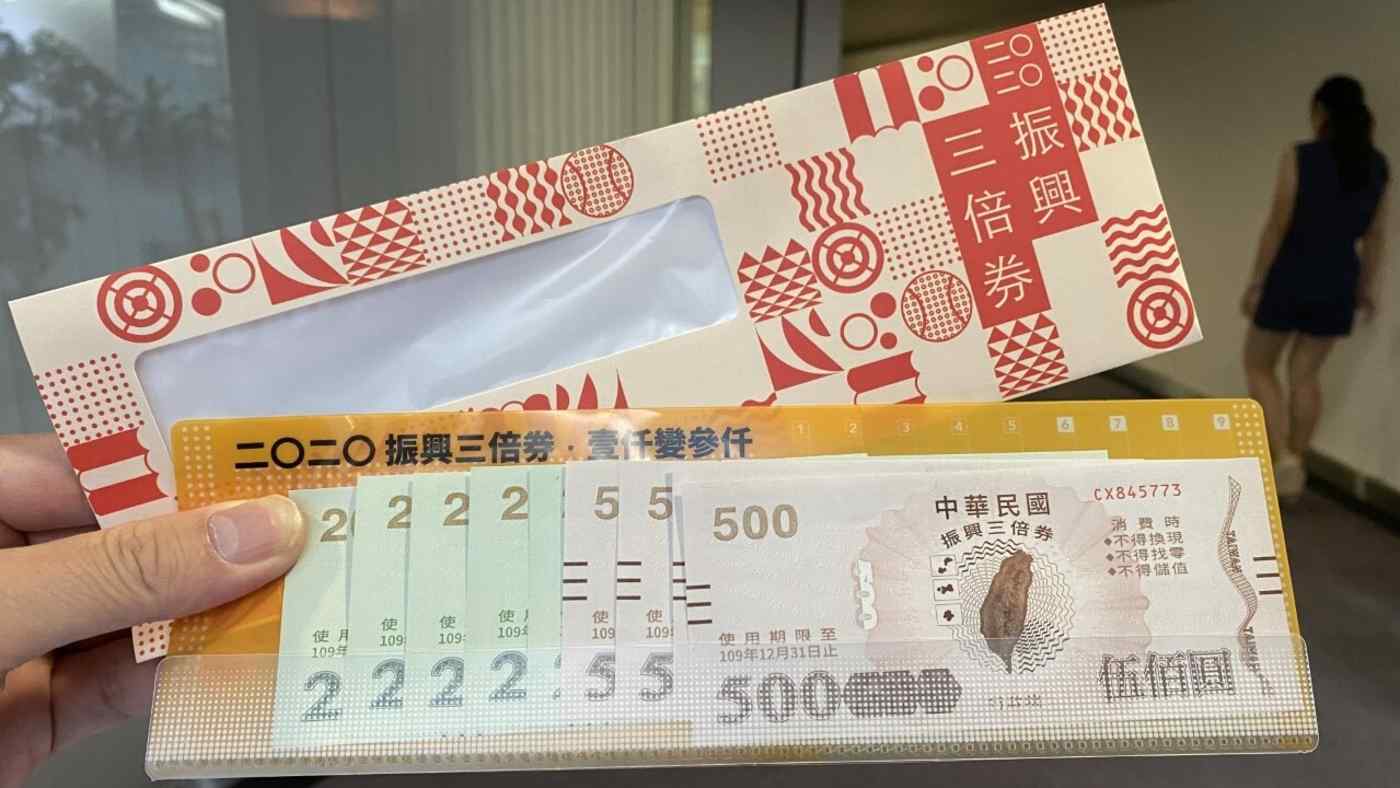 TAIPEI -- Taiwan will hand out stimulus coupons to consumers again this year, boosting the amount to 5,000 New Taiwan dollars ($179) and encouraging dining and lodging now that the island has eased COVID-19 restrictions.

Taipei will earmark a special budget of about NT$120 billion to fund this year's benefits -- enough to provide one set of vouchers for each of the island's roughly 24 million people. The vouchers, which were announced Thursday, can be used at restaurants, hotels and other businesses from October to the end of April 2022.

Under last year's Triple Stimulus Vouchers program, residents paid NT$1,000 to receive NT$3,000 worth of cash-equivalent coupons. This year, similar vouchers for a greater amount will be given for free.

Taiwan remained under stringent coronavirus restrictions, including a ban on indoor dining, for over two months after an outbreak in May that followed many months of successful control. Private-sector consumption slipped 0.41% in the April-June quarter.

The strict protocols have been lifted gradually since the end of July, and Taiwan reported no new cases Wednesday. Now Taipei wants to put consumption back on track with the help of free cash.

The cabinet upgraded its real gross domestic product forecast this month to 5.88% growth for 2021. The third upward revision of the year is driven by strong exports, particularly chips. Taiwan's economy grew 3.12% last year, the strongest expansion in Asia.