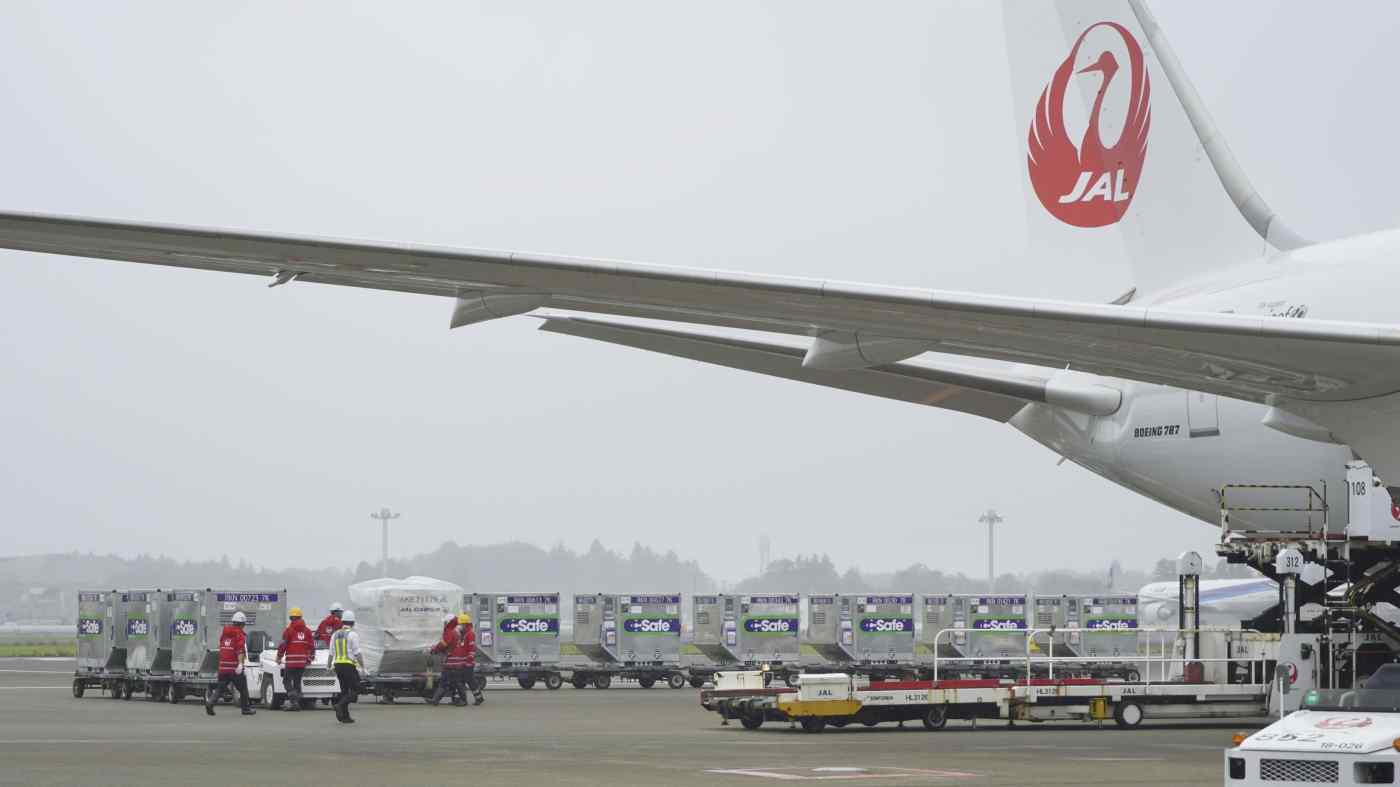 TOKYO/TAIPEI (Reuters) -- Japan delivered to Taiwan 1.24 million doses of AstraZeneca 's coronavirus vaccine on Friday for free, in a gesture that will more that double the amount of shots the island has received to date.

Taiwan is battling a spike in domestic infections and has vaccinated only about 3% of its population. Japan has agreed to procure more than 300 million doses of coronavirus vaccines from Pfizer, Moderna and AstraZeneca, more than enough to cover its entire population.

"At the time of the great east Japan earthquake 10 years ago, people in Taiwan sent us a lot of donations promptly. I believe that is etched vividly in the minds of Japanese people," Foreign Minister Toshimitsu Motegi said, announcing the vaccine donation. "Such an important partnership and friendship with Taiwan is reflected in this offer."

The vaccines landed at Taipei's main international airport early afternoon. Taiwan Health Minister Chen Shih-chung said he was "extremely thankful" the shots had arrived at a tense moment in the island's fight against the pandemic, as he reported another 472 new infections.

"I believe it will be very helpful in overall pandemic prevention," he added.

The donation is a triumph for Taiwan President Tsai Ing-wen, who has faced public anger about the slow arrival of vaccines and small protests by the main opposition party, the Kuomintang, outside her offices.

The donation "reflects the results of close exchanges between the Tsai Ing-wen government and the Japanese government over the past five years", Taiwan's ruling Democratic Progressive Party said.

Though Taiwan's share has not been announced, the island will also get shots under a White House plan for the United States to share 25 million surplus COVID-19 vaccine doses with the world.

Taiwan has received only about 860,000 doses so far, mainly AstraZeneca shots, but also a smaller number from Moderna. It has ordered more than 20 million doses from AstraZeneca and Moderna and is also developing its own vaccines.

In an emailed statement to Reuters, Johnson & Johnson said that it had been in "confidential discussions" with Taiwan about providing its COVID-19 vaccine to the island since last year, but gave no details.

The J&J vaccine requires a single dose, rather than the two-shot regimen of most other COVID-19 vaccines.

Like many governments, Taiwan's vaccine plans have been stymied by global shortages.

China, which claims the island as its own territory, has offered vaccines, but Taiwan has repeatedly expressed concern about their safety, and accused China of trying to block Taiwan's vaccine purchases internationally. Beijing denies this.

Japan approved AstraZeneca's vaccine last month and has contracted to buy 120 million doses. But there are no immediate plans to use the shots, amid lingering concerns raised internationally over blood clots.