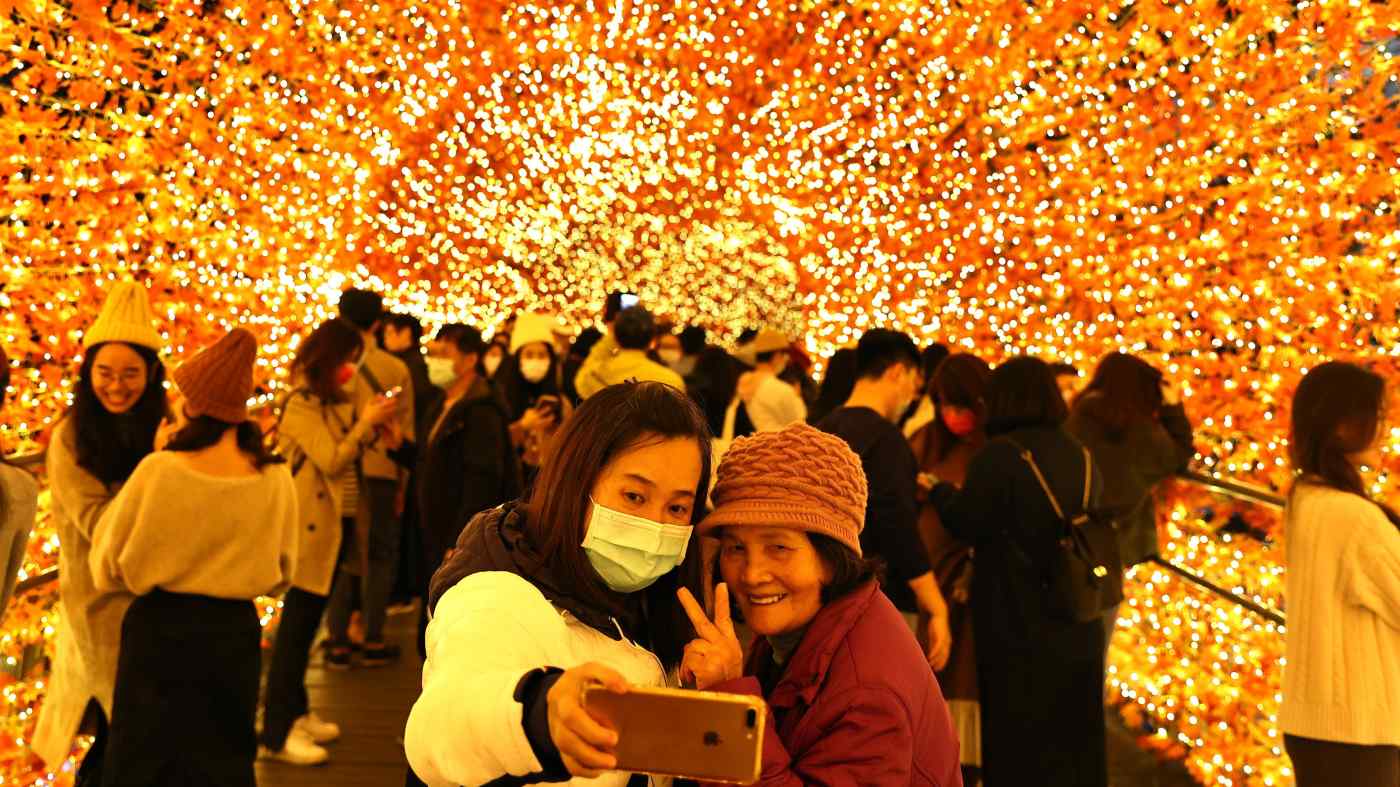 Winter festivities in Taipei on Dec. 22: Taiwan is lining up vaccines after largely keeping COVID-19 away all year.   © Reuters
December 30, 2020 17:42 JST | Taiwan
CopyCopied

TAIPEI (Reuters) -- Taiwan has agreed to buy almost 20 million doses of COVID-19 vaccine, including 10 million from AstraZeneca Plc, the government said on Wednesday, adding that it had confirmed the island's first case of the new British variant of the disease.

Taiwan has kept the pandemic well under control thanks to early and effective prevention and strict quarantine of all arrivals, with imported cases accounting for almost all of its tally of 798 cases, including seven deaths.

The island's Central Epidemic Command Centre said apart from AstraZeneca, it had agreed to buy 4.76 million doses from global vaccine programme COVAX, and was still in talks with another company it did not name.

The first vaccines are expected to arrive in March at the earliest, it added.

The AstraZeneca vaccine, being jointly developed with Oxford University, was approved by the British regulator on Wednesday, soon after Taiwan's announcement.

Taiwan plans to get a total of 30 million vaccine doses to cover about 65% of its population, with medical staff to get priority, the centre added.

Health Minister Chen Shih-chung told reporters he "really hoped" there would be a "vaccine passport" system put in place to ease international travel for those who have had the shot.

"This is something we are proactively considering," he said.

Taiwan has watched nervously as cases shoot up around the world.

The victim is in hospital in stable condition after having arrived back on Sunday from Britain and confirmed to have been infected, Chen told reporters.

From Friday, the government will further tighten entry curbs, suspending arrivals of all foreigners without residence permits, he said, though exceptions will be made on humanitarian grounds.