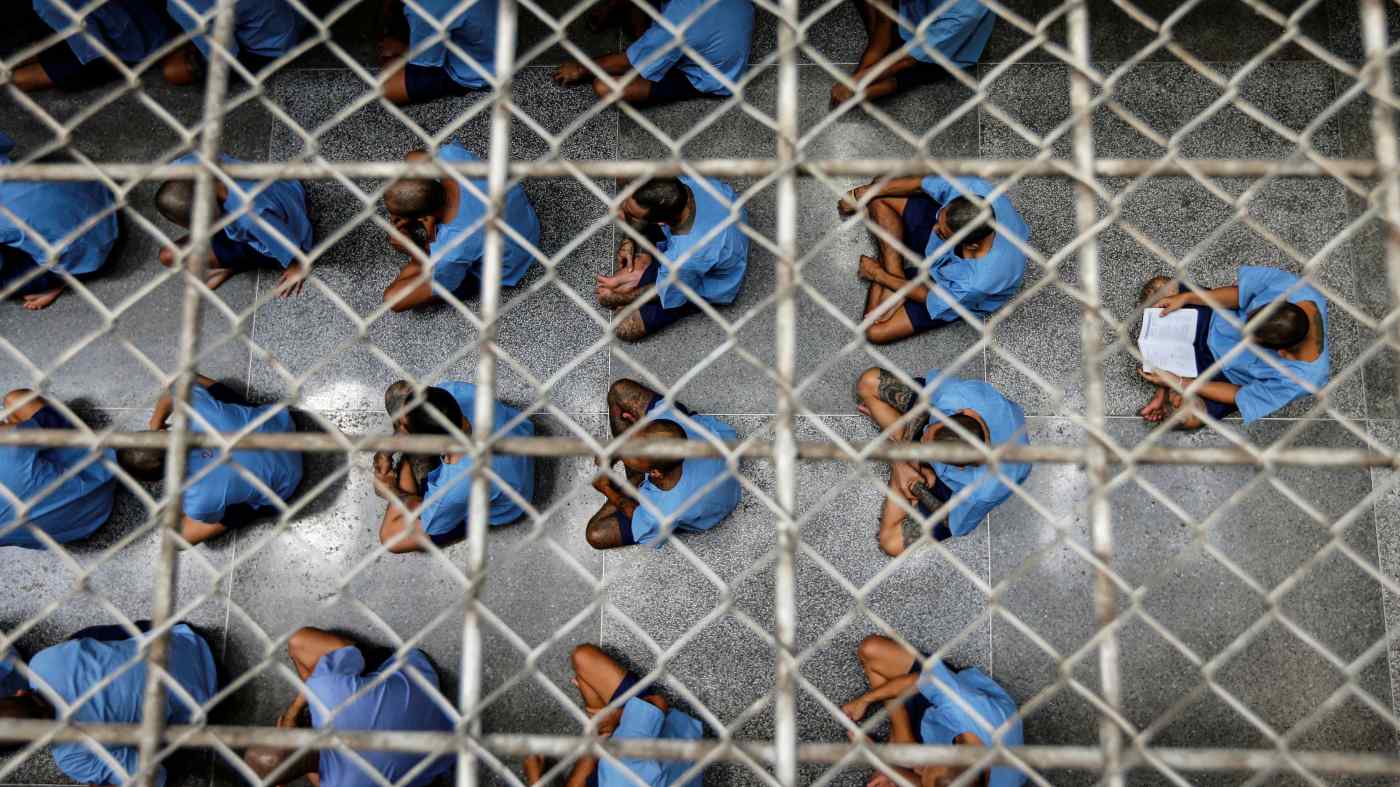 The kingdom confirmed 4,887 daily cases, breaking the previous record of 2,839, reported on April 24. The cases found on Thursday account for 5.2% of the total 93,794 infections so far recorded in the country.

Of the new cases found on Thursday, 2,835 came from the two prisons. According to the Corrections Department, Bangkok Remand Prison counted 1,795 cases and the Central Women's Correctional Institution reported 1,040.

The outbreak in Bangkok prisons was brought to light in late April when a prodemocracy activist in pretrial detention sounded a warning through his supporters. According to human rights lawyer Arnon Nampha, who has been charged under Thailand's lese-majeste and other laws, 25 inmates in his wing at Bangkok Remand Prison had tested positive. His report was posted on Facebook by his supporters on April 30. The Corrections Department confirmed on May 6 that Arnon himself had contracted the virus.

Youth-led pro-democracy rallies swept Thailand in 2020, but later most of the leaders were arrested and kept in pretrial detention for going against the lese majeste law, said to be the world's most draconian of its kind. Under it, those accused of defaming or insulting the king face up to 15 years in jail per offense, with consecutive terms possible.

Thai authorities say the activists should be kept in jail as they otherwise might repeat their offenses before their trials. But as their health deteriorated, some leaders, after being repeatedly denied, were allowed to post bail. Their release is conditional on not participating in activities that criticize the monarchy and on not leaving the country.

On Wednesday, student activist Panusaya "Rung" Sithijirawattanakul revealed she had been infected with the virus. She was released on bail on May 6, after 59 days of pretrial detention. Panusaya conducted a hunger strike in prison and was taken straight to a hospital for fatigue. It is unclear whether her poor health was due to the hunger strike or COVID.

Parit "Penguin" Chiwarak, another student activist, was released on bail on Tuesday, after 93 days of confinement and a 57-day hunger strike. It has not been confirmed whether he has tested positive for the virus.

Although Parit's release has the same conditions as Panusaya's, he has declared he will keep agitating for democracy and reforms of the monarchy.

Thailand's notoriously overcrowded prisons are vulnerable to any viral outbreak. The World Prison Brief, an online database, says that as of April 1, Thai prisons were holding 307,910 prisoners, 19.1% of whom were pretrial detainees. The Thai prison system's official capacity was 110,000 as of December 2018.

"Many people warned the Thai authorities that they needed to act proactively to avoid such a situation," Adams at Human Rights Watch said. "But it seems they got caught sleeping at the switch."

In April 2020, 11 international, regional, and domestic human rights organizations sent a joint open letter to the Corrections Department asking that it ensure the health and safety of inmates through the pandemic.

Aryut Sinthoppan, director-general of the Corrections Department, said the agency has ordered all correctional facilities to set up quarantine areas with doctors, and to inoculate all detainees.