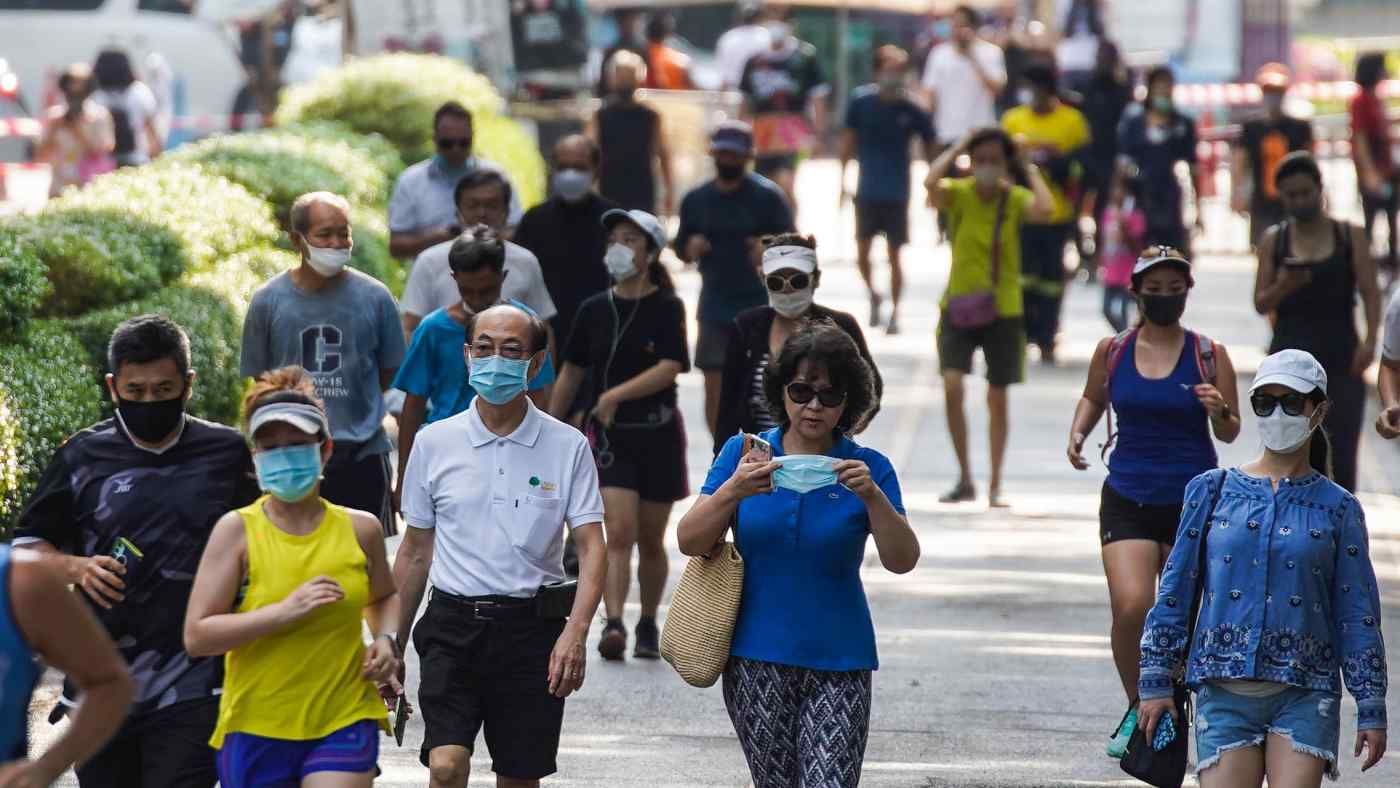 According to the Ministry of Public Health, the last time the kingdom reported no daily increase was on March 9. Until Tuesday, Southeast Asia's second-largest economy had recorded single-digit increases for eight consecutive days.

The total number of confirmed cases in Thailand since the outbreak began stood at 3,017, of which 2,844 patients have been discharged from hospitals or quarantine venues.

Apart from countries with relatively minor local epidemics, Thailand became the second large economy in Southeast Asia after Vietnam to bring down the number of new infections. On Friday, Hanoi essentially lifted all restrictions aimed at containing COVID-19. As of Wednesday, Vietnam had gone 27 straight days without logging new local infections. It has reported no deaths since the outbreak.

But it is unlikely that Thailand will rush to follow in Vietnam's footsteps.

The downtrend "does not mean that Thailand will be free from infection," said Taweesin Visanuyothin, a spokesman for the Centre for COVID-19 Situation Administration. "Everyone should maintain his or her 'new normal' life by washing their hands, wearing a mask and keeping their distance," he warned at a news conference on Wednesday.

The kingdom is lifting its soft lockdown measures step by step, while maintaining a state of emergency and curfew until the end of May. The government has a four-phase easing process. Each phase will have a two-week assessment period to ensure that the easing does not create a spike in new patients.

The first step took place on May 3. Businesses such as restaurants, hair salons, wet markets, and golf courses reopened with strict hygiene guidelines. The ban on alcohol sales by retailers has also been lifted.

The lack of new cases on Tuesday will give impetus to further easing on Sunday. On Friday, the government is expected to finalize which types of businesses will reopen in the second phase.

Taweesin on Monday hinted that reopening of shopping malls and department stores is being considered. Outdoor sports stadiums may also be allowed to operate without spectators. Botanical gardens, galleries, public libraries, and foot massage salons are also on the list of possible reopenings.

In the second phase, beauty salons may be allowed to offer a wider range of services, such dyeing and permanents. At present, services are limited to haircuts, shampooing and blow-drying.

The kingdom also has an inbound flight ban through May 31 to screen out potential novel coronavirus carriers from abroad. The ban is likely to remain in effect, as the state of the pandemic varies widely around the world, and even within the region. The Philippines, Singapore and Indonesia continue to report hundreds of cases daily. Malaysia's strict lockdown has brought down daily increases in new infections, but it continues to report double-digit rises.