Prayuth says everyone must stay home from 10 p.m. to 4 a.m., effective Friday 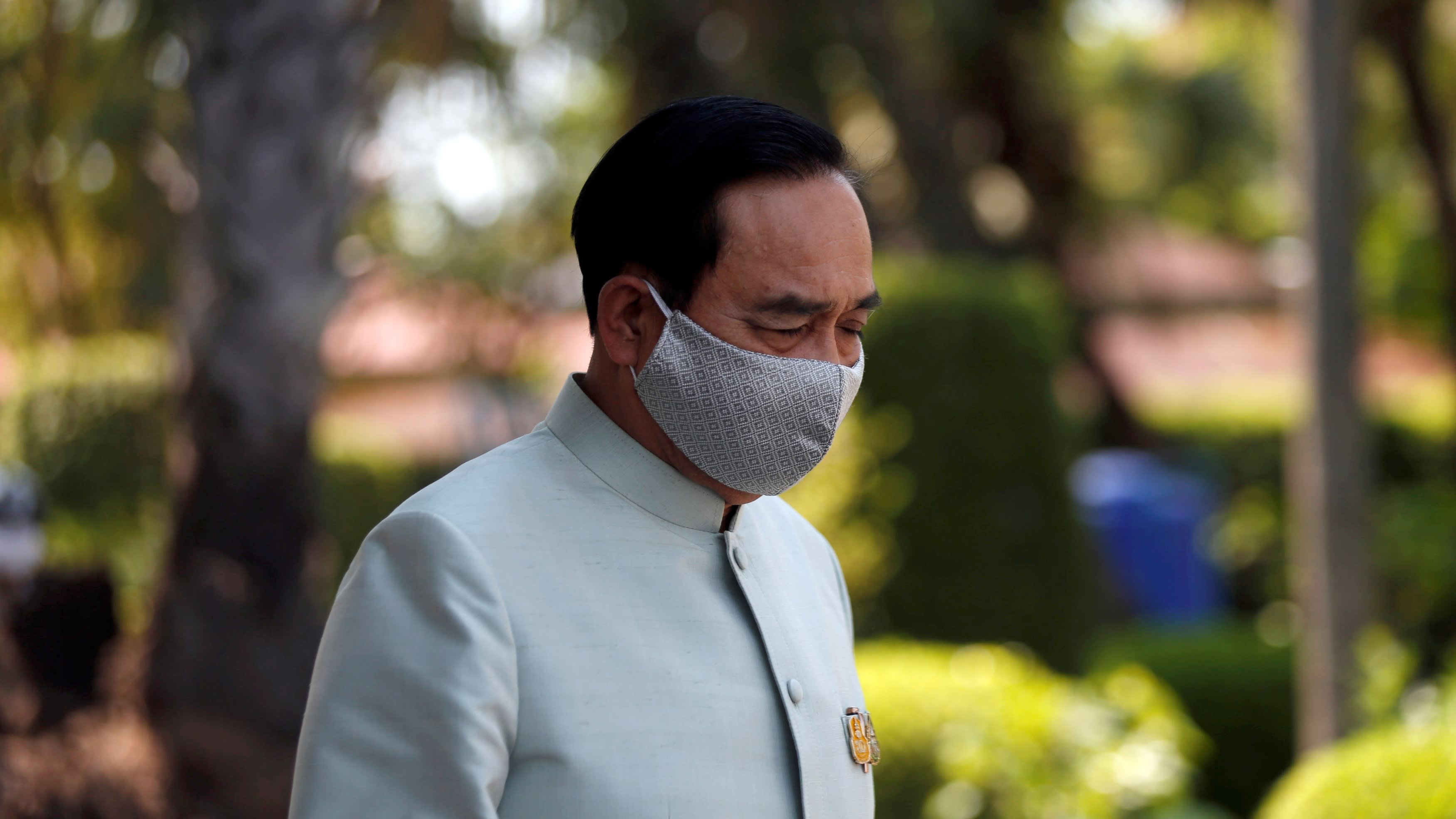 People will be ordered to stay home from 10 p.m. to 4 a.m. Exceptions will be made for certain reasons, such as seeking medical care and transporting consumer goods, newspapers, fuel and parcels.

The Thai government invoked a nationwide state of emergency a week ago. Strict measures, such as prohibitions on public assembly and hoarding of goods, were imposed to reduce contact between people and ensure supplies.

International observers had already questioned the necessity of these measures, let alone a curfew. But Prayuth stressed in his speech that the country is in a situation where it should put "health before freedom."

Prayuth did not specify when the curfew would be lifted. The emergency decree is effective until April 30, but it could be extended depending on the epidemic situation. Curfew violations are punishable with up to two years in prison, a fine not exceeding 40,000 baht ($1,200), or both.

On Thursday, Thailand reported 104 new infections, bringing the total to 1,875 with 15 deaths. Although the daily increase has never surpassed 200, the tally has steadily risen by at least 100 every day since March 22, barring one day.

Bangkok is a local hot spot, with over 1,000 confirmed cases in the capital and its vicinity. The Bangkok Metropolitan Administration has ordered closures of many businesses including shopping malls, hair salons, golf courses, and restaurants except for take-aways. Other provinces have applied similar measures. Nevertheless, the virus has continued to spread.

There have been scattered reports of young people dining and drinking in parks and on beaches, since many restaurants and bars are shuttered. The curfew is ostensibly aimed at putting a stop to such gatherings.

But in a way the move takes Thailand back to May 2014, when then-Army Commander Prayuth declared martial law and launched a coup.

This time, some in the international community are skeptical of Thailand's use of the state of emergency. Among the stringent measures are prohibitions on any media content that may instigate fear among the public or cause misunderstandings that could affect public order or morale.

"The virus' spread in Thailand demands a forceful response, but there is no reasonable justification for the type of restriction on speech imposed by the government," said Matthew Bugher, head of the Asia Program at British human rights organization Article 19. "Emergency powers should be limited to those strictly necessary to ensure an effective public health response. Broad restrictions on speech are counterproductive in these circumstances."