Curbs will be eased, paving way for allowing business travel from Japan and China 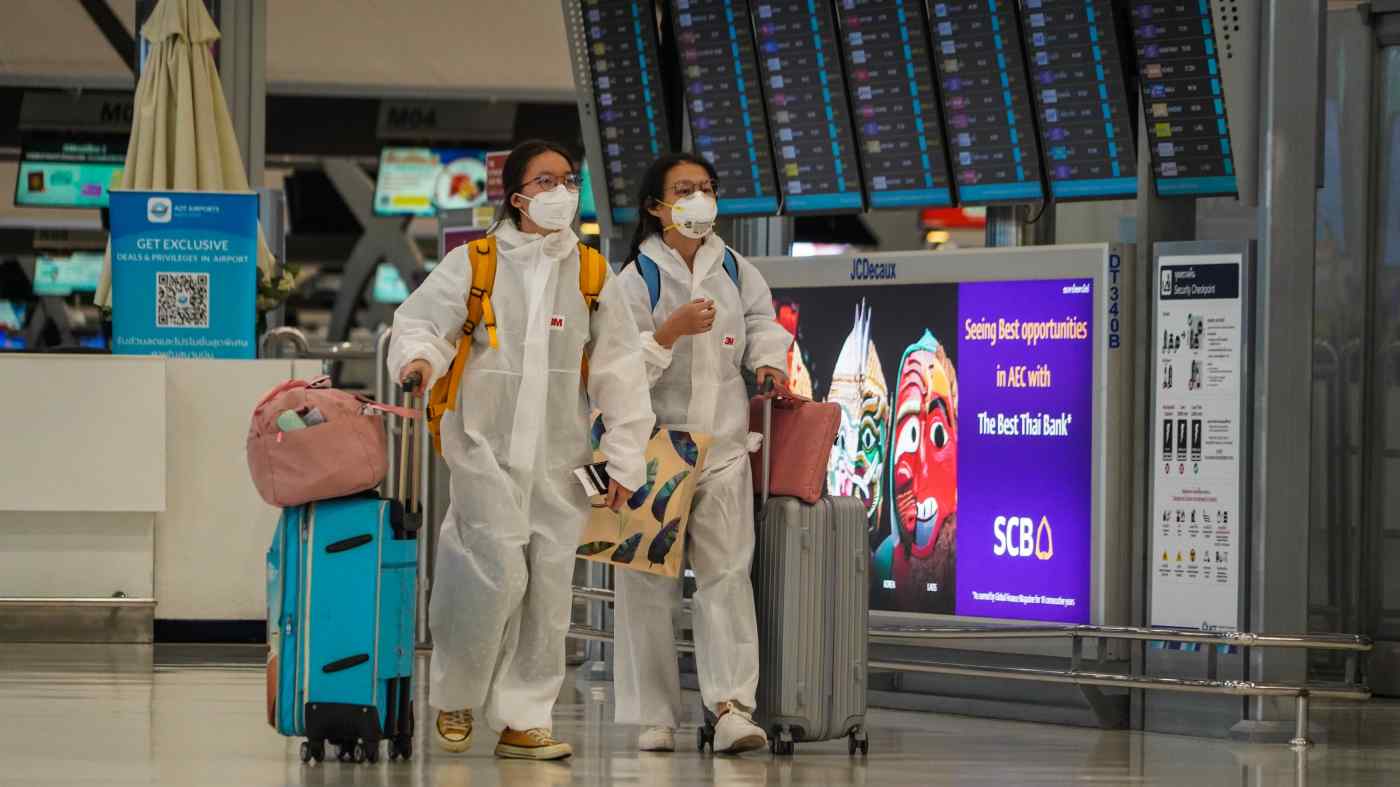 Passengers walk through Suvarnabhumi Airport in Bangkok on June 8. Thailand is extending its coronavirus state of emergency for a third time but will also further ease restrictions, including some covering travel into the kingdom. (Photo by Akira Kodaka)
MASAYUKI YUDA, Nikkei staff writerJune 30, 2020 16:11 JST | Thailand
CopyCopied

BANGKOK -- The Thai government has decided to keep the kingdom under a state of coronavirus emergency until July 31 despite having recorded no local transmission for over a month.

It is the third extension of the emergency decree, which was originally imposed from March 26 and was scheduled to end on April 30. Two previous extensions followed, each lasting a month.

The decree allows the Thai government led by Prime Minister Prayuth Chan-ocha to limit people's rights such as for public gatherings, while giving the former military junta chief authority to implement policies with minimum interference by the cabinet.

Wielding the power of the decree, the government from late March ordered a wide range of businesses and activities to close. But it gradually lifted the restrictive measures as local transmissions receded.

The latest round of easing was announced on Monday and will be applied from July 1. Bars and pubs can reopen but they can only operate until midnight. Internet cafes will reopen as well. Shopping malls and department stores can extend their operations for another hour until 10 p.m., while convenience stores can open for 24 hours. Schools will restart, as will red-light districts.

The Thai government went through four phases of restriction easing. Between each phase, it placed the country under close watch for two weeks to ensure that a new outbreak would not be triggered. The process has proved successful so far: Thailand reported no local transmissions of the novel coronavirus for 36 days as of Tuesday.

The government had deemed it necessary to remedy the COVID-19 situation in a unified, expeditious, and efficient manner. Secretary-general Somsak Roongsita of the National Security Council, a government advisory body, said that the government would have had to make five normal laws to deal with the pandemic minus the emergency decree, which contains sweeping provisions allowing officials to carry out surveillance of disease control nationwide.

But international rights organizations have criticized Thailand for what is seen as a facile use of the special measure. "The emergency decree provides Thai authorities unchecked powers to suppress fundamental freedoms with zero accountability," said Brad Adams, Asia director of Human Rights Watch, when the decree was extended in May.

"There is no legitimate basis for extending this decree, which allows for the arbitrary and disproportionate restriction of rights guaranteed under international law and the Thai constitution," Adams added.

On Tuesday, the Civil Aviation Authority of Thailand will lift a landing ban on international flights it imposed from April 3. But it said on Monday that it will still apply a new set of stringent international travel restrictions starting Wednesday that will last until further notice. Under those measure tourists will effectively continue to be kept out of the kingdom.

For short-term business trips, special arrangements are being negotiated bilaterally with Japan, South Korea, Singapore, China and Hong Kong to allow people traveling on business and technical experts to enter, according to the Centre for COVID-19 Situation Administration. Once agreements are reached, such people from those countries or regions can also visit Thailand.

Those areas were chosen according to certain criteria. They are either countries or regions with economic importance for Thailand, have contained the coronavirus in a fashion similar to Thailand, exhibit effective public health and are willing to make arrangements with the kingdom.

But only 200 people per day will be allowed to enter so that the arrivals will not exceed Thailand's state quarantine capacity. Those staying long term stayers must submit to state quarantine for 14 days upon arrival. The government, however, is preparing to set up shorter quarantine procedures for people from countries that have special arrangements with Thailand.