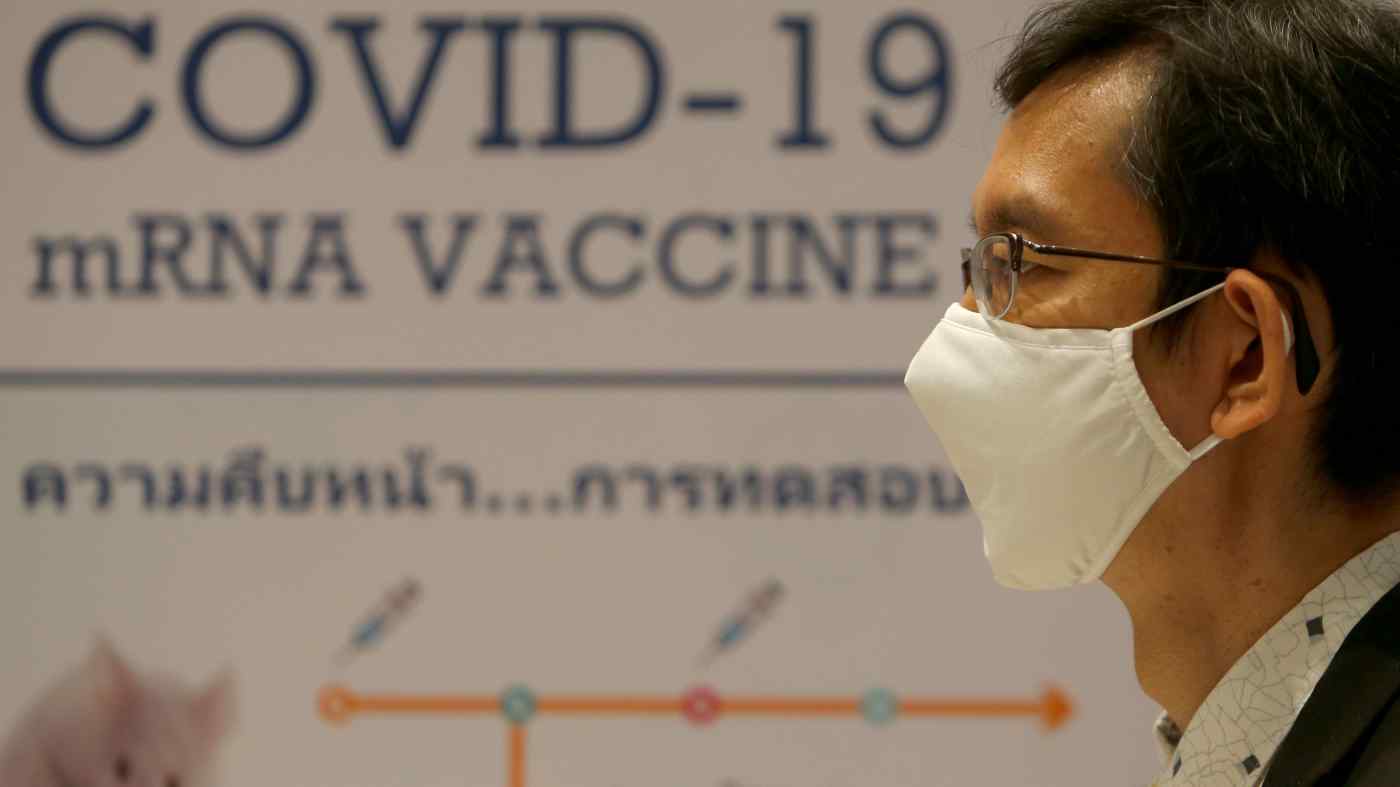 BANGKOK -- Thailand is struggling to secure enough COVID-19 vaccines for its entire population as the race to acquire doses intensifies across the world.

The kingdom will begin its vaccination program late February when the first 200,000 doses produced by China's Sinovac is expected to be delivered, said Kiattibhum Wongrajit, permanent secretary at the Ministry of Public Health, at a news conference on Monday.

So far, Thailand has managed to secure around 63 million doses of vaccines, Kiattibhum said, which will only be enough to vaccinate less than half Thailand's population of 66.5 million, given as each person needs two doses. The shots will be given throughout this year, he said.

Thailand plans to import a total of 2 million doses of Sinovac's vaccines by April, according to Kiattibhum. But its biggest order is from U.K.-based AstraZeneca. The first batch of 26 million doses is due to arrive in May and another 35 million doses will come after that.

Thailand is already behind its regional peers. Singapore has already started inoculation in December while Indonesia is set to begin its vaccination program on Wednesday. Indonesia, with a population of 270 million, has so far managed to secure 229 million doses of COVID-19 vaccines from Sinovac, Novavax and global vaccine program COVAX. The health ministry has set a target of vaccinating 181 million of Indonesia's 270 million people in 12 months.

Thailand has been facing a spike of new infections since December. Thailand reported 287 new cases on Tuesday, bringing the total number of infections to 10,834. The tally included nine cases imported from abroad. Thailand has recorded 67 coronavirus-related fatalities so far.

The rise in infections has increased pressure on the government to secure more doses as well as provide a clear outline of its vaccination program to the public. Thailand's own vaccine development program is struggling to raise funds. Chulalongkorn University, one of the country's top institutions, has partnered with pharmaceutical startup Baiya Phytopharm to develop a vaccine and to start human trials mid-2021, with an aim of making the shot available for Thais by late 2021.

However, Chulalongkorn University President Bandit Euaporn who oversees the project said it needs around 500 million baht ($16.6 million) to develop and distribute the homegrown vaccine and has asked Thais for donations toward this effort. Donors can reserve vaccines if they are launched commercially.

"We would like to invite one million Thais to take part in 'Team Thailand' by donating 500 baht each. The donations started from Dec. 18," Bandit said.

Critics said the government should foot the bill.

"It's just small budget that the government can immediately throw in to accelerate the project and all Thais will be vaccinated equally. I don't understand why the researchers have to set up such a complicated donation campaign," said Sunai Chanya, a 38-year-old office worker.

Another person who asked not to be named said: "It's the government's duty to secure vaccines to all Thais, who deserve vaccine. It's not because who donates and who doesn't."

So far, only around 100,000 people have donated. The vaccine developers are thinking about allowing people to donate more than 500 baht if they like so that they can reach their target amount faster.

"Many big companies also express their will to donate a big sum of money to help rev up our vaccine project and we are thinking of making it as an optional choice in order to get fund as planned," said Natcha.