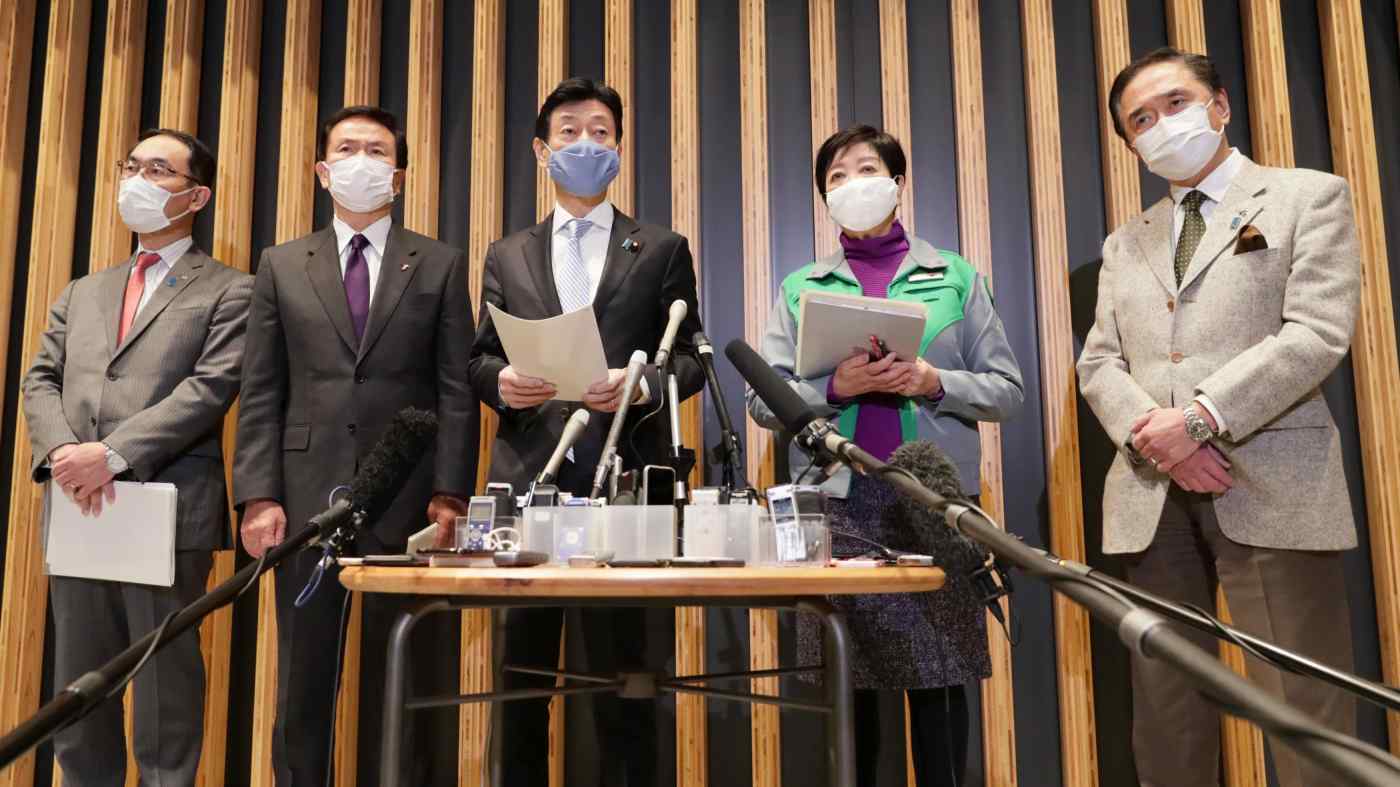 TOKYO -- The governors of Tokyo and its three neighboring prefectures on Saturday called on the Japanese government to declare a state of emergency to combat the surging coronavirus.

The call for action marks perhaps the biggest test so far for Prime Minister Yoshihide Suga's government, which is only three and half months old.

Koike told reporters that the government must restrict the movement of people given the increasing number of new infections in the capital. Nishimura said he and the governors "agreed that we are in a severe situation that warrants us considering the declaration of a state of emergency," adding that the government needs to consult with its coronavirus expert panel before making a decision.

Suga will explain his government's plan for curbing the virus' spread during his New Year's news conference on Monday. Having pledged to balance prevention and the economy, the prime minister has taken a careful stance thus far on declaring a new state of emergency. 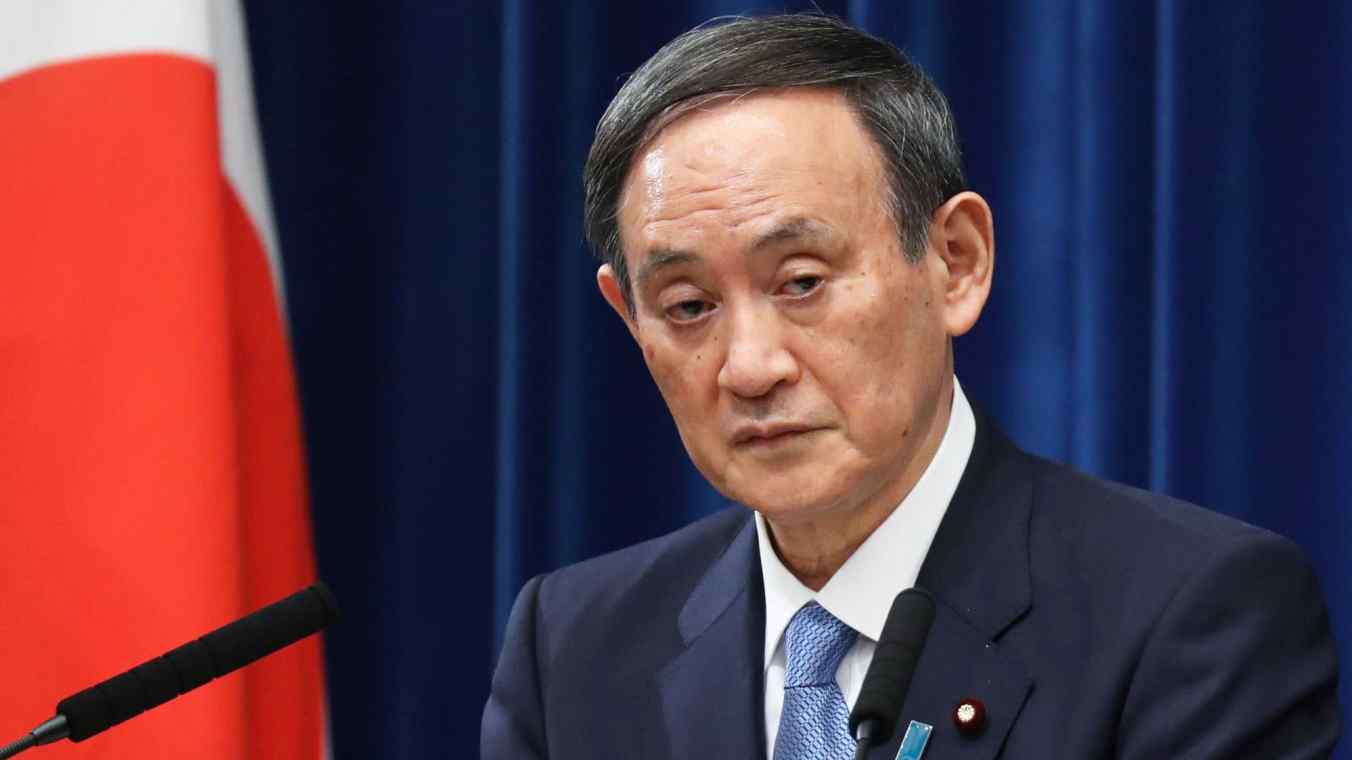 Japan to declare month-long COVID emergency as soon as Thursday

Nishimura asked the governors to make stronger requests of their residents and businesses, such as urging more restaurants to shorten their opening hours and encouraging more companies to allow employees to work from home. He also suggested requesting workplaces and schools to ramp up their prevention measures, and said the governors can tighten restrictions on holding large events and gatherings.

During a meeting with Tokyo Metropolitan Assembly members earlier on Saturday, Koike said she "will ask Minister Nishimura to declare a state of emergency in Tokyo and the three prefectures."

The number of infected people in Tokyo has been increasing rapidly. On Thursday, a record 1,337 people were confirmed to have been infected, the largest number of new daily infections. In Kanagawa that day, a prefectural record of 588 people tested positive for the virus, up from 432 on Wednesday.

The Tokyo metro government has already been requesting restaurants and other establishments to shorten their hours and to close by 10 p.m., but this has not had a significant effect, convincing officials to request the government to issue a declaration.

The prime minister can declare a state of emergency to prevent the spread of a novel coronavirus under the revised law on infections diseases. Without the declaration, prefectural governors can request residents to refrain from going out and businesses to close offices. Under a state of emergency, governors of targeted areas have a clear legal basis to make such requests.

The government in April declared a state of emergency for seven prefectures, including Tokyo and Osaka, before expanding the measure nationwide. The emergency was lifted on May 25.

Also on Saturday, Prime Minister Yoshihide Suga met with Hideki Tarumi, administrative vice minister of health, labor and welfare, for about 40 minutes and analyzed the current situation regarding infections. New infections in Tokyo and the three surrounding prefectures account for half of all cases nationwide.

As 2020 drew to a close, Suga requested those who live in greater Tokyo to refrain from going out.

The prime minister will hold a New Year's news conference on Monday, when he will detail the government's countermeasures.

Suga has been fighting two policy battles at once -- containing infections while keeping the economy going. But the spread of the virus has been accelerating to the point where administrators of hospitals and other medical facilities are feeling overwhelmed.

On Dec. 21, nine medical associations, including the Japan Medical Association, declared a "state of a medical emergency," saying care facilities will not be able to offer ordinary medical services if the spread of COVID-19 continues to gain pace.

In a survey conducted by Nikkei in December, 48% of respondents answered that the government should declare a state of emergency to contain the coronavirus, for the first time outnumbering those who were cautious about such a declaration out of concern for economic hardship.