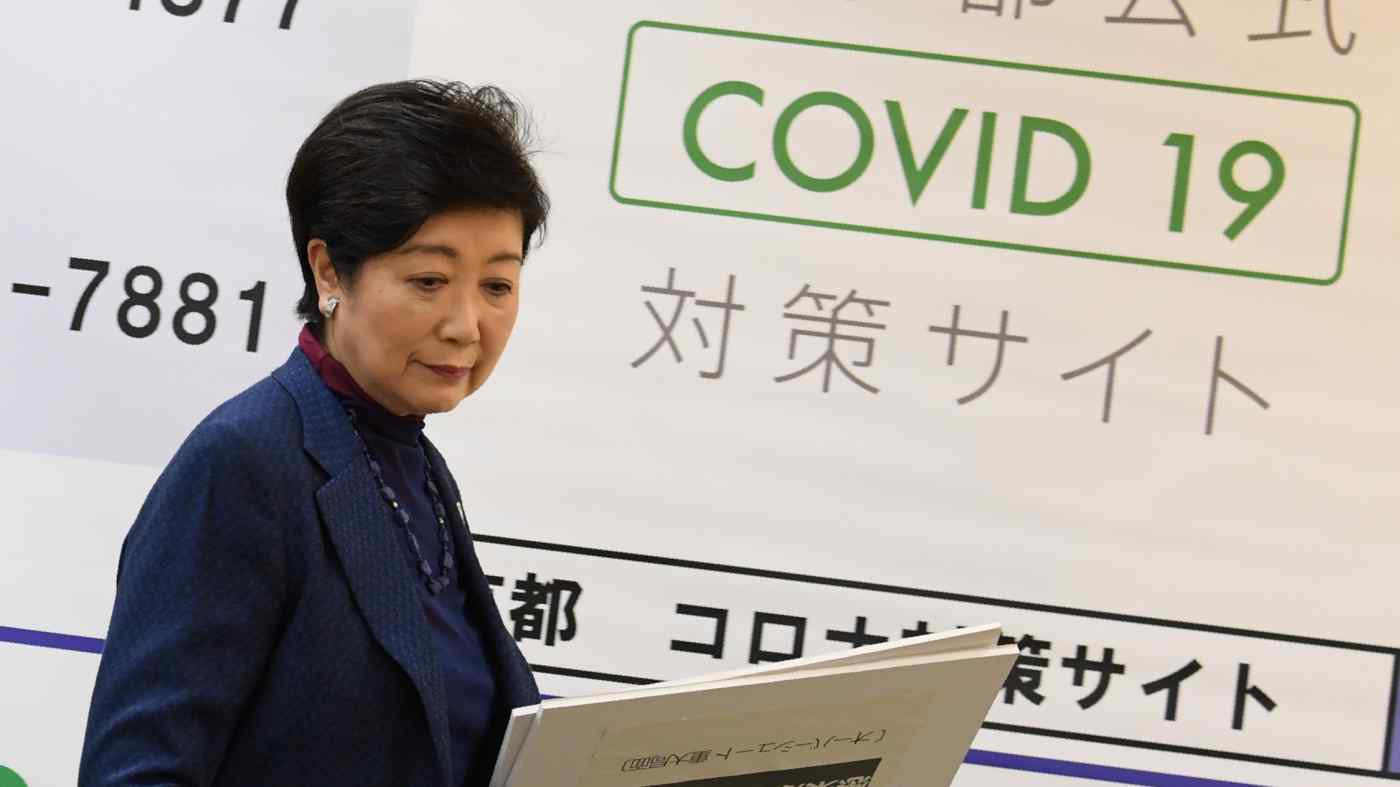 TOKYO -- Tokyo Gov. Yuriko Koike on Wednesday hinted she would consider a lockdown of Japan's capital should there be a further surge in new coronavirus infections.

Koike said she was not considering such a move at this time, but would consult with experts before making such a call. "In the end, it will come down to a political decision," she told reporters in Tokyo.

She requested that residents refrain from unnecessary outings during weekends, following a jump in the number of infections.

The city recorded 41 new cases of the novel coronavirus on Wednesday, its highest daily figure. Five of the people recently returned from foreign trips. The city has now recorded 212 cases.

"To prevent an overshoot, or an explosive increase, we need the cooperation of the people of Tokyo more than anything else now," Koike told reporters in Tokyo. "We are in a critical phase... We'd like everyone to understand that how they behave will affect society as a whole."

Koike asked people to avoid restaurants and to stay away from indoor and outdoor gatherings. She also requested that people work from home as much as possible and refrain from going out at night.

Last weekend, many people went out to see cherry blossoms as the weather became warmer. The governor's call Wednesday was an attempt to warn the capital's citizens that it was still necessary to exercise caution.

Tokyo officials say the request to refrain from unnecessary outings will last until April 12.

On Thursday, three prefectures surrounding Tokyo -- Kanagawa, Chiba and Saitama -- said they would urge people not to make unnecessary visits to the capital. 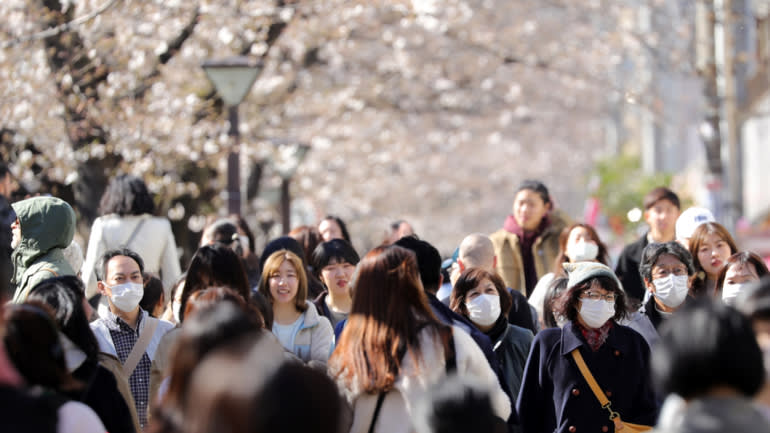 Especially alarming for the capital is the increase in cases where the route of the infection cannot be traced. Of the 41 patients confirmed on Wednesday, reasons for the infection were unclear in more than 10 cases.

An expert panel of the Japanese government has been warning of a possible increase in the number of cases, and urged people not to travel to Europe and the U.S., the new epicenters of the coronavirus crisis that first broke out in China. This has prompted the return of many Japanese living overseas.

Japan has avoided a spike in coronavirus cases so far. This is partly due to steps such as the nationwide closure of schools and voluntary cancellations of large indoor and outdoor events and social occasions.

As of Wednesday, 1,193 people had tested positive, with 43 deaths in Japan, according to the health ministry.

Japan has had relatively fewer cases and deaths than other countries. More than 370,000 people have been infected globally, with over 16,000 fatalities.