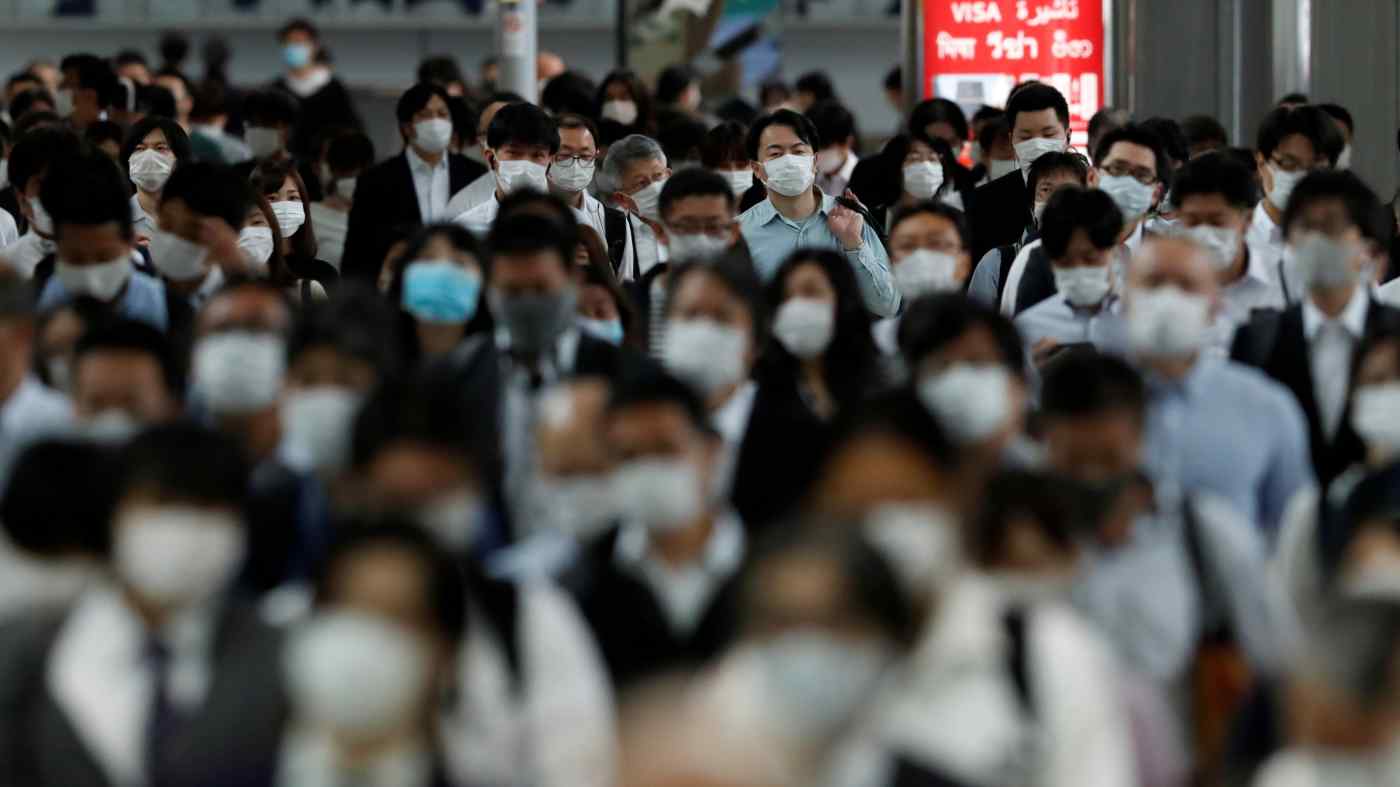 Rush hour commences at Tokyo's Shinagawa station on May 26, the first day after the Japanese government lifted its state of emergency for Tokyo.   © Reuters
June 16, 2020 11:36 JST | Japan
CopyCopied

TOKYO (Kyodo) -- Antibody tests for the novel coronavirus suggest a 0.1 percent infection rate in Tokyo, health minister Katsunobu Kato said Tuesday, as the government seeks to better grasp the scale of the pandemic's spread in Japan.

The health ministry began earlier this month testing for coronavirus antibodies in Tokyo as well as in Osaka and Miyagi prefectures. The positive rates for Osaka and Miyagi in the country's west and northeast were 0.17 percent and 0.03 percent, respectively.

Samples were collected from a total of about 8,000 people in the three regions. The presence of antibodies indicates a person has been infected with the virus, regardless of whether the person developed symptoms or not.

The figures are notably higher than the ratio of 0.015 percent based on the 18,261 people who have been confirmed to be infected with the virus in Japan by Monday out of the country's total population of roughly 125.9 million.

But they still show only a very limited spread of the virus and compare with positive rates of some 20 percent detected in antibody tests in New York City and 5 percent in Spain.

The health ministry conducted the survey between June 1 and 7, targeting residents aged 20 and above. It aimed to estimate how many people could become infected if a second wave occurs and how many would need vaccination.

The ministry initially sought to collect samples from 10,000 people in total.

In Japan, antibody tests have also been conducted in the private sector and by sports organizations, including the Japan Sumo Association.

SoftBank Group Corp. has conducted the test for some 44,000 people, including its employees and medical workers, and found 0.43 percent of them tested positive.