Tokyo night transport to be cut despite loose state of emergency 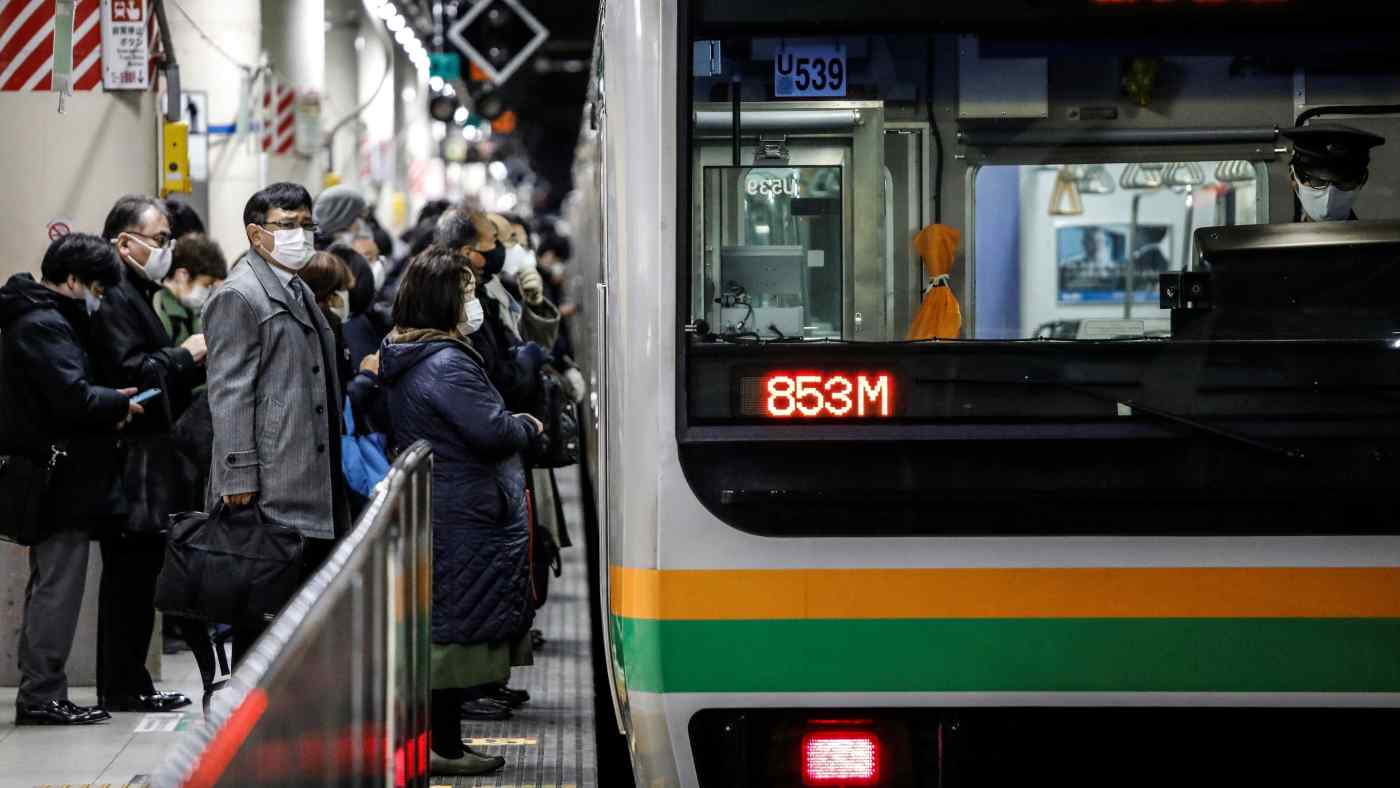 TOKYO -- Japan's public transport providers are considering limiting operations to reduce mobility under the country's new coronavirus state of emergency, which is largely voluntary with no effective punishments for those who do not comply with curfews.

The municipal governments of Tokyo and three neighboring prefectures of Kanagawa, Chiba and Saitama requested train operators on Thursday to bring forward the hours of their last trains under the state of emergency, which is expected to last until Feb. 7. By Friday, the national government had made the same request to the operators.

Major train and subway operators, including Tokyo Metro, East Japan Railway Company and Seibu Railway, are yet to finalize the details but are preparing to comply with the request. "We are coordinating with other subway lines that have shared operations," said a representative at Tokyo Metropolitan Government's transportation bureau, which also operates subways and other means of public transport.

From Friday, the state of emergency calls for the public to refrain from going out after 8 pm to curb the spread of COVID-19 infections. A lack of available transportation could create a real incentive for people to stay home, in a city where many rely on public transport rather than their own cars.

Buses are also reducing their operations. Seibu Bus on Friday announced that it would stop all night buses from Jan. 18. From Friday, it also stopped buses travelling from Tokyo to other prefectures of Toyama or Niigata. "Demand is expected to drop after the emergency declaration," said a spokesperson for Seibu Holdings. Tokyo's transportation bureau is also considering stopping some night buses after 11pm. An employee waits for customers along a restaurant street in Tokyo, where bars and restaurants have now been asked to close by 8 p.m. (Photo by Ken Kobayashi)

Meanwhile, taxis would still be available, albeit as a more expensive option. "Taxis would be available 24 hours, and there would be no changes at the moment," said a spokesperson at taxi operator Teito Motor Transportation. A spokesperson for Daiwa Motor Transportation said, "if trains end early, taxis will cater to demand" for travelling at night.

ANA, the country's largest airline, had 58% less passengers than the previous year over the New Year holiday season, as the spread of coronavirus infections halted the Go To Travel campaign which offers up to 50% subsidies on domestic travel. The government announced Thursday the extended suspension of the scheme during the state of emergency period.

"Passengers are expected to refrain from making trips" during a state of emergency, said Hiro Miyagawa, head of global communications at ANA. "We will adjust capacity in response to passenger demand."

Although airlines and travel companies are likely to face turmoil in the coming months, some believe a state of emergency is necessary for the industries to stop the spread of the virus nationwide and bring their businesses back to normality in a short period of time.

On the first day of the state of emergency, other sectors also cut their business operations. Department store Isetan Mitsukoshi Holdings is closing six of its stores by 7 pm, except for the restaurant floors that would close at 8 pm. McDonald's will only offer take-out and delivery services after 8 pm in areas under the state of emergency, in stores that were able to quickly respond. Starbucks Coffee Company also announced that its stores would close by 8 pm in these areas by next week.

Meanwhile, it remains to be seen how many businesses will refuse to cooperate. Global-Dining, which runs the Gonpachi restaurants, has drawn controversy by openly declaring it will continue its normal night time operations.