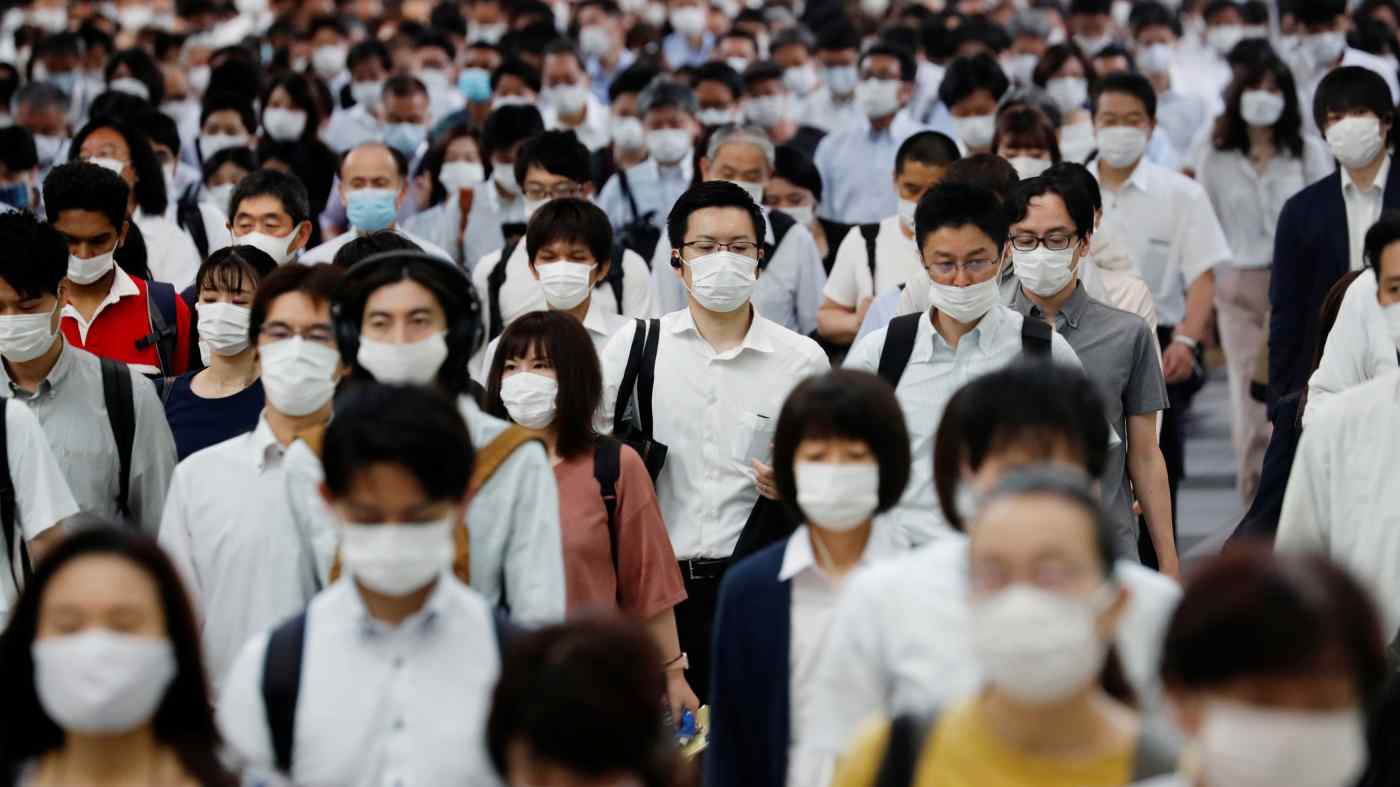 TOKYO -- Tokyo on Thursday posted its biggest one-day rise in new coronavirus infections, raising fresh questions over whether it will continue to lift restrictions on economic activity.

Tokyo reported 224 new confirmed cases, about triple the previous day's figure and above the previous one-day record of 206 cases seen on April 17. It brings the total number of infections to 7,272.

Tokyo Gov. Yuriko Koike said more than 80% of the new patients are below the age of 40, and that most cases had been traced to areas where restaurants and bars were bustling at night.

Some cases were previously linked to night clubs in red-light districts, but Koike attributed the recent rise to young people partying and dining out.

"There will be efforts to prevent [the infections] to the elderly," she said.

She added that the increase in testing capacity could also be a reason for the rise in confirmed cases. The 224 new cases were identified from some 3,400 polymerase chain reaction tests.

The new cases will stir debate over the government's plans to reopen more parts of the economy. The government plans to raise from Friday the upper limit of the number of participants in events to 5,000 from 1,000. Professional baseball and J-League will resume games with spectators.