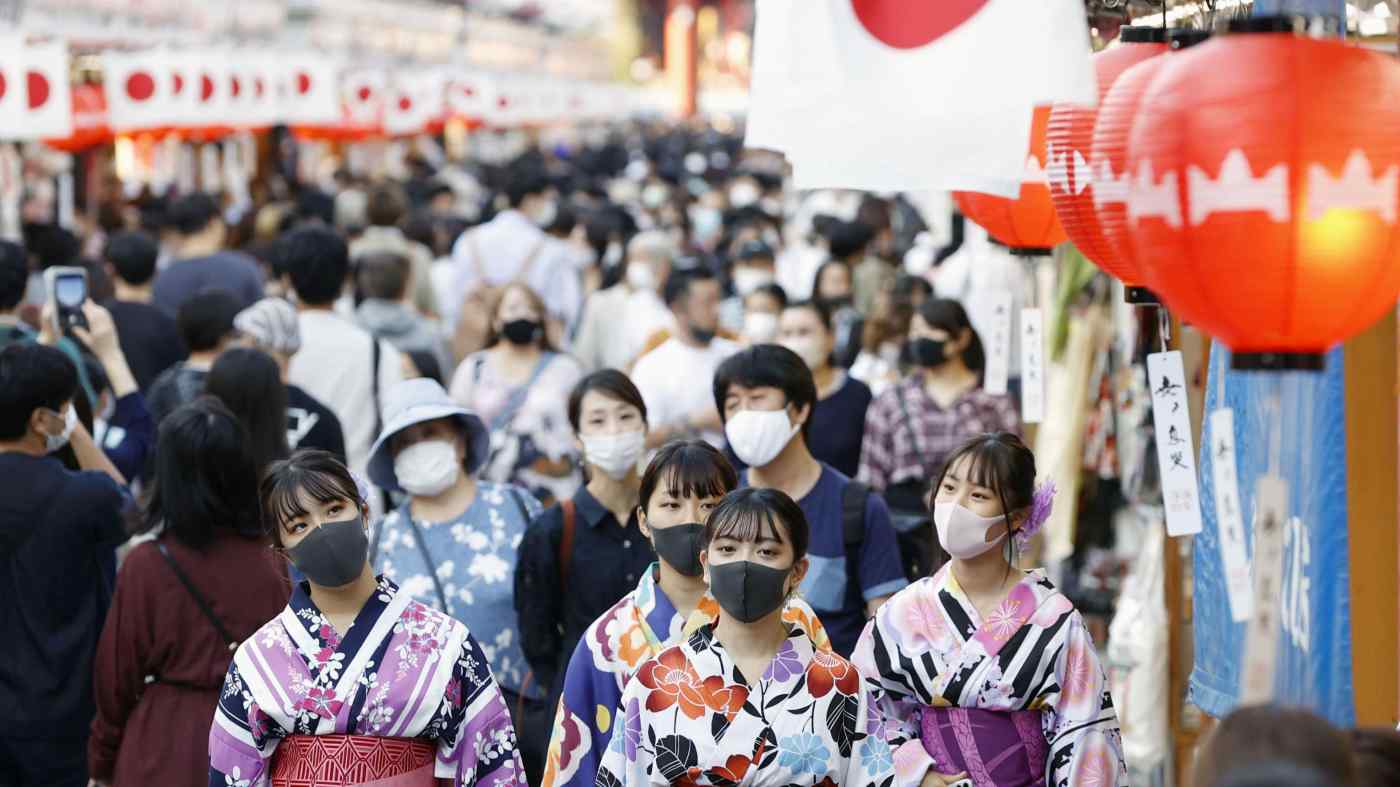 TOKYO -- Residents of Tokyo will from Thursday be able to take advantage of national travel subsidies, as Japan seeks to revive its coronavirus-battered tourism industry.

The government is offering 1.3 trillion yen ($12.3 billion) in inducements that cover up to half of applicants' domestic travel spending -- 35% for accommodation and 15% for restaurant and souvenir coupons. The subsidy is capped at 20,000 yen per person per night.

Tokyo residents and travelers to the capital had been excluded from the campaign, known as Go To Travel, since its launch at the end of July because of the relatively high number of infections in Tokyo.

But while the move has been welcomed by hoteliers and others in the tourism industry, fears remain that the likely increase in travel will further spread the virus. The weekly average of infections has fallen in Tokyo from a peak hit at the beginning of August, but still remains higher than the level when the government imposed a nearly two-month state of emergency in April.

Soichiro Ishima, sales strategy manager at Hotel Kajikaso, a Japanese-style inn in Hakone -- less than one hour from Tokyo -- told Nikkei Asia that the campaign's impact had been big even before the inclusion of the capital because of the arrival of guests from nearby prefectures. Ishima said he was relieved to see his hotel almost full during a four-day holiday weekend late last month.

Luxury rooms such as ones costing 40,000 yen per night, including those with private open-air hot spring baths and in-room dining, were very popular at the inn formerly favored by group travelers, Ishima said.

"Guests probably want to have the full benefit of using the campaign," he said.

The inclusion of Tokyo, where more than 10% of Japan's total population of about 126 million people reside, is expected to significantly boost travel. The national government said in mid-September that over 13 million people had used the program through the end of August. Prime Minister Yoshihide Suga said Sunday that "a dozen" cases of coronavirus infection have been confirmed among those who used the program.

Ishima from the Kajikaso inn expects that an increase in potential guests from Tokyo will help bookings tick up through January, the planned end of the campaign. The hotel is conducting thorough COVID-19 infection prevention measures, including moving the check-in counter to reduce crowding.

Some hotels in Tokyo, meanwhile, are already witnessing a surge in bookings.

On Sept. 18, when Prince Hotels & Resorts started selling packages for its facilities in the capital, the chain witnessed a huge spike in reservations -- soaring fivefold from a year earlier in the two hours after noon on that day. The Prince Park Tower Tokyo in Tokyo's Minato Ward, in particular, saw 50 times more bookings than a year earlier.

The Tokyo Metropolitan Government's own program is expected to further stimulate travel demand in the city. Officials announced last week the addition of an extra 5,000 yen in subsidies per night on top of the national campaign when a resident makes a trip within the city.

But not all destinations are benefiting from the national government's campaign. An official at the Yokohama Convention and Visitors Bureau in the major port city said there has been no notable increase in hotel bookings by tourists from nearby Tokyo.

The official said a wait-and-see attitude is spreading among Tokyo residents, adding: "We plan to step up our efforts to attract tourists toward the winter season, which is good for enjoying illuminations," a reference to light shows popular in the run-up to Christmas and New Year's.

A hotelier in Atami, another hot spring resort not far from Tokyo, was unhappy with the operation of Go To Travel. "The campaign should have excluded Fridays and Saturdays," he said, as guests at his hotel tend to come mainly on weekends. "It becomes challenging to disperse guests to avoid crowds."

Nearly half the inn's guests previously consisted of group travelers, but the hotelier said it is now struggling to cover sales solely with individual tourists as people are avoiding affordable room rates like those it provides. The coupon scheme for nearby restaurants and shops is also scheduled to start Thursday, but he said they hadn't arrived as of Tuesday evening.

Yuichi Yamada, chief researcher at the Japan Travel Bureau Foundation, a think tank, said the program's inclusion of Tokyo, which accounts for nearly 30% of domestic travel demand, will have "a large impact."

"It is not that people travel and infections spread," Yamada said, rather it is "those who do not restrain their behavior when traveling are those that spread infections."