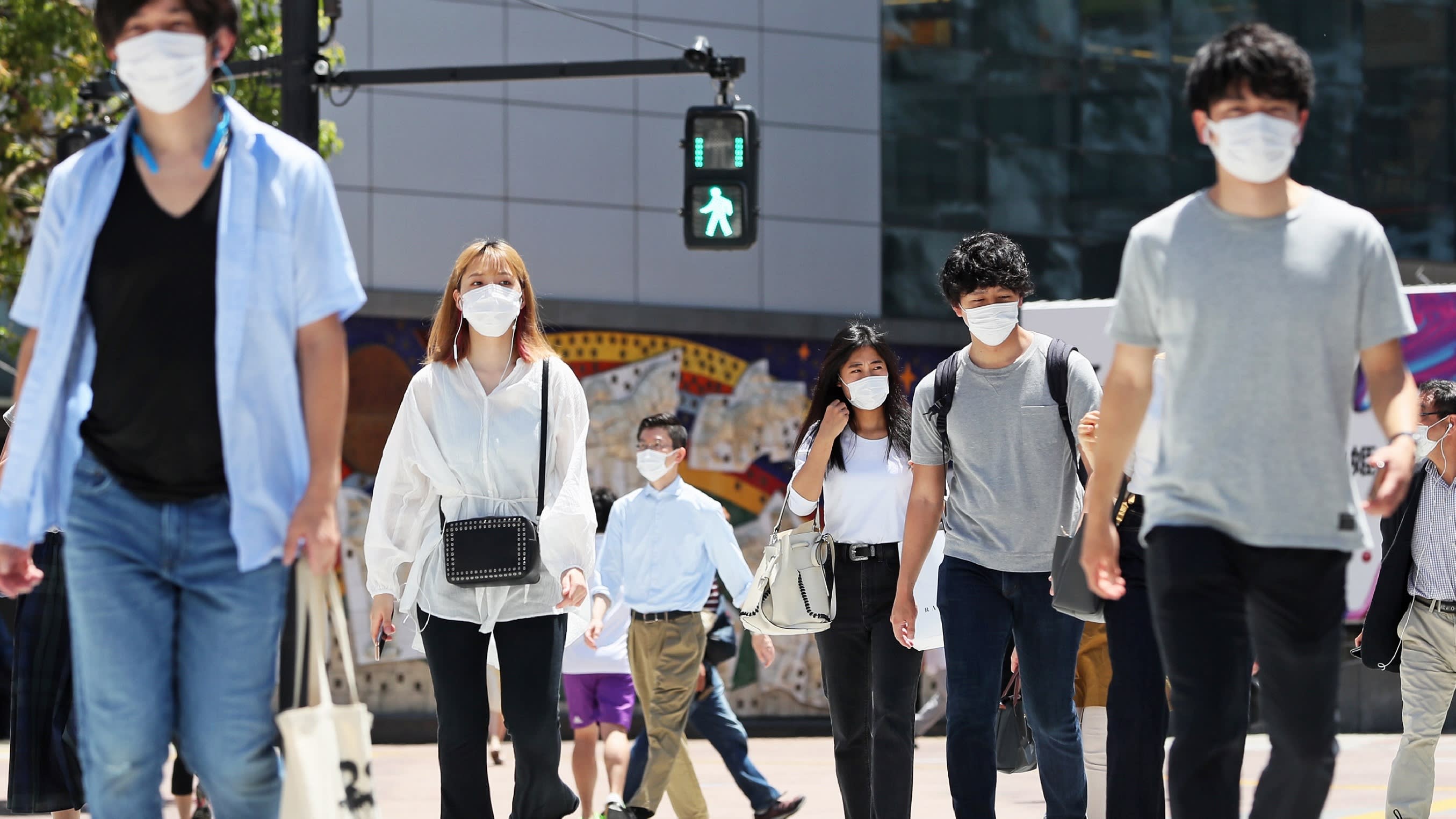 TOKYO -- The Japanese capital may have suffered more than 200 excess fatalities from pneumonia and other causes early in the outbreak, possibly dwarfing the period's official coronavirus death count of 16.

Even more deaths could have been undercounted in April, whose numbers will not come out until next month.

The National Institute of Infectious Diseases tracks fatalities from flu-like illnesses by collecting data from public health departments around the country. The tallies include those who died from pneumonia.

Excess fatalities are calculated by comparing these figures against baselines derived from past data.

The newest numbers show 50 to 60 excess deaths a week for the five weeks starting Feb. 17, adding up to hundreds more fatalities than usual. Weekly excess deaths exceeding the margin of error come to 20 to 30. The NIID does not publish the raw numbers.

Excess deaths also occurred in the second half of 2019. Flu season had come early in Tokyo, peaking in December.

The influenza outbreak had subsided by the end of the year. But excess deaths reemerged in mid-February, suggesting a link to COVID-19.

The analysis for the past flu season is not finished yet, the NIID says, because the database records deaths through the late-March end of the season. A full picture cannot be pieced together until at least late May, the deadline for submitting data, according to the agency.

But the deadline for prefectures to submit fatality figures is the fifth day of the second month after -- June 5 for April's numbers, for example. Japan's death counts are always two months behind as a result.

More COVID-19 fatalities may have been missed in April, with many of the dead never having been tested. Data on that month's deaths will not come out until late June.

The delay is due partly to the slow penetration of electronic reporting. It takes a "certain amount of time" for local governments from cities on down to digitize written death notices to send to health departments, according to a representative at the central government's Ministry of Health, Labor and Welfare.

A total of 32,107 deaths were reported to the city's health department from March 11, when the WHO declared a pandemic, and May 2.

Of these, 24,172 exceeded the baseline. They consisted largely of 18,879 laboratory-confirmed and "probable" coronavirus deaths, leaving 5,293 that still "might have been directly or indirectly attributable to the pandemic," according to the department's report.

Global media outlets have said actual COVID-19 fatalities may exceed reported numbers by 50% to 60%, based on excess fatalities.

"Weekly excess deaths could provide the most objective and comparable way of assessing the scale of the pandemic and formulating lessons to be learned," said an April letter in the British medical journal The Lancet.

Preparing for a second wave will require not only expanding testing and strengthening the health care system, but also increasing data transparency.

"The timely collection and release of data, together with the cooperation with the public, should contribute to the [coronavirus] response," said Ataru Igarashi, associate professor of public health at the Yokohama City University School of Medicine.