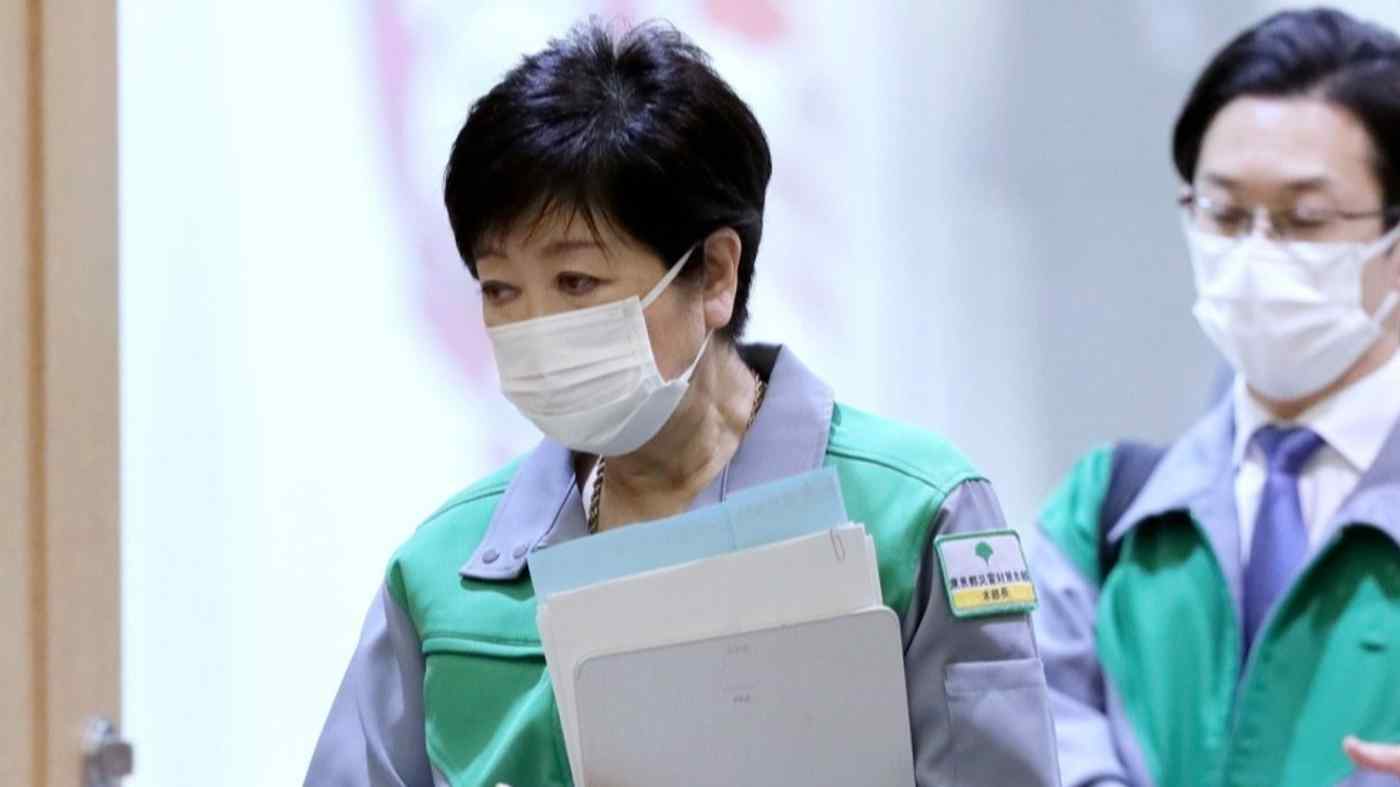 TOKYO (Kyodo) -- Tokyo Gov. Yuriko Koike on Thursday said she will ask the central government for the authority to take stronger measures to combat the coronavirus pandemic under a quasi-state of emergency as worries increase about a resurgence in the capital.

The measures are expected to include calling on people to refrain from traveling long distances during the Golden Week holidays, which officially begin on April 29. In densely populated areas, restaurants and bars might be called on to bring forward their closing time by one hour from 9 p.m.

The move comes after Tokyo reported 555 new cases on Wednesday, the most in two months, and with less than four months to go before the Tokyo Olympics are set to begin.