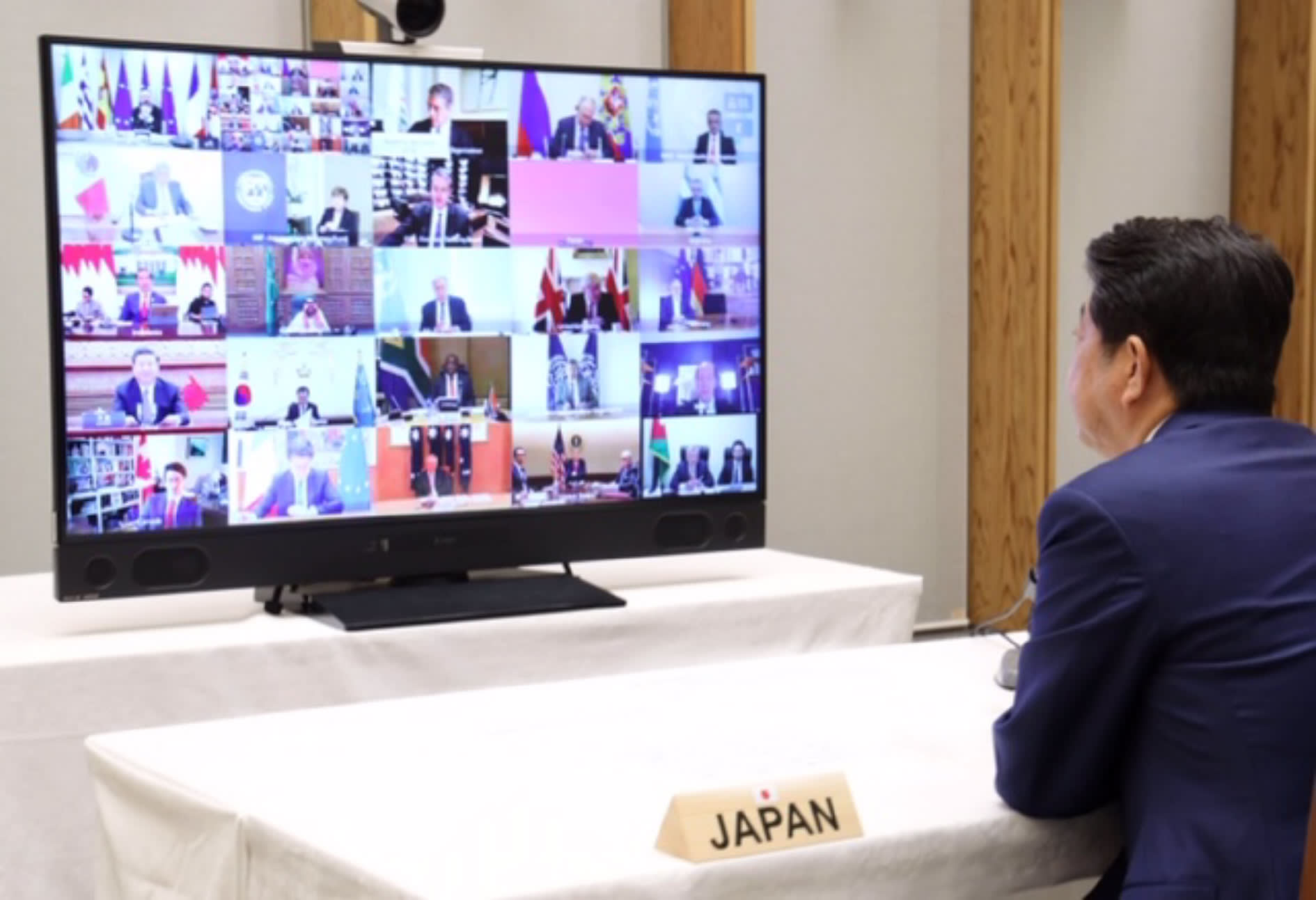 NEW YORK -- Prominent rich and developing countries are committed to a "united front" against the threat of COVID-19, leaders of the Group of 20 nations, including U.S. President Donald Trump and Chinese President Xi Jinping, said Thursday.

In an extraordinary meeting held via videoconferencing, the leaders vowed to inject $5 trillion into the global economy, coordinated fiscal and economic measures, and promised to keep trade open.

"The virus respects no borders," the leaders said in a joint statement. "Combating this pandemic calls for a transparent, robust, coordinated, large-scale and science-based global response in the spirit of solidarity."

"The G-20 is committed to do whatever it takes to overcome the pandemic" and "use all available policy tools to minimize the economic and social damage... and restore global growth," the statement said.

Member states also committed to expand manufacturing of medical supplies and ensure their availability "at an affordable price, on an equitable basis, where they are most needed and as quickly as possible."

The summit, which was presided by Saudi Arabia's King Salman and lasted more than two hours, came amid Washington's reluctance to lead the global response to COVID-19, as well as simmering tensions over the pandemic between the U.S. and China.

"The United States is working with our friends and partners around the world to stop the spread of the virus," Trump said later Thursday.

"We discussed how vitally important it is for all of our nations to immediately share information and data," he said, adding later that he will speak to Xi Thursday night.

Xi called for member nations to reduce tariffs and other trade barriers, according to a Chinese Foreign Ministry briefing following the meeting. Japanese Prime Minister Shinzo Abe explained to leaders that the 2020 Tokyo Olympics had been postponed by a year and he was determined to hold the games "in its full form."

The G-20 statement commended the decision by the International Olympic Committee to reschedule the date and backed "Japan’s determination" to host the games "as a symbol of human resilience."

Nearly half a million infections of the novel coronavirus -- and over 20,000 deaths -- have been reported worldwide, with Europe now the outbreak's epicenter and the U.S. quickly emerging as the next.

Tedros Adhanom Ghebreyesus, the director-general of the World Health Organization, told G-20 leaders that it was time to "fight, unite, ignite" against the virus.

Meanwhile, national and local lockdowns that aim to blunt the curve of infections and hospitalizations have sent economies in disarray.

In the U.S., where there are now about 70,000 cases, nearly 3.3 million Americans filed jobless claims last week -- almost five times the previous record set in 1982.

Thursday morning, the U.S. Senate passed an estimated $2 trillion stimulus package to ease the coronavirus' blow to the economy, which is pending approval in the House of Representatives.

Data from China, which is on track to recovery, suggests a contraction way worse than previously expected. Economists at Goldman Sachs estimate based on January and February data that China's real GDP contracted an annualized 42% in the first quarter.