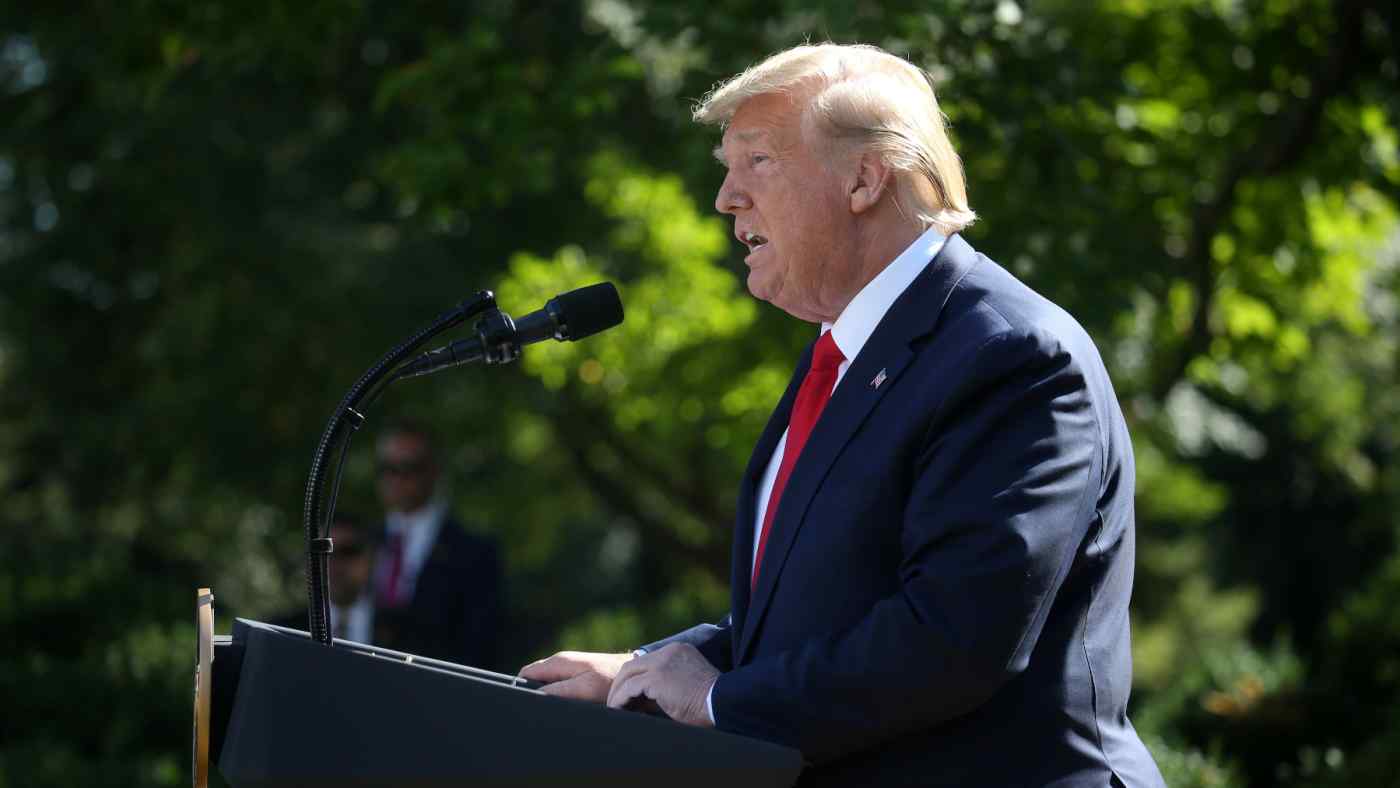 NEW YORK -- U.S. President Donald Trump on Friday declared a national emergency over COVID-19, as the week's rapid escalation gave the nation a rude awakening over the severity of the outbreak.

At a news conference at the White House Rose Garden, Trump said the fight against the new coronavirus was entering "a different phase" and that the emergency declaration will unlock $50 billion in funds.

"The next eight weeks are critical," Trump said.

The U.S. president urged every state to set up emergency operation centers "effective immediately" and asked all hospitals to activate their emergency preparedness plan.

Up to half a million additional tests are expected to be available early next week through a partnership with the private sector, Trump said, before inviting business leaders including those from Walmart and Target to speak.

The partnership also involves Alphabet Inc's Google, which will build a website to help people navigate testing and screening. The website is expected to be online by Sunday, Trump said.

Shortly after the news conference, Google said in a statement the website is still "in the early stages of development" and planning only a limited rollout in the San Francisco Bay Area first.

The president also said he would waive interest on student loans held by federal agencies and would purchase oil at its current low prices to build up the country's reserves.

Asked about restrictions he announced Wednesday on travel from Europe, Trump said the White House "may be adding [the U.K.] and we may be adding a couple of others."

The emergency declaration came as the COVID-19 outbreak, which was still characterized by the Trump administration as well under control a couple of weeks ago, began to spread rapidly and cause disruptions to ordinary Americans' daily lives.

Cases in the U.S. skyrocketed to more than 1,600 on Friday, a 1,500% increase from a week ago, as health authorities start to expand testing for the novel coronavirus, which causes the COVID-19 disease.

The coronavirus has reached all but a few states in the country, with New York state now having the largest number of cases. Newly confirmed infections jumped 30% overnight to reach 421, Gov. Andrew Cuomo said Friday.

Before Trump's remarks Friday, several states declared their own emergencies, banning large gatherings and shutting down all K-12 schools.

Higher education institutions, including Harvard University and Columbia University, have also moved classes online for the rest of the semester.

On Thursday, New York state banned most gatherings with 500 or more people and ordered Broadway theaters to close. The city's cultural institutions such as the Metropolitan Museum of Art announced shutdowns the same day.

California banned gatherings of over 250 people, while Louisiana postponed its presidential primary, scheduled for April 4, until June 20.

Major sporting events including the National Basketball League's 2019-20 season, golf's Masters Tournament, and the Boston Marathon have been suspended, waking up ordinary Americans to the severity of the outbreak.

Death toll from the coronavirus reached 41, including 31 in Washington state, where the first case in the country was reported in late January.

According to a Brookings Institution study modeling different scenarios of the outbreak, even the most conservative case under a pandemic would mean an estimated 236,000 deaths in the U.S.

The pandemic has moved closer to the White House, including members of the first family. The U.S. president, while meeting with Brazilian President Jair Bolsonaro, came in close contact with another Brazilian official who later tested positive for the coronavirus.

"We have no symptoms whatsoever," Trump said at the news conference, adding that White House doctors told him there was no reason to self-quarantine. But the president said he will "most likely get tested."

Attorney General William Barr and Ivanka Trump, the president's daughter, are also at potential risk as the two a week ago met with Australia's home affairs minister, who is also confirmed to have COVID-19.

Amid a steep stock market dive, Trump has been pushing for stimulus measures including a payroll tax holiday, which has raised eyebrows in Congress including many in his own party.

The president has also called for aid to industries hit the hardest by the pandemic such as travel and hospitality.

But "some Republicans will complain about bailouts just like they did back in 2008," said Tim Hagle, professor of political science at the University of Iowa.

"Democrats are not necessarily going to want to go along with a lot of this stuff, because they want Trump to be vulnerable," Hagle said. "That kind of puts Democrats in a tough position because they don't want to be seen as wanting the economy to be bad and people to be hurting."

Ellen Zentner, Morgan Stanley's chief U.S. economist, said in a Monday research note that even if the payroll tax cut is greenlit, its effect "may be dampened in the near term as the things people typically spend on a tax reduction on -- like going to restaurants and the movies -- might be unappealing while the virus looms."

The investment bank is expecting infection rates to peak in April.

Dr. Anthony Fauci, a top U.S. health official, said at the Friday news conference that U.S. still has "a long way to go."

But the declaration of national emergency is "going to help it end sooner than it would have," Fauci said.