Trump puts Pence in charge of US coronavirus response 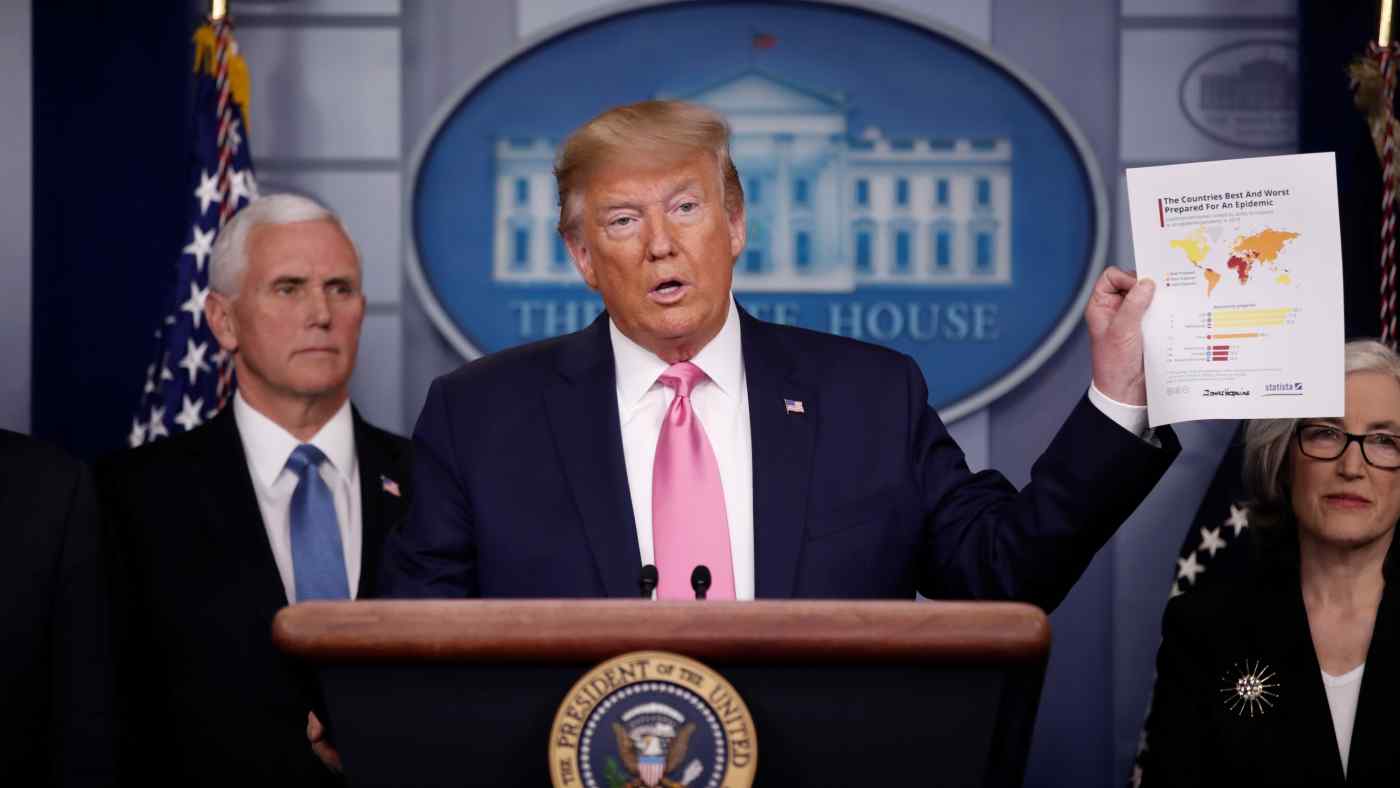 "Whatever happens, we are totally prepared," Trump told reporters at the White House. "We have the best people in the world."

The president repeatedly disputed the notion that a wider outbreak within the U.S. is "inevitable" -- the takeaway from a Centers for Disease Control and Prevention briefing a day earlier, upon which the stock market plunged.

"It may get bigger -- may get a little bigger, may not get bigger at all. We'll see what happens," Trump said. "But regardless of what happens we are totally prepared."

Trump hailed his administration's moves to contain the spread, including travel restrictions imposed early on. He said there were no plans to introduce further bans on arrivals from other countries with significant infection numbers, such as South Korea, at this time.

In terms of funding, Trump said he will accept however much Congress is offering, which looks to far exceed the $2.5 billion the White House has asked for.

Earlier on Wednesday, Senate Minority Leader Chuck Schumer unveiled a request for $8.5 billion in emergency funding for the U.S. government to combat the virus, while accusing the Trump administration of "towering and dangerous incompetence."

Trump, however, insisted that "there is no reason to be panicked about" the virus, comparing it to a tougher strain of flu and praising the CDC as "professionals."

His evening news conference was aimed at asserting the White House's leadership of the outbreak containment effort as the virus spreads into American politics.

Trump and Democratic presidential candidates had traded punches on the subject overnight after the Centers for Disease Control and Prevention warned Tuesday that the coronavirus inevitably would spread in the U.S., while some lawmakers used the threat to sound alarms about the country's reliance on Chinese manufacturing in key sectors.

"In the White House today, we have a self-described 'great genius' -- self-described -- and this 'great genius' has told us that this coronavirus is going to end in two months," Sen. Bernie Sanders, the Vermont independent perceived to be the Democratic front-runner, said in the party's debate in South Carolina on Tuesday night.

"April is the magical date that this great scientist we have in the White House has determined -- I wish I was kidding. That is what he said," Sanders added. 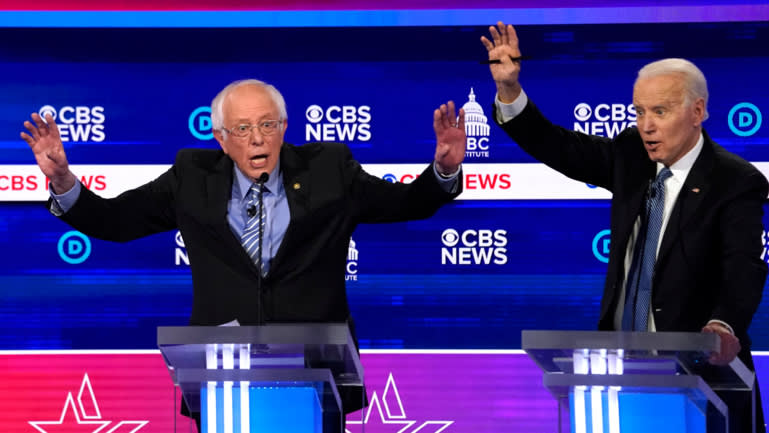 A massive market sell-off that began Monday, sparked by the increasing spread of the virus beyond China, kept its momentum into Wednesday after the CDC's warning.

Trump is furious about the market downturns and blames them on the public health agency's warning, The Washington Post reported, citing his aides.

On Wednesday morning, in what appeared to be a hurriedly written tweet, the president accused the news media of exaggerating the threat and inducing panic, saying that the U.S. has everything under control.

"Low Ratings Fake News MSDNC (Comcast) & @CNN are doing everything possible to make the Caronavirus look as bad as possible, including panicking markets, if possible," Trump wrote. "Likewise their incompetent Do Nothing Democrat comrades are all talk, no action. USA in great shape! @CDCgov....."

At the Democratic debate, several presidential contenders blasted the Trump administration's past moves to cut funding for the CDC.

"He had defunded Centers for Disease Control, CDC, so we don't have the organization we need," said billionaire and former New York City Mayor Mike Bloomberg. "This is a very serious thing. As you see, the stock market is falling apart because people are really worried, and they should be."

Former Vice President Joe Biden, who is leading South Carolina polls ahead of the primary in the state on Saturday, said Trump "tried to cut the funding for [the National Institutes of Health]."

"He cut the funding for the entire effort," Biden said. "And here's the deal. I would be on the phone with China and making it clear, 'We are going to need to be in your country ... We have to know what's going on.' ... and insist on it and insist, insist, insist."

On Capitol Hill, China hawks are drawing attention to American reliance on Chinese supply chains in the key sector of health care, amid reports of medical product shortages.

"If the Coronavirus crisis makes anything clear, it's that we need to stop relying on China for our critical medical supply chains," Sen. Josh Hawley, a Republican from Missouri, tweeted Tuesday. "I will introduce legislation this week to jump start that effort."

Sen. Marco Rubio of Florida raised the same issue Tuesday when questioning Health and Human Services Secretary Alex Azar, who asked Congress for $2.5 billion in emergency funding to combat the spread of the virus.

The Republican senator also took a swipe at Beijing on Wednesday morning, alleging that China is putting out "fake numbers."

"Don't underestimate how hard it is to deal with this thing because of the Chinese Communist Party," Rubio said in a video posted to Twitter. "They haven't been transparent from the beginning."