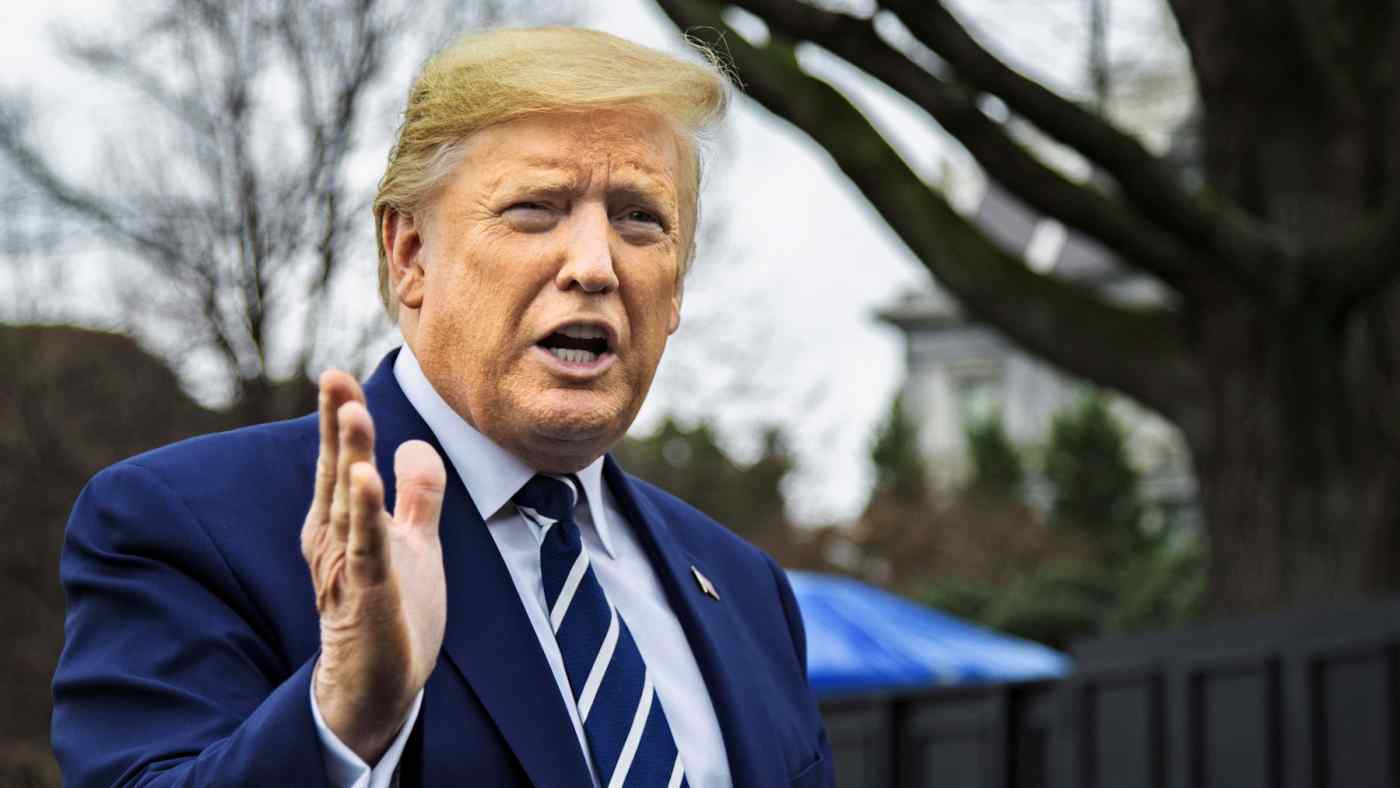 NEW YORK/NEW DELHI/BEIJING -- U.S. President Donald Trump made clear Tuesday that the administration is considering Japan for the list of destinations subject to travel restrictions over the new coronavirus.

"We're watching Italy very closely, South Korea very closely, even Japan very closely," Trump told reporters on the White House lawn. "And we'll make the right determination at the right time. We've cut it off, as you know, with numerous other countries."

"They are the hot spots right now," he said.

On whether the Tokyo Olympics should be canceled, Trump said he will leave it to Japanese Prime Minister Shinzo Abe.

"He's built a beautiful venue," the president said. "It's a very sad thing if that would happen, because the venue is incredible. They've spent billions of dollars. But I'll leave that up to Japan."

If Washington does impose travel restrictions on Japan, it would join a growing number of governments that have done so as the virus spreads there, grouping it with such hot spots as South Korea and Italy. 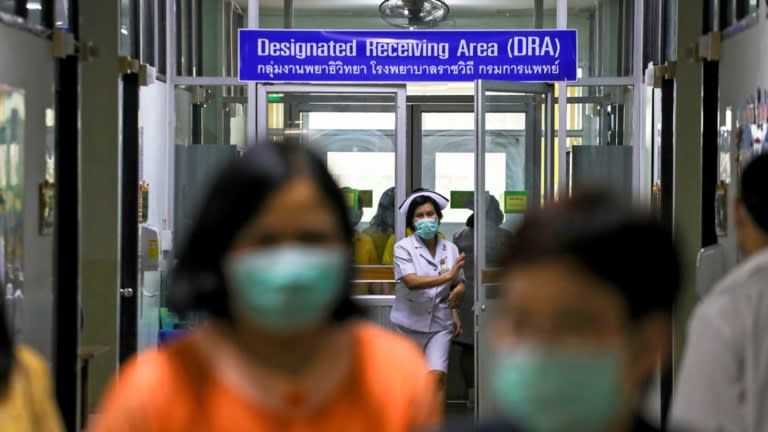 India has suspended all visas issued on or before Tuesday to travelers from Japan as well as those from Italy, Iran and South Korea. In a revised travel advisory, the government said the suspension covers all regular and electronic visas, including those granted to Japanese and South Koreans upon arrival.

"Those requiring to travel to India due to compelling reasons may seek a fresh visa from the nearest Indian embassy or consulate," the statement said.

"Different ministries & states are working together, from screening people arriving in India to providing prompt medical attention," Prime Minister Narendra Modi tweeted Tuesday. "There is no need to panic. We need to work together, take small yet important measures to ensure self-protection."

In China, where the number of new cases reported each day has fallen to the hundreds, local governments are working to block the coronavirus from reentering the country via Japan or elsewhere. Beijing's municipal government said Tuesday that all travelers from Japan, South Korea, Iran and Italy will be directed to self-quarantine for two weeks.

Shanghai said that visitors from countries with "relatively serious virus conditions" will be isolated for two weeks. The list includes Japan, according to the Japanese consulate-general in Shanghai.

"If employees returning to China have to undergo home quarantine, it will probably delay the resumption of sales and factory operations," said an executive at a Shanghai unit of a major Japanese manufacturer.

Japan's Ministry of Foreign Affairs lists about 50 countries and territories on its website that have issued advisories regarding Japanese travelers, including Saudi Arabia, Mongolia and Vietnam.

Singapore on Tuesday barred any foreign nationals who were in South Korea, northern Italy or Iran over the previous 14 days from entering or transiting through the city-state. It will require testing of any travelers with fever or respiratory symptoms.