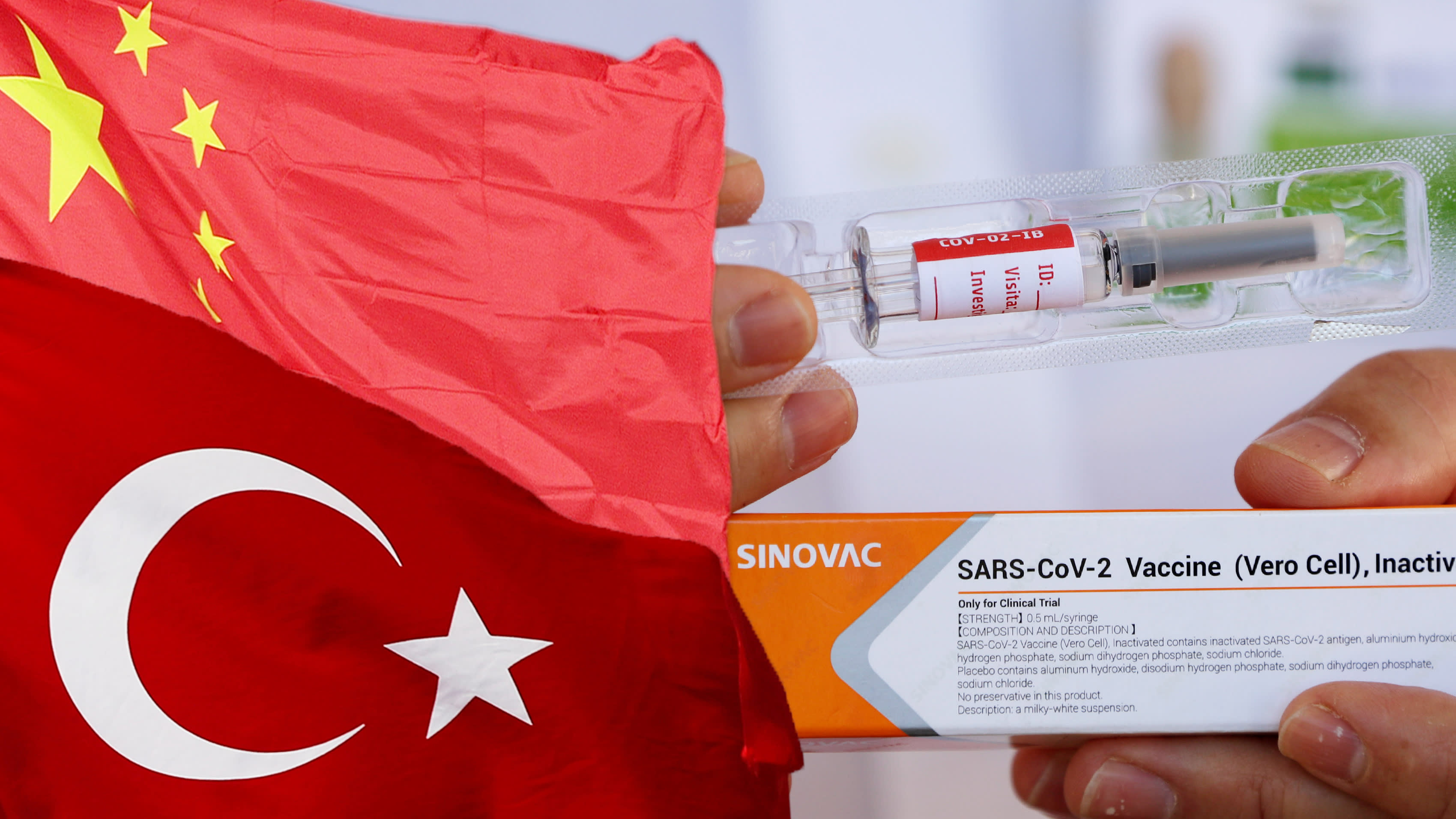 ISTANBUL -- Turkey, one of the worst-hit countries in the Middle East by the coronavirus, is rushing to deploy vaccines as quickly as possible, and the Chinese are eager to help.

For vaccines supplied by Chinese company Sinovac Biotech, Turkey, where daily new cases are hovering around 30,000, is planning to roll out inoculations as early as this month after local testing and confirming the upcoming phase III clinical trial results. The first 3 million doses of Sinovac vaccines out of a contracted 50 million are to be delivered in the coming days.

Chinese drug companies are early movers in the wider Middle East region. The situation provides an opportunity for China to project soft power and influence, in a key geographic region where the country has historically had limited clout compared to Western rivals.

Turkish Health Minister Fahrettin Koca said in a press conference earlier this month that so far the country has failed to procure more vaccines from Sinovac and added that he is pushing for more. He said Sinovac has a solid track record in producing inactivated vaccines, which Turkey prefers to use as a traditional method compared to the more recent technology of mRNA vaccines, which Pfizer and Moderna have developed.

Koca claimed that inactivated vaccines are "more natural and safer," adding that "Moderna is not giving vaccines outside the U.S.," although Japan and the European Union have already agreed to purchase them once they are ready.

Meanwhile, President Recep Tayyip Erdogan said both he and the health minister are personally in contact with the co-founder and CEO of Germany's BioNTech, the developer of mRNA-based vaccines with Pfizer. The co-founders of BioNTech both have Turkish roots.

The Chinese embassy in Ankara announced on Tuesday that Turkish Foreign Minister Mevlut Cavusoglu talked to Chinese counterpart Wang Yi on Monday, where Wang said, "Turkey's decision to buy Chinese vaccines shows trust toward China, and the Chinese side will provide the necessary help."

Moreover, Turkey confirmed to stay in line with Beijing's policy regarding the Muslim separatist group in China -- according to the statement, Wang said, "It is the duty of all countries to strike a blow at the East Turkestan Islamic Movement," adding, "China is ready to deepen cooperation with Turkey regarding terrorism."

The ETIM is a Uighur separatist group in Xinjiang, which the U.S. recently removed from its terrorist list. Turkey added the organization to its list in 2017. China claims the group is responsible for attacks in the country and justifies the crackdown in Xinjian.

Cavusoglu said, "Turkey will not allow anyone to undermine China's sovereignty and territorial integrity."

According to Ali Merthan Dundar, director of the Asia Pacific Research Center at Ankara University, "It is clear that Turkey is seeking faster and more vaccines from China and is pushing all channels, while China is not missing the opportunity to leverage vaccines for Turkey to seek more cooperation against ETIM."

Scott Rosenstein, special adviser on global health at Eurasia Group, told Nikkei Asia: "Rich industrialized countries that were able to lock in advance market commitments at aggressive pricing and volume, were prioritized" for early procurement of Western vaccines, leaving "emerging countries to get priority access mainly by participating in phase III clinical trials of vaccines as well as by providing their domestic production capabilities."

In addition, vaccines like those of Pfizer and Moderna require difficult and costly cold-chain handling, compared with China's inactivated vaccines.

Sinovac and two other vaccines by China National Pharmaceutical Group (Sinopharm) are also prompting emerging countries to choose China for this reason, as well as the lower price tag.

Both the United Arab Emirates and Bahrain already announced that the Sinopharm vaccine is officially registered and on Monday, inoculations started for residents in Abu Dhabi. Bahrain also launched online registration for the vaccine on Sunday.

Another Sinopharm clinical trial participant in the region, Egypt, the most populous Arab country, has received two batches of vaccines as of Sunday, becoming the first country on the African continent to have access to the vaccine.

However, according to Rosenstein from the Eurasia Group, for China, "the overall leverage benefit from vaccine engagement probably will not be overwhelmingly large," as "there is also a downside risk." He pointed out that China might damage bilateral relationships if those vaccines don't arrive on time, "due to China cutting too many deals with too many countries, domestic demand for vaccines, manufacturing delays, safety issues, or supply chain bottlenecks," when the countries are "counting on Chinese vaccines to help them turn the corner."

Altay Atli, a lecturer at Bogazici University, thinks China was globally criticized due to its initial handling of the pandemic and China's "mask diplomacy" -- distributing protective as well as medical equipment to change the narrative -- was unsuccessful. But with the vaccines, "China might now have a real chance of redeeming itself," Atli said.

However, trust in the Chinese vaccine may also be a problem. An Ipsos Turkey poll result announced on Tuesday revealed that, among five vaccines, only 11% of respondents said they trust the Sinovac jab, scoring lowest. The highest was Pfizer-BioNTech with 41%.

Ipsos Turkey CEO Sidar Gedik said, "To encourage citizens to take the Chinese Sinovac vaccination, it should be better explained with scientific data. Otherwise, there may be a risk to reaching the desired level of herd immunity."

Additional reporting by Saber Rabie in Cairo and Nesreen Bakheit in Dubai.