Booster program set to begin in early autumn for those over 50, high-risk groups 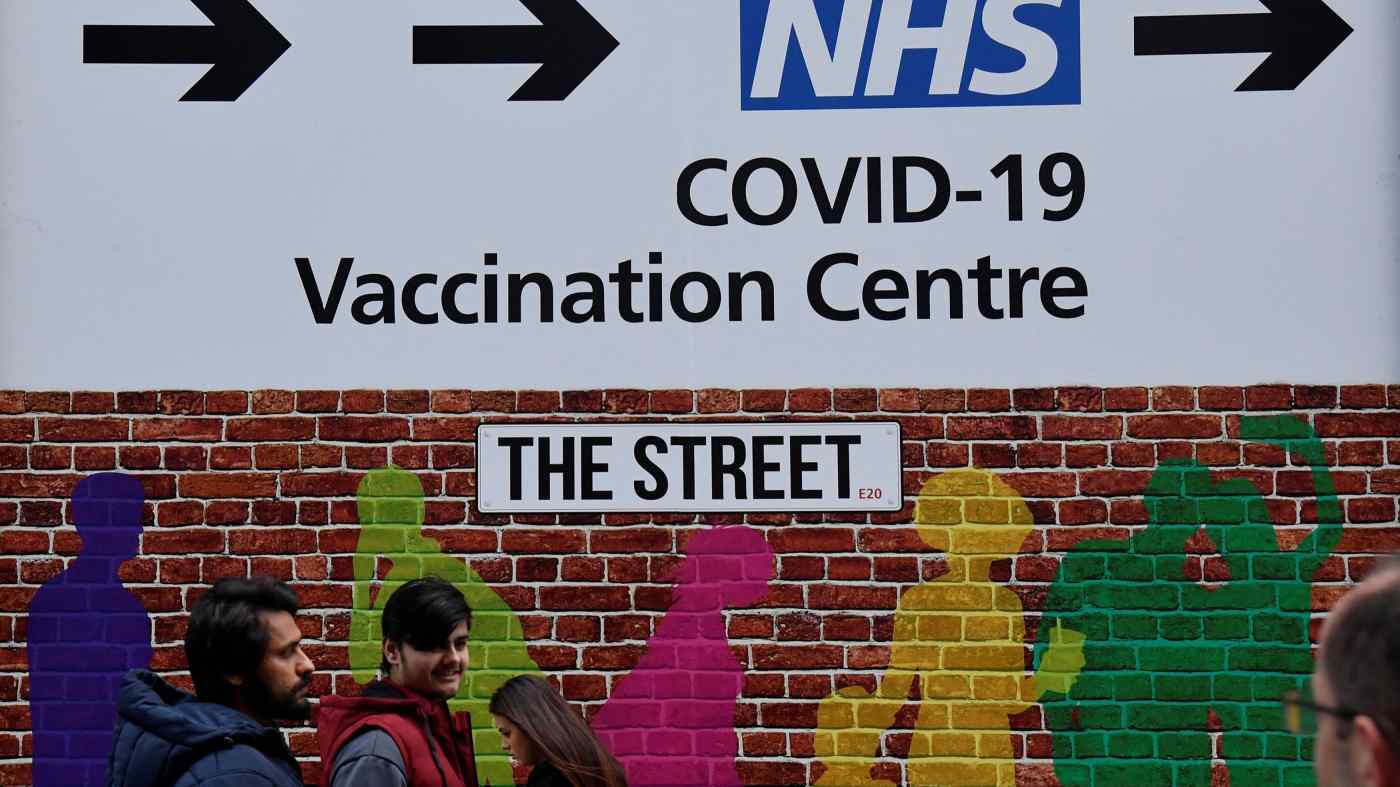 As the U.K. prepares a booster program, Moderna says it expects further approvals for the adapted vaccine in Australia, Canada, and the EU in the coming weeks.   © Reuters
August 16, 2022 00:41 JST | Europe
CopyCopied

LONDON (Reuters) -- Britain, the first country to approve a coronavirus vaccine in late 2020, has now also given the first green light to a variant-adapted shot that targets both the original and Omicron version of the virus.

The UK medicines regulator (MHRA) gave the so-called bivalent vaccine made by U.S. drug company Moderna conditional approval as a booster for adults on Monday.

Britain's Joint Committee on Vaccination and Immunisation (JCVI) is now expected to issue a recommendation soon on how the vaccine should be deployed in the country.

The MHRA's decision was based on clinical trial data that showed the booster triggered "a strong immune response" against both Omicron (BA.1) and the original 2020 virus, it said.

Moderna in June said trial data showed that when given as a fourth dose, the variant-adapted shot raised virus-neutralizing antibodies by eight-fold against Omicron.

The MHRA also cited an exploratory analysis in which the shot was found to generate a "good immune response" against the currently dominant Omicron offshoots BA.4 and BA.5.

According to Moderna, trial data showed its variant-adapted booster generated virus-neutralizing antibody levels against the subvariants that were 1.69 times higher than those given the original booster.

However, the correlation between neutralizing antibody levels and vaccine effectiveness against disease - in particular severe disease - remains unclear.

No serious safety concerns were identified with the new Moderna formulation, the MHRA added on Monday.

The UK government said last month a vaccine booster programme would begin in "early autumn" and that shots would offered to over 50s, individuals in clinical risk groups, frontline workers and care homes staff.

While existing COVID-19 vaccines continue to provide good protection against hospitalisation and death, vaccine effectiveness has taken a hit as the virus has evolved.

"The first generation of COVID-19 vaccines being used in the UK continue to provide important protection against the disease and save lives," MHRA Chief Executive June Raine said in a statement.

"What this bivalent vaccine gives us is a sharpened tool in our armoury to help protect us against this disease as the virus continues to evolve."

The UK Health and Security Agency (UKHSA), which oversees vaccine procurement among other responsibilities, did not immediately respond to a request for comment.

European Medicines Agency (EMA) officials expect COVID variant-adapted vaccines to be approved in the European Union by September, and have signalled the regulator is open to using shots targeting the older BA.1 variant this autumn, given those specifically targeting newer subvariants are further behind in clinical development.

In contrast, the U.S. Food and Drug Administration (FDA) has said it will seek the specific inclusion of the newer BA.4 and BA.5 offshoots of Omicron in any new shots used domestically.

On Monday, the chief of Serum Institute of India - which produces AstraZeneca's COVID-19 vaccine under the brand name Covishield - said he expected an Omicron-specific vaccine in the country in six months, NDTV reported.

Moderna, which signed a 1 billion pound ($1.2 billion) deal with the British government to build the country's first mRNA vaccine facility earlier this year, on Monday said it expected further approvals for the adapted vaccine in Australia, Canada, and the EU in the coming weeks.

Pfizer and BioNTech have also been testing versions of their mRNA vaccine modified to combat Omicron variants.

Meanwhile, Sanofi and partner GSK are working on a protein-based vaccine that targets the Beta subvariant, which dominated for some time last year.