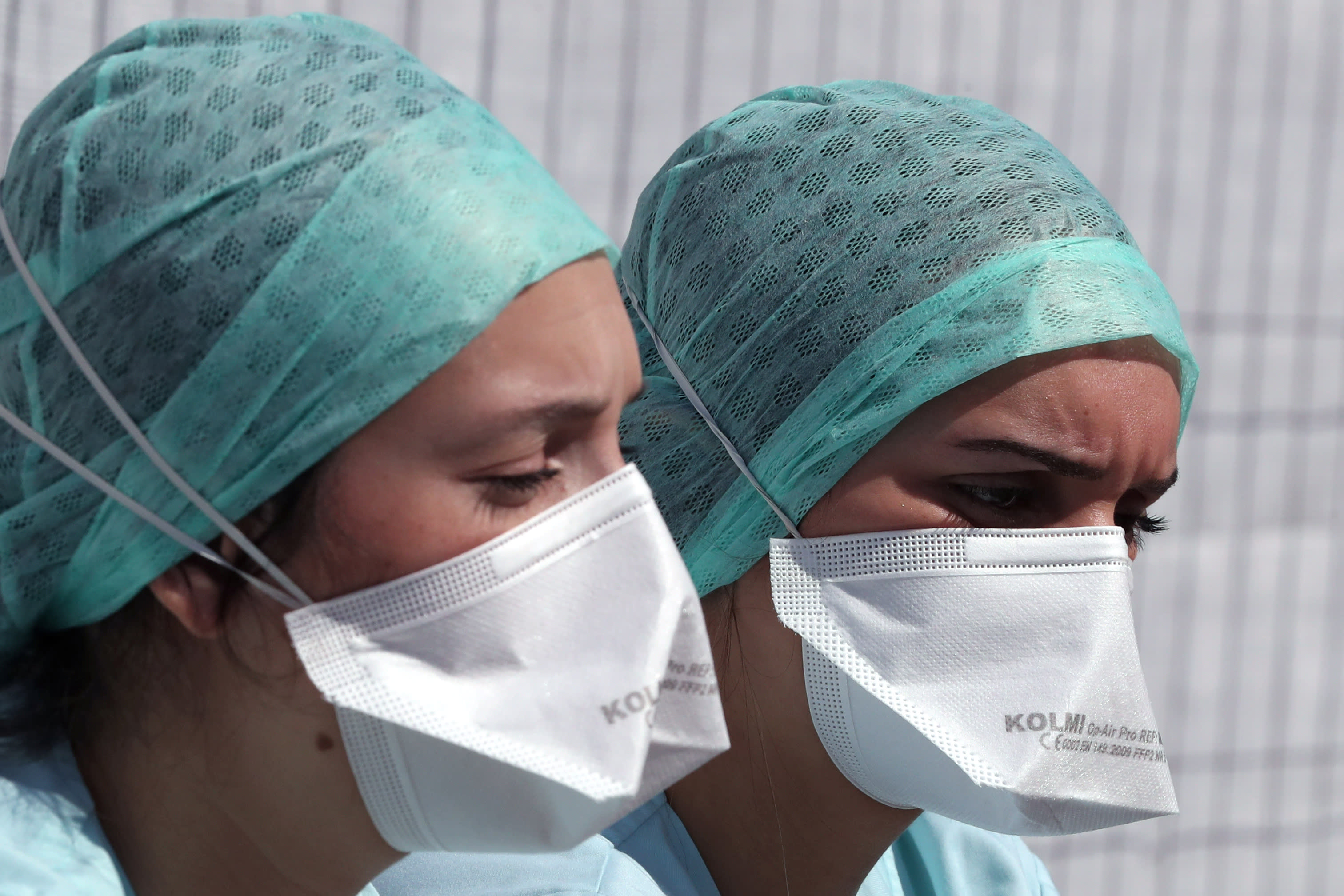 BEIJING/BRUSSELS -- A global tug of war is intensifying over needed medical supplies amid the COVID-19 pandemic, with some countries wary of a Chinese offer to donate needed gear even as the U.S. stands accused of hogging it.

China has provided surgical masks, protective suits, test kits and other assistance to 120 nations, including Japan, the U.S., and countries in Europe, Africa and the Middle East, according to its Ministry of Foreign Affairs. E-commerce giant Alibaba Group Holding and local governments have donated medical supplies.

It is "probably indisputable that the COVID-19 pandemic has brought an end to the 'American Century,'" argued a column published in English last week by the Chinese Communist Party-backed Global Times.

America cannot help others, because during "this current global fight against an invisible enemy, the U.S. is hardly able to protect itself," the piece declared.

And "now as the threat in China abates it has helped more than 80 countries and international organizations, supplying ventilators and PPE [personal protective equipment]," the column said.

The Chinese leadership under President Xi Jinping is believed to be pushing mask diplomacy to skirt criticism that its slow initial response led to the new coronavirus spreading widely at home and abroad. And it wants to show that the Chinese political system is superior to European and American democracies.

Xi told Belgium's King Philippe by phone Thursday that China is willing to help address the European nation's shortage of medical supplies and will provide as much resources as possible for the global fight against the disease, according to the official Xinhua News Agency. China has already sent a total of 2 million masks to Europe, mainly to hard-hit Italy and Spain. It dispatched medical specialists to Serbia on March 21, with Xinhua running a photo of President Aleksandar Vucic greeting them at the airport.

But cracks in Chinese mask diplomacy are starting to show. Australian border authorities have intercepted several deliveries of counterfeit or otherwise faulty Chinese-made PPE in recent weeks, public broadcaster ABC reports. And Spain has sent back what it said were defective rapid-testing kits.

Europe has been on guard over what it sees as China's attempts to strengthen its political sway through mask diplomacy. "It's sometimes easier to spread propaganda, pretty images and sometimes to exploit what is happening," said Amelie de Montchalin, France's minister of state in charge of European affairs, on French radio March 29.

The U.S., which now leads the world in confirmed COVID-19 cases, has meanwhile taken lumps from European and other allies for buying up such supplies as high-performance masks.

"We need the masks. We don't want other people getting it," President Donald Trump said Saturday of his administration's effort to keep 3M from exporting N95 masks from the U.S.

European media report that medical masks slated for shipment from Shanghai to France recently had their destination changed to the U.S. at the last minute. American buyers are said to have offered triple the price, and a French diplomat told a local newspaper that the U.S. government is sure to have signed off on this hijacking.

Back in the U.S., there is also caution over China's mask diplomacy. But the authorities nevertheless find themselves depending on Chinese-made supplies as infections balloon. New York Gov. Andrew Cuomo announced Saturday that the Chinese government had facilitated the donation of 1,000 ventilators arriving at the airport that day.

"This is a big deal, and it's going to make a significant difference for us," Cuomo said of the equipment donated by Alibaba chief Jack Ma and others, whom he thanked. New York state has ordered 17,000 ventilators, but production has not kept up with the spike in demand, leading to concerns over a shortage at hospitals.

Taiwan said Wednesday that it would give 10 million masks to virus-hit allies, including the U.S. and European countries.

Her comment was unusual, given that the Vatican is the only European country to officially recognize Taiwan. Some believe that von der Leyen is trying to strike a balance amid China's diplomatic offensive.