US considers cutting Moderna vaccine doses in half to speed rollout 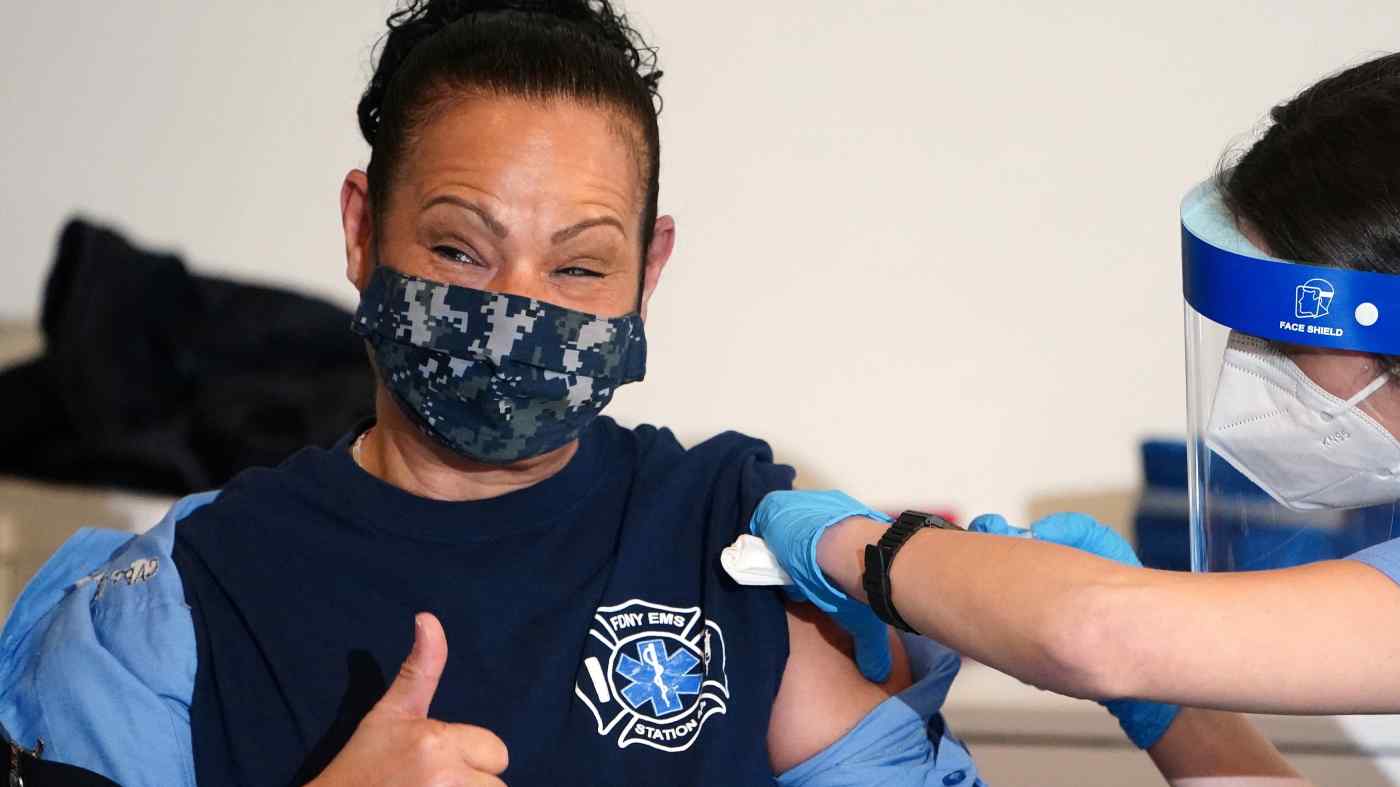 WASHINGTON (Reuters) -- The U.S. government is considering giving some people half the dose of Moderna's COVID-19 vaccine in order to speed vaccinations, a federal official said on Sunday.

Moncef Slaoui, head of Operation Warp Speed, the federal vaccine program, said on CBS' "Face the Nation" that officials were in talks with Moderna and the Food and Drug Administration about the idea. Moderna's vaccine requires two injections.

"We know that for the Moderna vaccine, giving half of the dose to people between the ages of 18 and 55, two doses, half the dose, which means exactly achieving the objective of immunizing double the number of people with the doses we have," Slaoui said.

"We know it induces identical immune response" to the full dose, he added.

Moderna and the FDA could not immediately be reached for comment.

The U.S. Centers for Disease Control and Prevention said it had administered 4,225,756 first doses of COVID-19 vaccines in the country as of Saturday morning and distributed 13,071,925 doses.

The U.S. has also approved a vaccine from Pfizer, which like Moderna's requires two shots. Vaccinations have fallen far short of early targets, as officials had hoped to have 20 million people vaccinated by the end of the 2020.

Slaoui said he was optimistic vaccinations would continue to accelerate. He rejected the suggestion that officials should prioritize giving more people a single shot, rather than holding back doses for the second shot, saying that cutting Moderna vaccine doses in half was "a more responsible approach that would be based on facts and data."

Slaoui said it would likely not be known until late spring whether vaccinated people can still spread the disease to others.