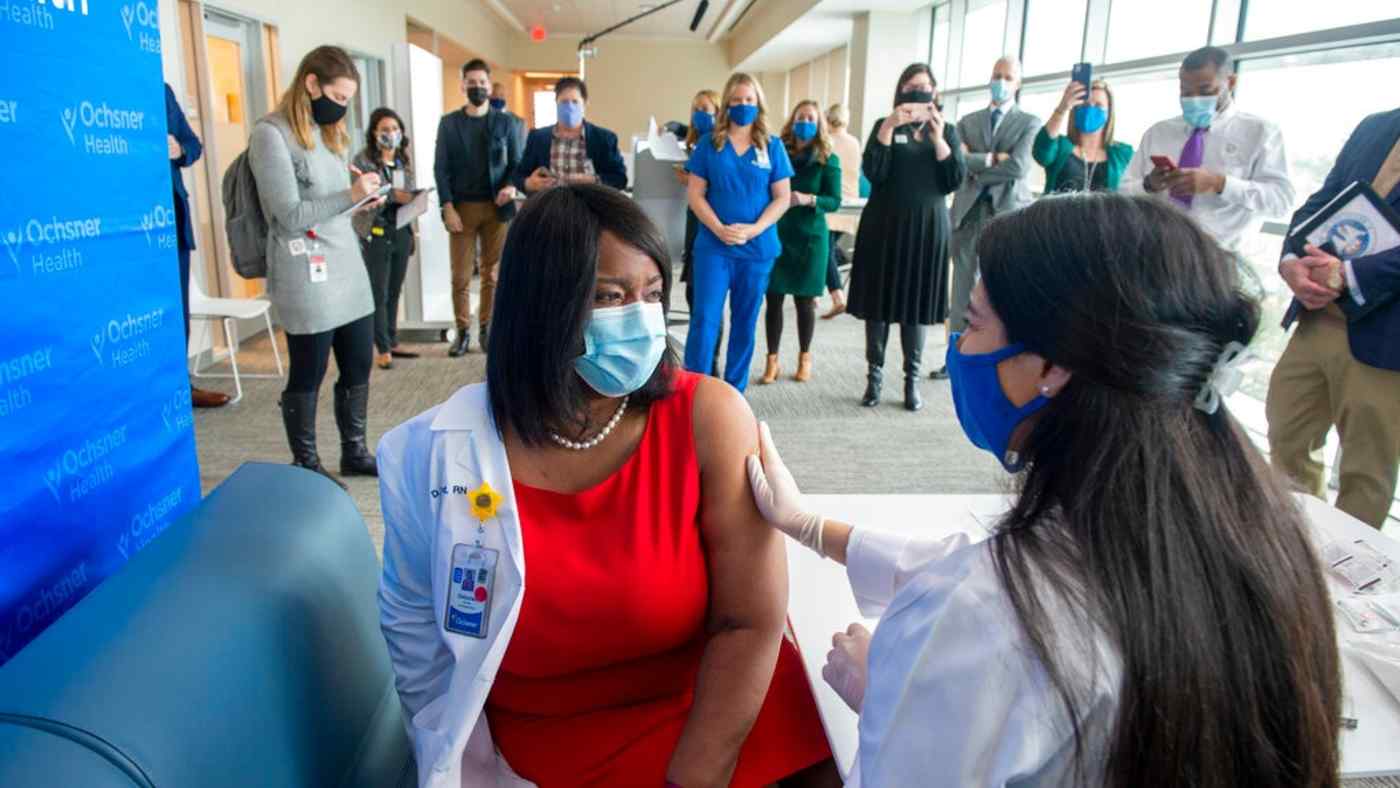 NEW YORK -- The first coronavirus vaccination in the U.S. was administered in New York City on Monday, kicking off a distribution process that will prioritize critical health care workers and likely last into the second half of 2021.

The Pfizer-BioNTech vaccine, approved on Friday night by the Food and Drug Administration through a fast-tracked process, was given to an intensive care unit nurse in Queens, as the total number of American lives lost to the pandemic approaches 300,000.

"This vaccine is exciting because I believe this is the weapon that will end the war," New York Gov. Andrew Cuomo said in a briefing as the vaccination was broadcast live.

But "it's going to take months before the vaccine hits critical mass," until June by some estimates, when 75% to 85% of Americans will have received it, Cuomo said.

Some 2.9 million out of the 6.4 million available doses of Pfizer vaccine were shipped over the weekend after obtaining regulatory approval, including 170,000 doses for New York state. Another 2.9 million are held for second shots, and the remaining 500,000 placed in contingency reserve. The doses cover less than 1% of the nation's and the state's respective populations.

The U.S. government had struck a deal to order 100 million doses of the vaccine from Pfizer back in July for $1.95 billion once approved. Pfizer has said together with partner BioNTech it expects to produce 50 million doses globally by year-end, which would cover 25 million people. People at a money changer in Singapore watch as Prime Minister Lee Hsien Loong gives a televised address on the coronavirus disease on Dec. 14.   © Reuters

But the American pharmaceutical company recently told the Trump administration that other countries had rushed to buy up most of its supply by the time of the FDA's approval, and as a result it cannot provide substantially more doses in the U.S. until June or July of next year, the Washington Post reported last week, citing multiple people familiar with the situation.

The Pfizer-BioNTech vaccine has seen great interest and demand in Asia. Singaporean Prime Minister Lee Hsien Loong on Monday announced his government has granted regulatory approval to the vaccine and expects to secure enough supplies for everyone in the nation of 5.7 million by the third quarter of 2021.

The FDA is scheduled to have a second meeting on Thursday over whether to authorize another COVID-19 vaccine developed by Moderna. The biotech company had said its vaccine candidate proved 94.5% effective, just days after a similar announcement by Pfizer.