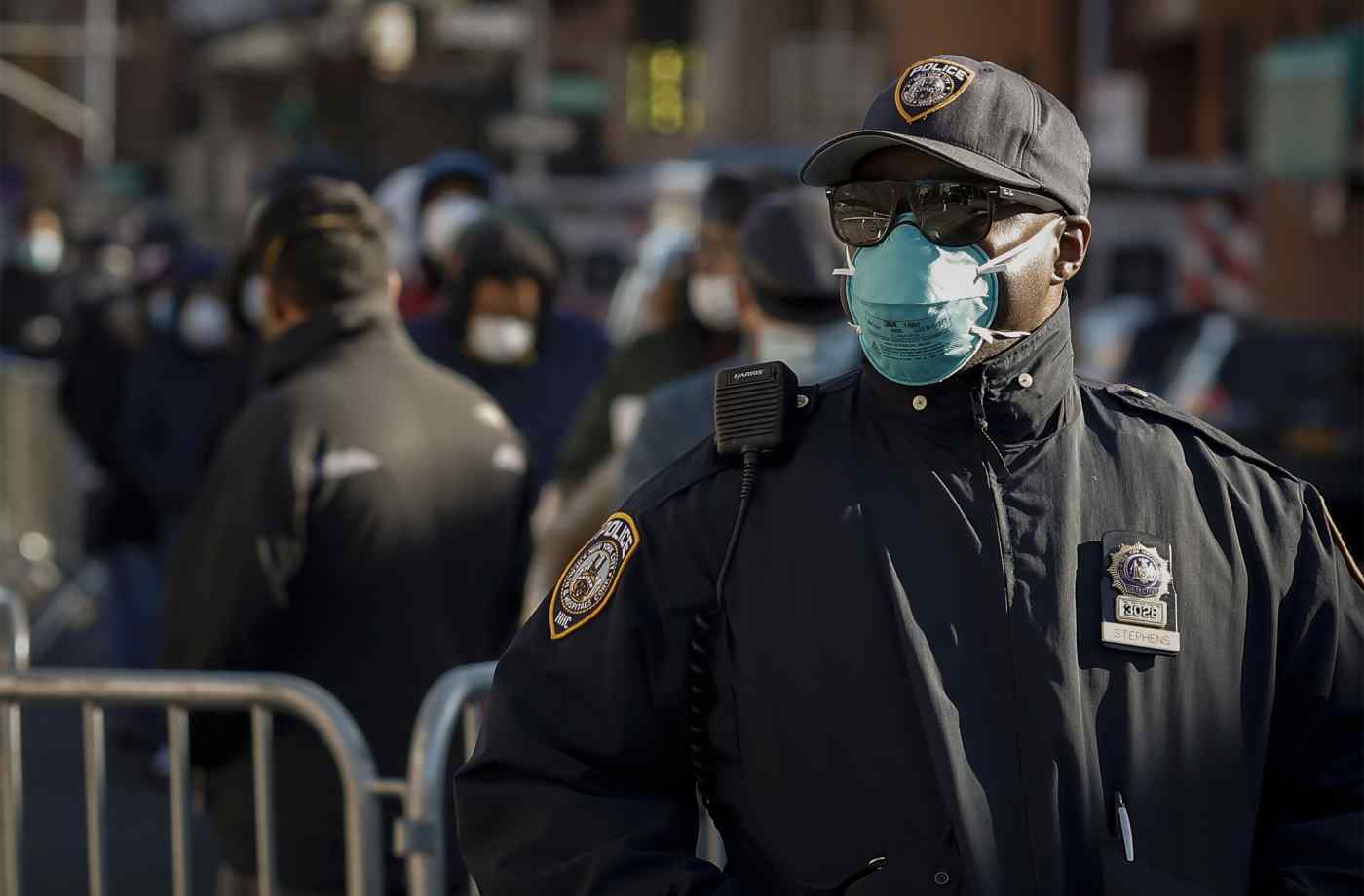 NEW YORK/PALO ALTO, U.S. -- The number of confirmed COVID-19 cases in the U.S. has surpassed that of China, making America set to become the next epicenter of the pandemic.

As of Thursday, the U.S. had 85,653 confirmed cases and 24,057 deaths, according to data collected by Johns Hopkins University. New York state alone had 39,125 confirmed cases, followed by New Jersey and California.

Since the first coronavirus case was discovered in Wuhan in December, over 520,000 people in the world have been infected by the new coronavirus and the death toll is more than 23,000. China was the epicenter, but the country reported no new cases earlier this month, marking a significant step toward overcoming the outbreak.

World Health Organization spokeswoman Margaret Harris on Tuesday said the U.S. has "the potential" to become the new epicenter because of "a very large acceleration in cases" seen in the country, according to Reuters.

Wednesday saw the highest spike in deaths from the virus in the U.S., with over 200 deaths recorded in a single day, according to Johns Hopkins.

"You don't know what the numbers are in China," Trump said.

"I'm speaking to President Xi [Jinping] tonight. I believe we'll have a good conversation," he added.

"We have to go back to work. People want to work. They want to go back," Trump asserted at the briefing.

Xi Chen, assistant professor at the Yale School of Public Health, said it is little surprise that the U.S. has surpassed China in coronavirus cases.

“From the beginning the Trump administration has treated this novel virus and global pandemic as seasonal flu,” Chen said. “When you have a problematic grand strategy, it is hard, if not impossible, to win the battle.”

The dire situation in hospitals “will eventually cause more cross-infections and deaths of health workers,” he said.

Meanwhile, hospitals across the U.S. face a countrywide shortage of personal protective equipment as medical staffers struggle to treat the influx of COVID-19 patients.

"Hospitals in the U.S. have been underprepared due to slow reactions and stupid politics," said a doctor at an intensive care unit of a hospital in Los Angeles.

"Medical staff got screwed badly for lack of [protective equipment]. ... Some of my coworkers in New York have to put trash bags on as coverall," he said.

Yale's Chen said that many more people are likely to succumb to the coronavirus.

“Regarding patients, our estimates suggest that at the peak, each day up to 2,000 patients may die in this country,” he said.

The U.S. has reached out to South Korea and other nations for help in getting enough supplies to combat the crisis.

Last week, Italy surpassed China in deaths, and as of Thursday reported 8,215 people had died from complications due to the virus. Italy, Spain and Germany ranked after the U.S. and China in number of confirmed cases.

On the same day, China said it will temporarily suspend entry of foreigners with valid Chinese visas and residence permits starting Saturday, according to China's Foreign Ministry. Diplomatic visas will not be affected.