US slams WHO and China for excluding Taiwan from key meeting 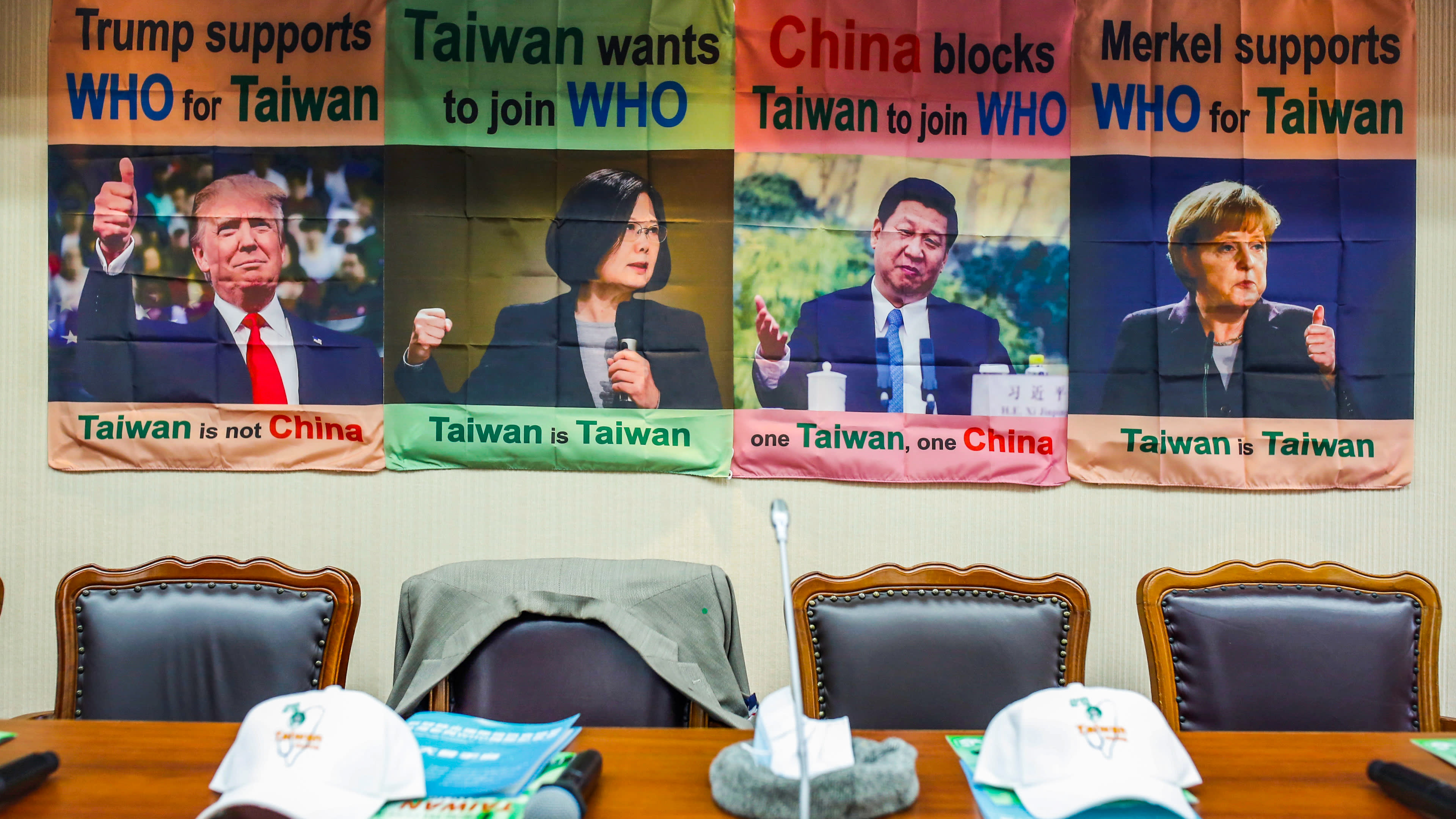 A banner with pictures of world leaders is seen before Taiwan's Health Minister Chen Shih-chung's May 15 news conference in Taipei about Taiwan's efforts to get into the World Health Organization.   © Reuters
FRANCESCA REGALADO and ALEX FANG, Nikkei staff writersMay 18, 2020 17:24 JSTUpdated on May 19, 2020 00:23 JST | Taiwan
CopyCopied

TOKYO/NEW YORK -- The U.S. condemned the World Health Organization on Monday for bowing to Chinese pressure to not invite Taiwan as an observer to a key meeting this week of the institution's decision-making body.

"The United States condemns Taiwan's exclusion from the World Health Assembly," Secretary of State Mike Pompeo said, accusing the multilateral organization of "play[ing] politics while lives are at stake."

"WHO's Director-General Tedros [Adhanom Ghebreyesus] had every legal power and precedent to include Taiwan in WHO's proceedings" but chose to bow to Beijing's pressure, Pompeo said in a statement. "The director-general's lack of independence deprives the Assembly of Taiwan's renowned scientific expertise on pandemic disease, and further damages the WHO's credibility and effectiveness at a time when the world needs it the most."

Taiwan dropped its bid to attend the meeting as an observer earlier in the day.

Pompeo lauded Taiwan for mounting one of the world's most successful efforts to contain the pandemic despite its close proximity to the original outbreak in mainland China.

Beijing's "spiteful action to silence Taiwan exposes the emptiness of its claims to want transparency and international cooperation to fight the pandemic, and makes the difference between China and Taiwan ever more stark," he added.

Earlier Monday, Taiwanese Foreign Minister Joseph Wu told reporters that countries want to use the shortened two-day online meeting to concentrate on containing the pandemic, and suggested that the proposal for Taiwan to join be taken up later this year.

Both Beijing and Taipei furiously worked the phones in the runup to the two-day online assembly, with the latter emboldened by support from eight powerful countries. In a joint letter to the WHO, the U.S., Japan, Germany, France, the U.K., Canada, Australia and New Zealand called for Taiwan's inclusion, citing the island's expertise in handling the coronavirus within its borders.

"The continued exclusion of Taiwan from WHO has seriously compromised the Organization's overall disease prevention efforts," Belize's health minister Pablo Marin wrote in a May 6 letter that accompanied the draft resolution. He called Taiwan "an ideal model for many WHO member states."

The scrapping of the vote will come as a relief for WHO administrators, who would prefer to focus the annual meeting on the global coronavirus response and other items on agenda, including universal health coverage, vaccinations, food safety, and health conditions in Palestine.