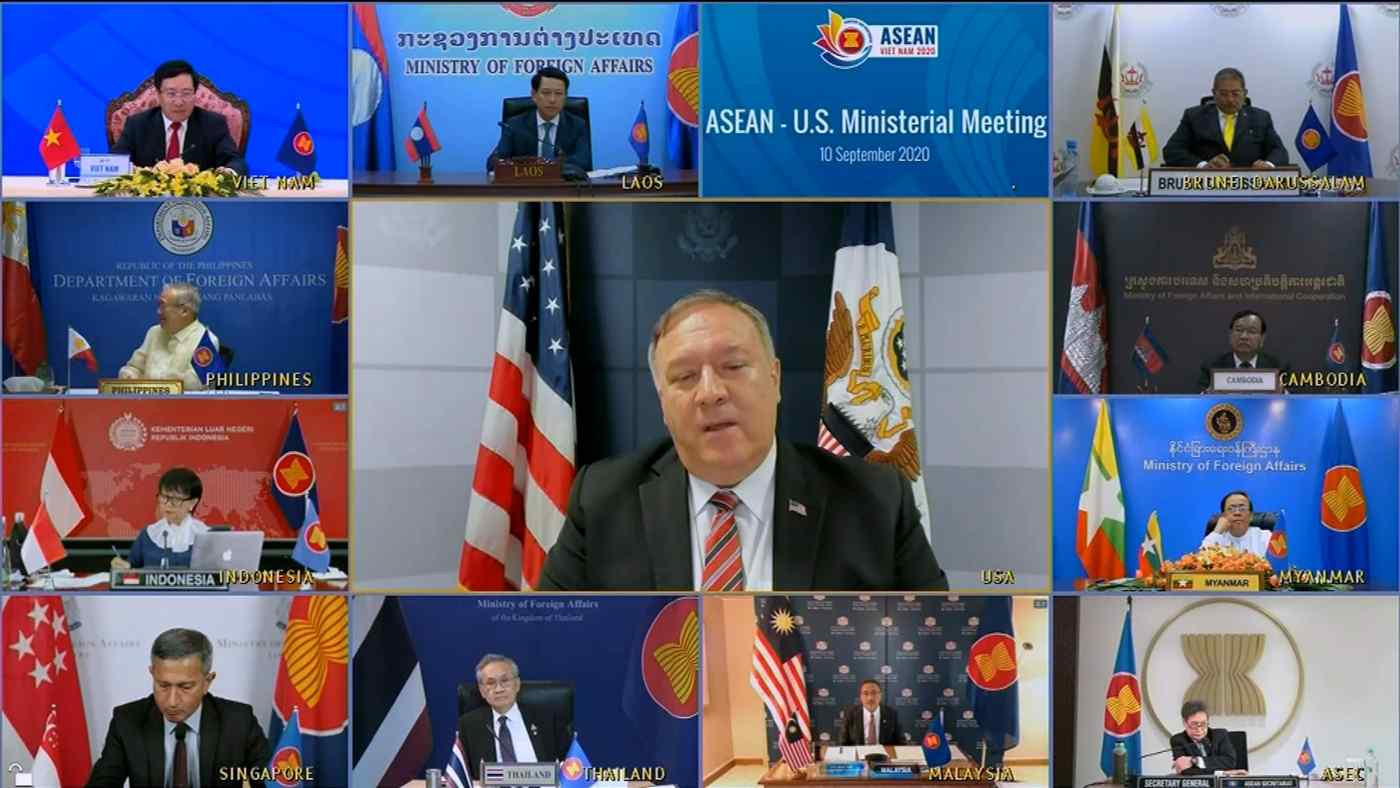 SINGAPORE/HANOI -- The U.S. Centers for Disease Control and Prevention will open a regional office in Hanoi to increase its public health engagement in Southeast Asia, the U.S. State Department said after an online ministerial meeting with the members of the Association of Southeast Asian Nations hosted by Vietnam on Thursday.

The plan comes as tensions between the U.S. and China escalate over maritime security, trade and technology. The role of the regional CDC office has not been clearly stated, but it would increase the centers' capacity in Southeast Asia. That might upset Beijing; China was the epicenter of the novel coronavirus pandemic.

The CDC has been leading the U.S. response to COVID-19. It has a number of local offices around the world, mainly in developing countries such as India and Indonesia. It also has an office in China. The existing Vietnam office has a staff of 64, according to the CDC website. The CDC is working with Thailand and Vietnam to fund surveillance systems that can monitor the spread of COVID-19.

Earlier this year, as President Donald Trump criticized China's handling of the coronavirus, the CDC announced an initial grant of $3.9 million to fund activities in Vietnam in support of prevention, preparedness and response to the COVID-19 outbreak. Setting up a regional office in Hanoi was apparently already under consideration at the time, according to local sources.

An increase in the CDC's surveillance capacity in Southeast Asia would be also in line with Washington's planned withdrawal from the World Health Organization, which President Donald Trump has called a "puppet of China."

For Vietnam and other ASEAN members, a larger U.S. commitment to the region's public health could help them recover from the pandemic.

Under the U.S.-ASEAN Health Futures program, Washington has announced new initiatives, including an additional investment to help ASEAN prepare for public health emergencies, and the creation of the Health Futures Alumni Network, which will aim to bring together more than 2,400 medical and public health alumni of U.S. exchange programs with Southeast Asia.

During Thursday's virtual U.S.-ASEAN foreign ministers meeting, the ministers "highlighted the breadth and depth of U.S. engagement and commitment to the ASEAN region," according to a statement from the U.S. Secretary of State Mike Pompeo also reiterated that the U.S. will work with the region to help its economy recovery "using all tools at our disposal, including the support of the U.S. private sector."

The multilateral get-together was convened as a part of a four-day series of virtual meetings that started on Wednesday between ASEAN and its key partners. The ASEAN Regional Forum, the main event, involves 27 members, including China and North Korea. It is scheduled for Saturday, the final day.

On Wednesday, during the China-ASEAN meeting, Chinese Foreign Minister Wang Yi said the U.S. has become the "biggest driver of the militarization of the South China Sea," adding that "peace and stability are China's greatest strategic interest in the South China Sea."