US warns of broad outbreak at home, sending stocks plunging

Businesses, hospitals and schools told to prepare for emergency NEW YORK -- The new coronavirus will eventually spread more widely in the U.S., the Centers for Disease Control and Prevention warned Tuesday, sending equities into a second straight day of plunges.

"Ultimately, we expect we will see community spread in this country," said Nancy Messonnier, director of the CDC's National Center for Immunization and Respiratory Diseases, in a media briefing call.

Fear of the inevitable sent investors scrambling for cover, pushing the Dow Jones Industrial Average down more than 879 points to close at 27,081.36.

The benchmark lost more than 1,900 points over the two sessions, beating the previous two-day record set in February 2018.

Messonnier said that the U.S. -- which has only 14 confirmed cases about a month after its first -- has been largely successful in containing the virus but that doing so at American borders will get "harder and harder" as more countries experience community spread.

She outlined the different levels of interventions to adopt the situation escalates, including replacing in-person meetings with teleconferencing, closing schools -- as happened during the H1N1 influenza outbreak around a decade ago -- and even canceling mass gatherings.

"We are putting our concerns toward preparing," Messonnier said. "And now is the time for businesses, hospitals, communities, schools and everyday people to begin preparing as well." 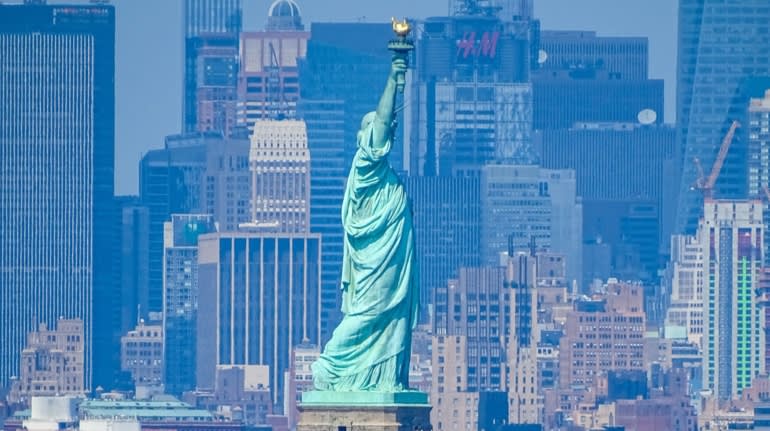 It's not so much a question of if this will happen, but when, a senior official at the Centers for Disease Control and Prevention said of the wider spread of the coronavirus in the U.S.

With the new SARS-like pneumonia coming ever closer to pandemic status, the White House asked Congress on Monday for $2.5 billion in emergency funding to combat the disease.

The funding would go toward such purposes as protective gear, explained Alex Azar, head of the Department of Health and Human Services, in a news conference Tuesday.

Meanwhile, President Donald Trump tweeted from India earlier Tuesday that the coronavirus is "very much under control in the USA."

"We are in contact with everyone and all relevant countries," he wrote. "CDC & World Health have been working hard and very smart. Stock Market starting to look very good to me!"

Trump economic adviser Larry Kudlow echoed this optimism in a CNBC interview Tuesday, saying that U.S. containment of the virus is "pretty close to airtight" and that the economy is holding up "nicely."

"The Trump administration is absolutely bungling the response to coronavirus, putting our public health and our economy at risk," she tweeted. "This is why we need a real plan and an adult in charge."

"The economic threat is also growing -- the 1800-point drop in the Dow this week is the tip of the iceberg," Warren wrote. "Without swift action, supply chain disruptions and reduced purchases will have severe, long-term effects on our entire economy."

There is no sign yet of manufacturer shortages in the protective gear, Food and Drug Administration Commissioner Stephen Hahn said. But hospitals and states are already reporting disruptions to their access to masks.

It will take a year to a year and a half for a vaccine to be available, said Anthony Fauci, director of the National Institute of Allergy and Infectious Diseases, at the HHS press conference.

On Wall Street, many of the Dow's 30 components trended weaker Tuesday, especially in the energy sector. Concerns about a global economic slowdown have put downward pressure on both commodity prices and energy stocks.

Technology giants, which had driven the recent bull market, took hits as well.

The Volatility Index touched a high not seen since December 2018. Investors flocked to safe-haven assets, pushing 10-year Treasury yields down 0.06 percentage point to 1.31%. This beat the low of 1.32% set in July 2016. The yen appreciated to the 109s against the dollar at one point.