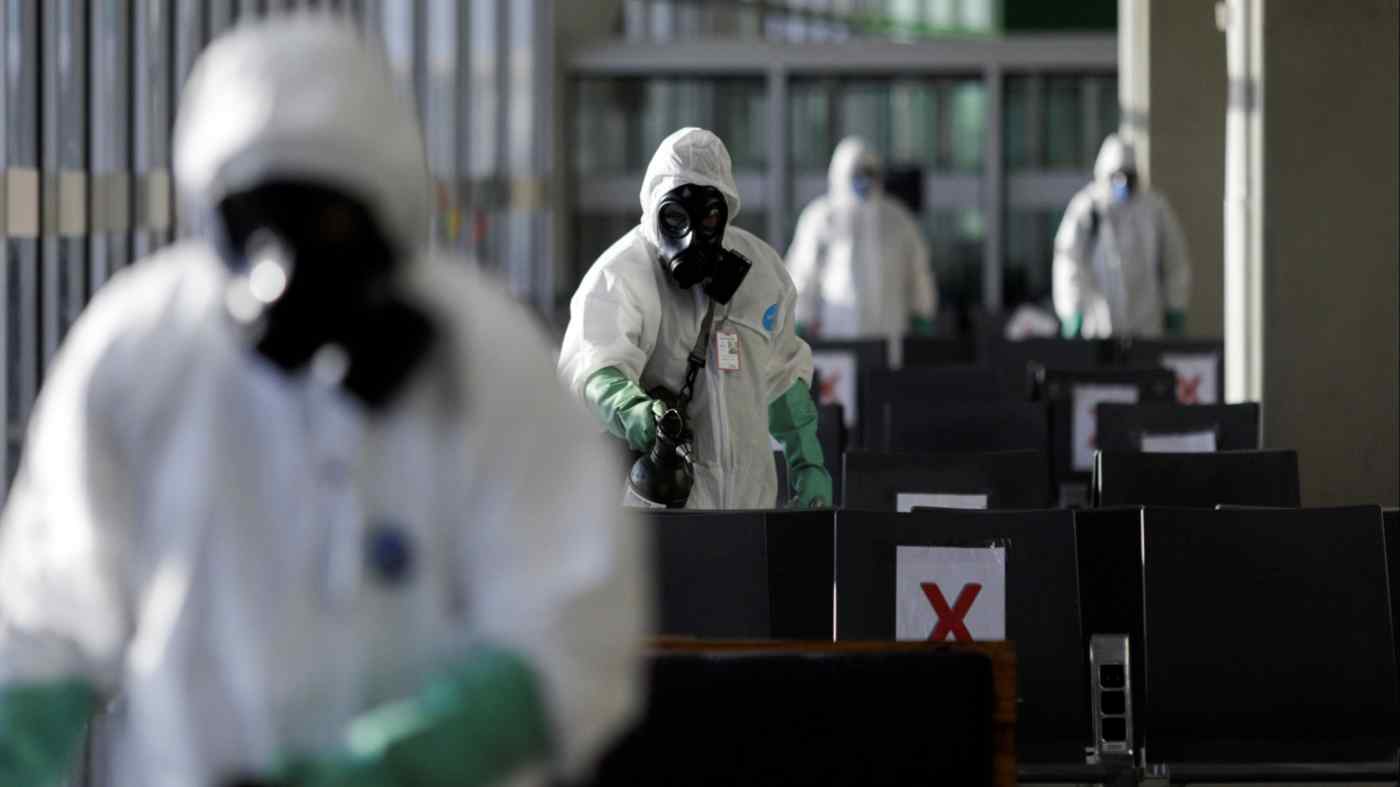 TOKYO -- A machine that uses ultraviolet light to disinfect hospitals has been shown to deactivate the novel coronavirus in just two minutes, providing a potentially effective method of removing the virus from public spaces.

Texas-based Xenex Disinfection Services recently announced a successful test of its LightStrike robot against the virus. The robot, sold in Japan by medical equipment maker Terumo, emits light of wavelengths between 200 and 315 nanometers to decontaminate beds, doorknobs and other surfaces. 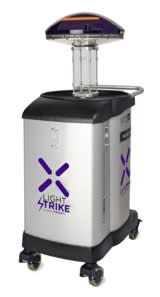 Two or three five-minute rounds of ultraviolet radiation leave pathogens too damaged to function. This technology has been proven to work against multidrug-resistant bacteria and the Ebola virus, according to Xenex.

The LightStrike robot was also shown to be 99.99% effective in eliminating the coronavirus from N95 masks, which would reduce the risk of reusing this vital protective equipment amid an acute global shortage.

The machines have been introduced in about 500 health care facilities worldwide.

Terumo was granted exclusive distribution rights in 2017. The devices, which go for about 15 million yen ($140,000), had been deployed in 11 facilities by the end of April, but interest has been growing from hospitals seeking to avoid spreading the disease.

"Between March and April, we had inquiries from more than 100 medical institutions," a Terumo representative said.