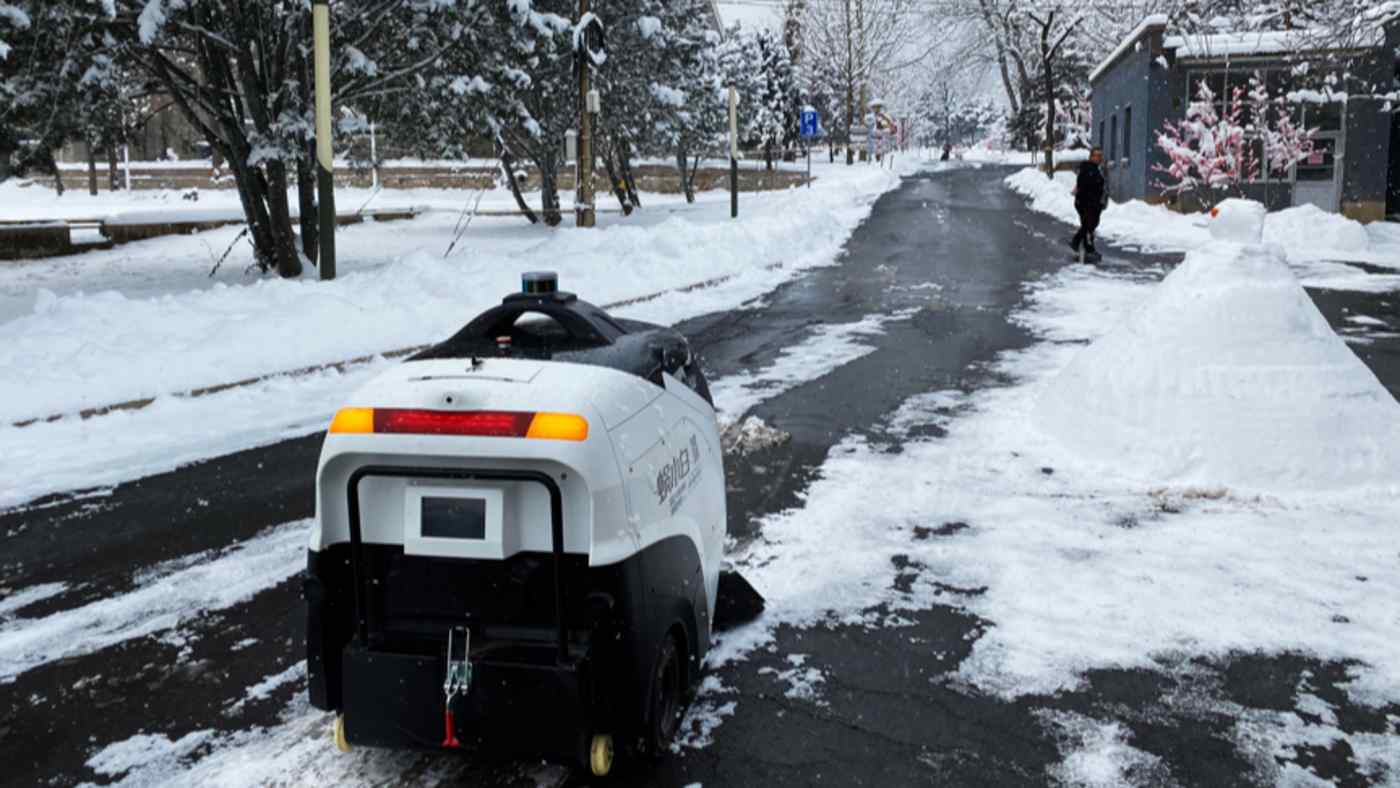 Although unmanned vehicles are finding their way into hospitals and neighborhoods, businesses remain cautious about introducing them too quickly. (Photo courtesy of Idriverplus)
Gheng Xiaoyi, 36KrMarch 12, 2020 00:06 JST | China
CopyCopied

BEIJING -- At a time when preventing the new coronavirus from spreading is of the utmost importance, unmanned vehicles are playing an important role in China. At the same time, people are becoming aware of the limits of what humans can do to combat infectious disease and how automation might help.

Unmanned vehicles are quietly finding their way onto the streets and into hospitals in Wuhan and elsewhere in China. They deliver parcels around town, sanitize hospitals, deliver meals to isolation wards and help medical staff conduct consultations with patients.

But many businesses remain cautious about introducing driverless vehicles.

"Unmanned vehicles were advertised so loudly during normal times, Why have the voices have grown quiet at this critical moment? Is there any way unmanned vehicles can move around on public roads to deliver goods?" wrote Fu Weigang, a researcher with the Sifl Institute in Shanghai, on Weibo, China's answer to Twitter.

As the coronavirus outbreak grew, JD Logistics sent two L4-class unmanned delivery vehicles to Wuhan from Beijing, and engineers in Beijing drove the vehicles remotely using a cloud platform. According to Kong Qi, who heads the self-driving research and development department of JD Logistics' X division, after the vehicles arrived in Wuhan, they began deliveries within a few days.

Wuhan Hospital No. 9 has recently placed 10 to 20 orders for supplies a day, 50% to 70% of which are delivered by unmanned vehicles. Kong said human drivers are used only for items that are too big to fit into the cargo compartment of the vehicles.

Wuhan is not the only place driverless vehicles are in action. On Jan. 29, two hospitals in Shanghai and another in Beijing introduced an unmanned delivery vehicle donated by Idriverplus, which is a partner of Apollo, an self-driving technology consortium led by Baidu. When fully charged, the electric vehicles can operate for six to eight hours, operating at speeds of 5 kph to 10 kph, about as fast as humans walk or jog.

Zhang said all unmanned vehicles require company staff and local workers at the site to deploy them and make adjustments before they can be set loose, work that carries risks.

Unmanned transport and disinfection vehicles developed by Neolix and Idriverplus, respectively, arrived at quarantine centers in Beijing on Feb. 6. The machines are being used to disinfect isolation areas and deliver meals.

A service robot developed by Saite assists medical staff at Guangdong Provincial People's Hospital, delivering medication and meals, and collecting medical waste. The robot can charge itself, open and close doors, and ride up and down elevators, among other things. It also has a disinfection function.

On Feb. 12, three drones were sent to residential areas in the Yangpu district of Shanghai through the "drone infection-control platform" created by Qianxun SI, a service that provides precise location information. The three drones each sprayed 10 to 15 litters of antiseptic solution during their rounds covering 10,000 sq. meters in an hour.

An analysis of publicly available data on unmanned vehicles working on the ground by 36kr's auto-related media outlet reveals many robots operating indoors to support medical staff. But there are not many low-speed unmanned transport and disinfection vehicles. Given the small number of such vehicles, it is no surprise that they are not a common topic of conversation.

According to experts, there are very few areas where companies can test self-driving cars, and there are still many risks involved in having fully autonomous vehicles transport patients and others on public roads. It will be awhile before cars with no one behind the wheel are a common sight.