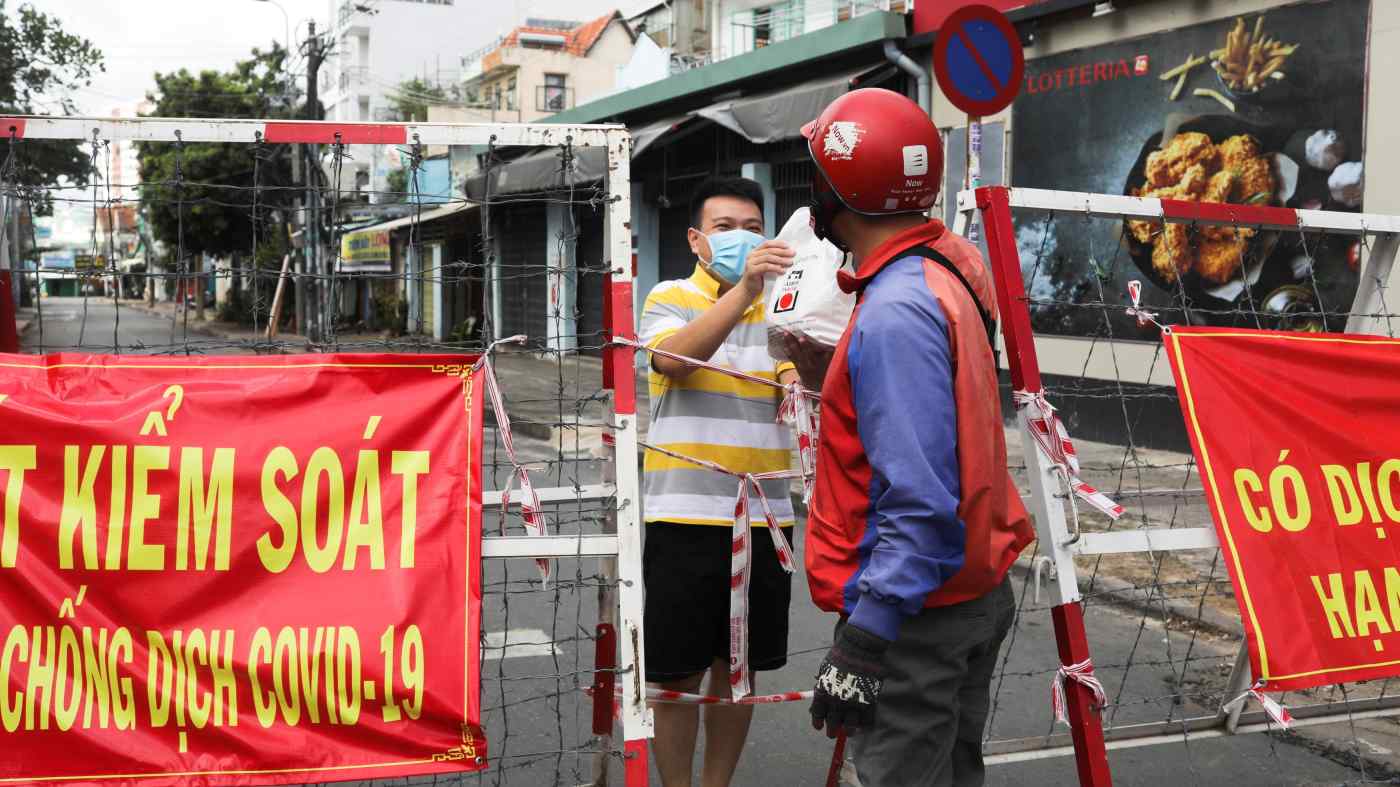 HANOI -- Vietnam's National Assembly on Wednesday approved a resolution to give Prime Minister Pham Minh Chinh and the government centralized power for swift decision-making, in a bid to bring the country's coronavirus outbreak under control.

The resolution was approved by the majority of the lawmakers as the legislative session ended three days earlier than originally scheduled.

The approved resolution gives Chinh and the ministries in Hanoi authority "to decide and take responsibility for the implementation of a number of urgent solutions in the fight against the COVID-19 pandemic," state media reported Wednesday evening.

The government and the prime minister are able to make decisions on such actions as restricting the number of vehicles in affected areas and locking down specific districts The prime minister can impose special measures on communications and take other steps in a state of emergency to prevent the spread of the disease in a timely manner, state media said.

These include measures that have yet to be legalized, and the government is able to skip some key steps in creation of new legal frameworks in order to fight COVID-19.

These powers will remain in effect until Dec. 31, 2022, and the government must report to the National Assembly on any use of special measures at the closest upcoming session, according to local reports. Further details on how the measures would be carried out were not available.

"This National Assembly resolution carries the context of a declaration placing the country in a state of emergency," local political journalist Truong Huy San posted on Facebook, where he has more than 300,000 followers.

"This is the time to make decisions that require centralization," he said.

"The disease situation in places such as Saigon could not be controlled by the old methods of tracking and isolating" new or suspected cases, he added, calling for stronger measures to curb the pandemic. 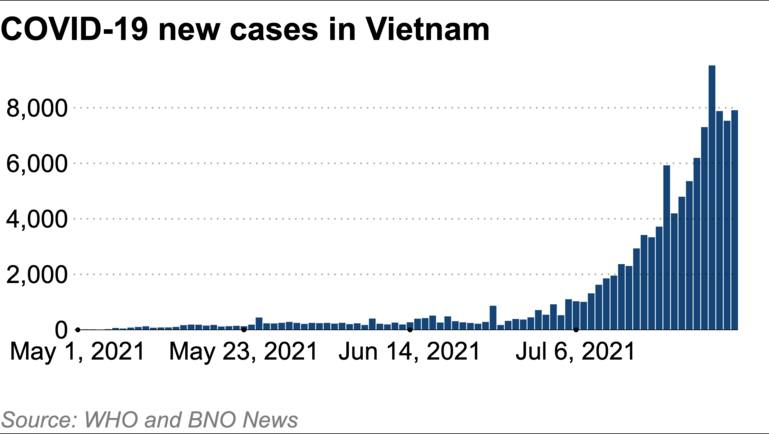 "After consulting experts from the Ministry of Health and WHO [World Health Organization], the prime minister should use the power to decide on special measures" for the use of the Vietnam's homegrown Nanocovax coronavirus vaccine in high-risk areas, Truong Huy San said. The COVID-19 jab was developed by local drugmaker Nanogen Pharmaceutical Biotechnology.

Hanoi set up a $1.1 billion vaccine fund in June to secure enough doses to vaccinate 70% of its 100 million people and reach herd immunity early next year. As of Monday, just over 4% of the population had received shots, putting Vietnam at the bottom in Southeast Asia in terms of vaccination rates.

The Vietnamese constitution defines the National Assembly as the highest representative body of the people and the highest state authority in Vietnam. But in practice, it simply ratifies the policies of the Communist Party and the government.

Since the end of the Vietnam War, the central government in Hanoi, where the Communist Party is headquartered, and Ho Chi Minh City, the economic engine of the country, have maintained a delicate power balance. Wednesday's resolution is expected to provide indirect support to the central government, which wants to take the lead in containing the spread of the virus in the south.