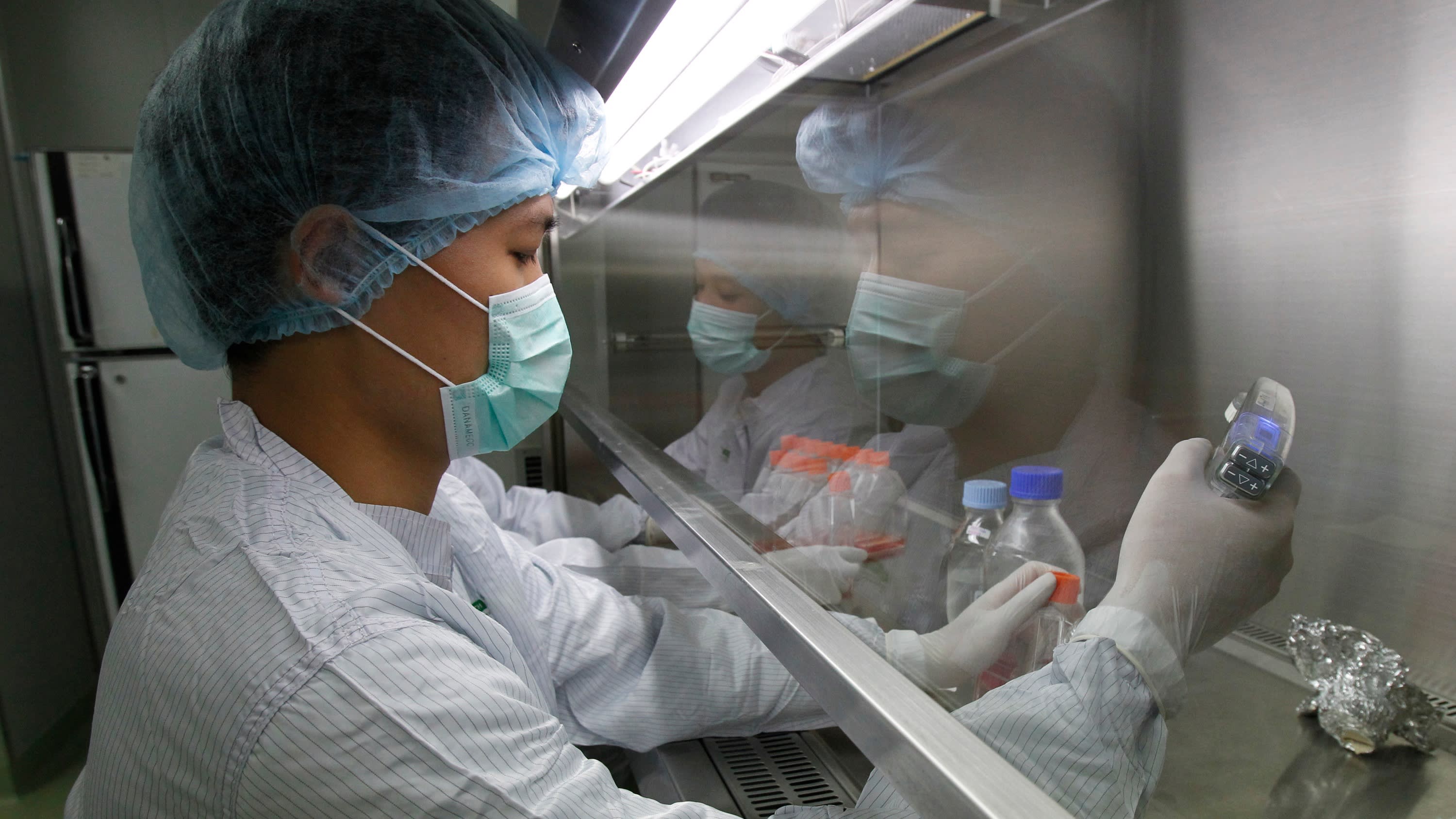 Vietnam is racing to produce its own COVID-19 vaccine, which could provide it with health security and export opportunities.   © Reuters
TOMOYA ONISHI, Nikkei staff writersDecember 11, 2020 12:57 JST | Vietnam
CopyCopied

HANOI -- Vietnamese authorities have told Nanogen Pharmaceutical Biotechnology to proceed with clinical trials of a COVID-19 vaccine, giving a shot in the arm to the Ho Chi Minh City-based company's efforts to roll out a "made in Vietnam" vaccine next year.

The nation of nearly 100 million is prioritizing domestic production of a vaccine as a way to ensure it has enough inoculations for its population. Export opportunities are a secondary motive.

The Ministry of Health's approval came Thursday, two days after inoculations began in the U.K., the first anti-COVID shots in the West, marking a new chapter in the fight against a pandemic that has already claimed 1.5 million lives globally.

Global distribution is another challenge.

If Vietnam's trials show good results, Nanogen plans to administer Nanocovax to the general public as soon as the second half of 2021, according to a statement on the Ministry of Health's website.

Nanocovax seek to be added to a list of potential COVID-19 candidate vaccines. As of Dec. 10, there are 52 candidate vaccines in clinical evaluation, according to the World Health Organization. Clinical trials include projects of Chinese company Sinovac, Osaka University and drug development venture AnGes, and Codagenix and Serum Institute of India.

Nanogen's trial inoculations are to begin on Dec. 17, after Nanogen secures 60 volunteers. The first phase of the trials will be conducted in collaboration with Vietnam Military Medical University.

Although Nanogen is negotiating the price of Nanocovax with the Ministry of Health, each inoculation is expected to cost less than 500,000 dong ($21). Two courses will be needed per patient. Nanogen is also urging authorities to add Nanocovax to the list of medicines covered by health insurance.

One of the other three is a joint-development effort with Russia.

Vietnam is also in talks with the U.K., the U.S., Russia and China to import vaccines, according to the Ministry of Health.

The country is among 42 that can produce vaccines and among 38 with vaccine management agencies that follow WHO standards.

Vietnam has a track record of producing diphtheria vaccines.

Nanogen used recombinant protein to develop its vaccine candidate. The method is time-consuming, but the technology has a number of advantages -- the ability to provoke a good immune response, a high degree of safety, fewer side effects and favorable storage conditions, a Nanogen representative told Nikkei Asia.

The pharmaceutical also confirmed the possibility of working with Bangladesh, India and Indonesia on third-phase testing, which would follow a Health Ministry plan. If the collaborative testing does take place, it would signal an opportunity for Nanogen to tap foreign markets.

Nanogen made headlines in 2010 when Switzerland-headquartered Roche accused it of violating intellectual property rights in the production of medicines to treat hepatitis B patients, according to VnExpress.

Authorities gave the green light to Nanogen as the Communist Party of Vietnam prepares for its National Congress, the country's most important political event next year.

While Hanoi is ready to take any policy action to ensure a safe environment for the National Congress, a made in Vietnam vaccine would help the government and party boost public trust.

Although Vietnam has been relatively successful in containing COVID-19, the government is bracing for a possible new wave of the pandemic, fearing negative economic effects. The country's first case in nearly three months was detected in November.

Hanoi had reported 1,385 cases as of Friday, with 35 deaths. Also as of Thursday, Ho Chi Minh City was up to four infections in a chain of transmissions first detected on Nov. 30.