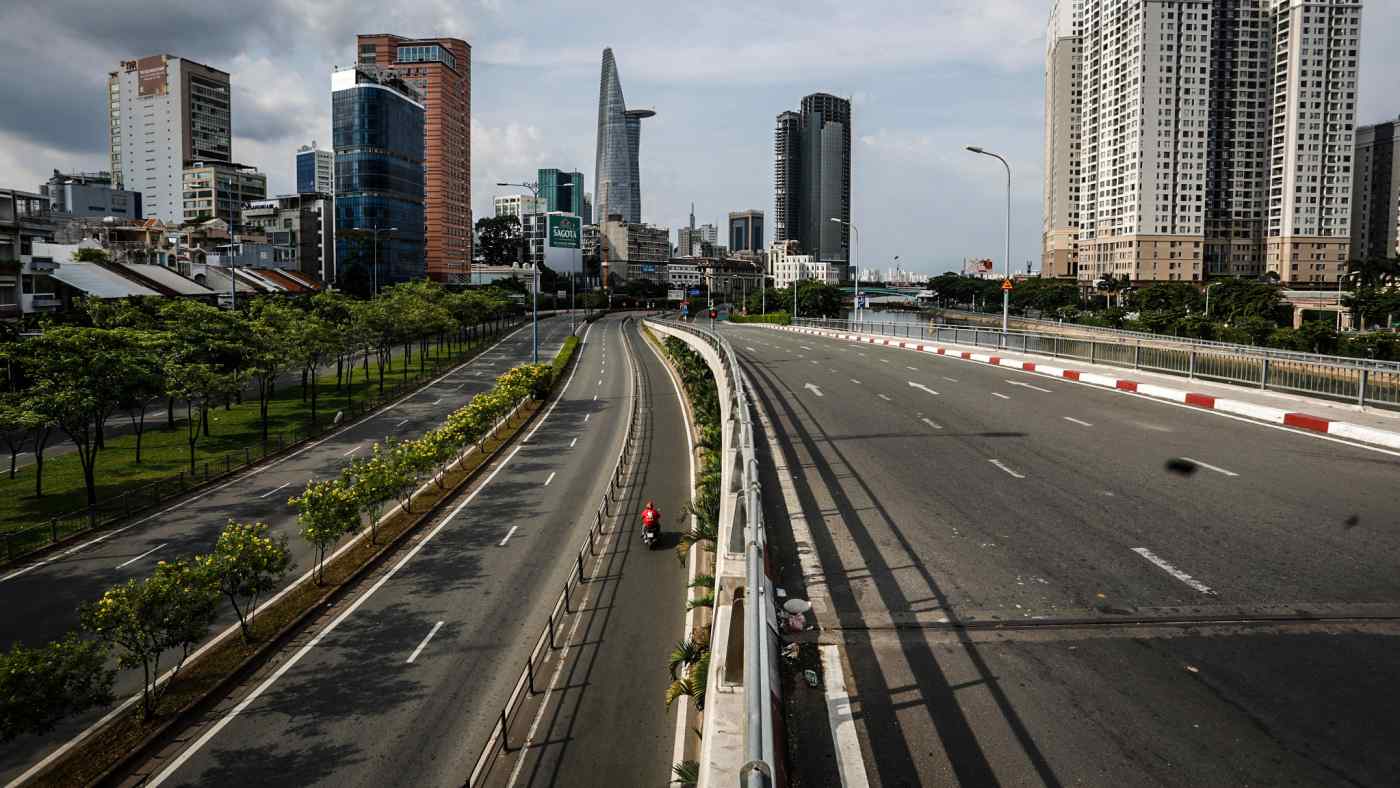 HANOI -- Although vaccination drives in Southeast Asia are making progress, the region is suffering from a rising fatality rate as the delta variant of COVID-19 continues to spread. In Vietnam, a vaccination laggard in the region, the upcoming few weeks will be crucial for controlling the situation, the World Health Organization's main representative in the country has warned.

Health experts say the delta variant, a new strain of COVID-19 first detected in India, is very contagious. "As of 25 July, the Delta variant has been reported in 124 countries in the world, including Vietnam. We expect it to soon be the dominant COVID-19 strain circulating worldwide," Kidong Park, the WHO representative in Vietnam told Nikkei Asia.

"In Vietnam, two variants of concern are circulating, Alpha and Delta variants, with Delta becoming more dominant including in HCMC," Park said." We are monitoring the situation very closely," he added.

Ho Chi Minh City, the country's largest city, located in the south, has been struggling to contain the virus despite a lockdown imposed since May 31.

The national fatality rate shot up in July due to Ho Chi Minh City's wave. "We have concurrent multiple clusters reported in many provinces that are occurring in multiple settings such as in major cities, in large industrial parks, in various hospitals, in residential areas and in quarantine facilities," Park said. "There are still clusters and cases with unknown sources of infection and there is a very high risk of onwards community transmission," he added.

"In Vietnam, we continue to see an increasing number of cases and possibly additional new deaths," Park stressed. "With the new strict measures that have been applied, we are hopeful that this will help slow down the spread of the virus, prevent the health system from being overburdened," he said. The next few weeks will be critical for Vietnam to put the situation under control, he told a state media in a recent interview. The spread of the very transmissible delta variant comes at a time when Vietnam is struggling to accelerate its vaccination drive. Hanoi set up a vaccine fund in June to secure enough doses, worth $1.1 billion, to vaccinate 70% of its 100 million people and reach herd immunity early next year. As of Monday, over 4% of the population had gotten the shots, putting Vietnam at the bottom in Southeast Asia.

On Tuesday, the National Assembly approved the country's economic targets for 2021-2025 to achieve average growth in gross domestic product of 6.5-7% during the five-year period. The targets remained the same as for 2016-2020.

However, the outbreak in Ho Chi Minh City, the country's economic engine, is likely to weigh on Vietnam's economy down the road. In 2020, Ho Chi Minh City accounted for 22.3% of the nation's gross domestic product. The city contributed 27.5% of the state budget during 2011-2019 period.

"The outbreak of the COVID-19 epidemic in early May 2021, with a prolonged lockdown in many provinces and cities, will certainly have severe consequences for the Vietnamese economy," Anh Pham, an independent business growth and strategy adviser, told Nikkei Asia.

"Despite the difficulties, Vietnam still has room to boost growth again after partially controlling the spread of the COVID-19 thanks to three main driving forces: public investment, foreign direct investment and exports," he added. However, attracting foreign direct investment may not be easy when the pandemic is affecting the whole region, he said. "Public investment is the right call, but the quality of the investment is the main concern, given the higher public debt ratio." Vietnam's ratio of government debt to GDP increased to 46.7% in 2020 from 43.5% in 2019, according to Trading Economics. Vietnam is not alone in the region in facing an alarming rise in fatalities attributed to a delta-driven pandemic. The WHO has published a report showing that Southeast Asia is the region with the second-highest mortality rate. The National Assembly will wrap up this evening, three days earlier than originally scheduled.

Hanoi has been forced to prioritize dealing with the COVID-19 situation rather than hold the assembly as scheduled. Hanoi mobilized around 10,000 medical workers to help Ho Chi Minh City put the situation under control. Last Saturday, Nguyen Truong Son, deputy minister of health, sent a letter asking all health care workers, including medical students and retired doctors and nurses, to join hands in the fight against the coronavirus in Ho Chi Minh City. This call attracted 2,154 health care workers to participate after three days.