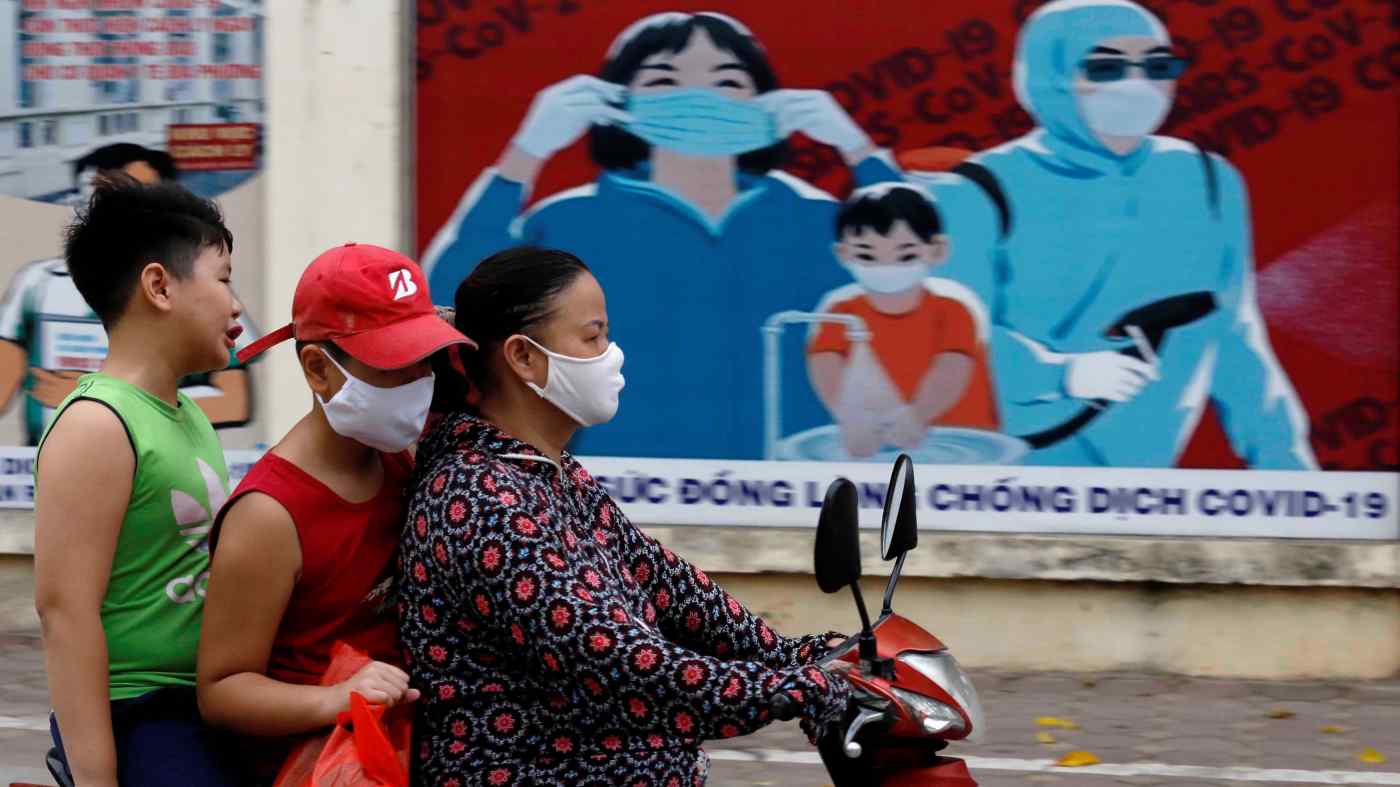 HANOI -- Vietnam is mobilizing to contain the coronavirus in Danang, as the strain detected in the country's tourism hub appears more transmissible than previous versions, health authorities say.

Long spoke at a meeting with Vietnam's National Steering Committee for COVID-19 Prevention and Control.

"The infection rate is about five and six people, compared to the older strains with the rate of 1.8 to 2.2 people," he said. The rate equates to how many people contract the virus in a period of time after having close contact with an infected individual.

The genome analysis was conducted by CDC Vietnam, local doctors and the Pasteur Institute in Vietnam.

The findings prompted Vietnam to send resources to Danang while locking down parts of Hanoi and Ho Chi Minh City, where new cases linked to the central Vietnamese city were reported. The Southeast Asian country has reported 174 new infections tied to Danang over 11 days through Sunday.

Two temporary hospitals have been set up in Danang to handle coronavirus patients while the existing four hospitals have been shuttered due to the growing number of infections. Health authorities plan to transfer COVID-19 patients from Danang to hospitals in nearby provinces and cities to avoid overwhelming local medical centers. The military has been deployed for disinfection activity.

Ho Chi Minh City, the nation's southern commercial hub, has locked down at least 10 sub-districts or zones as of Sunday after detecting six new cases while testing over 21,000 of the 32,000 residents who acknowledged visiting Danang in the past month, the CDC said. The city also reactivated a COVID-19 treatment center with a capacity of 500 beds, bracing for further infections.

Hanoi has tested 50,000 people who returned from Danang as of Saturday. More than 72,000 residents of the capital had visited the coastal city since July 8, Hanoi's municipal government said. More than 1.4 million people nationwide went to Danang during July, the height of the holiday season.

"Vietnam cannot suffer a total lockdown again," a political analyst told the Nikkei Asian Review. "The government's coffer is running out of money as businesses are expected to make huge losses."

Vietnam's export-led economy has been hit severely in recent months despite the country's efficient handling of the pandemic's first wave. Gross domestic product grew just 0.36% in the second quarter, down sharply from 3.8% in the January-March period. The International Monetary Fund forecasts that Vietnam's real GDP growth will drop to 2.7% in 2020 from 7% in 2019.

The coronavirus surge has sparked speculation by local analysts that the Communist Party convention slated for January may be postponed. The gathering is expected to determine key Communist Party, National Assembly and government posts for the next five years.