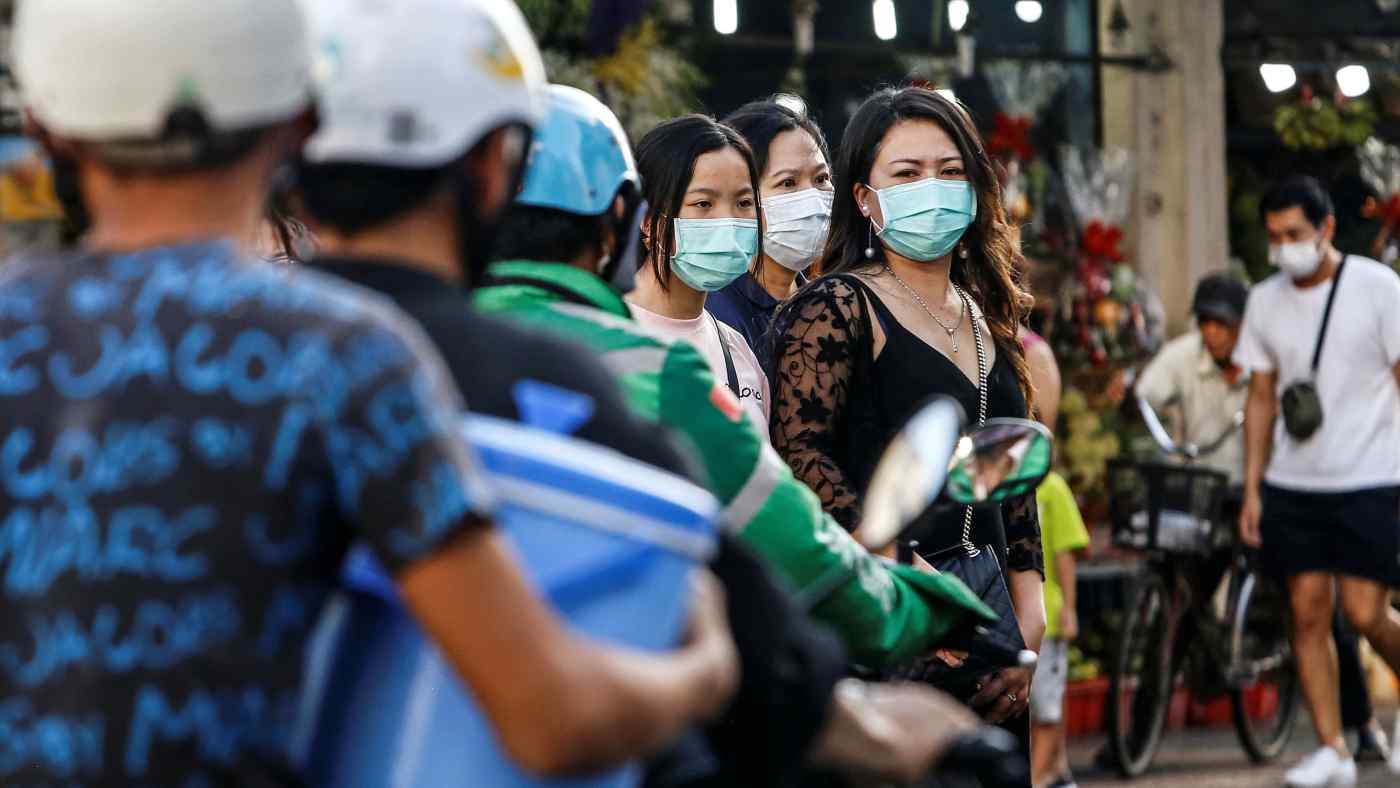 HANOI -- Ho Chi Minh City, the largest city in Vietnam, is on the verge of medical collapse as outbreaks of COVID-19 pandemic ravage the commercial and supply chain hub. The communist-led country was previously known for its successful handling of the virus. Prime Minister Pham Minh Chinh held an emergency meeting Thursday calling for unity and mobilizing resources to fight the disease in the city.

"Closely assess the current situation, forecast the upcoming situation," Chinh told the authorities representing the city and adjacent provinces in the south. "Draw lessons that can be replicated, disseminated and learned to do better in the future," he added.

Minister of Health Nguyen Thanh Long told the meeting that the current wave, which hit the country on April 27, has recorded a total of 34,582 cases nationwide resulting in 100 deaths. During this week alone, the whole country recorded 8,187 new cases. Southern Vietnam contributed to the caseload, with Ho Chi Minh City recording 6,338 cases followed by provinces adjacent to the city, including Binh Duong with 458 cases and Tien Giang recording 280. New cases included 222 in Dong Nai, 161 in Dong Thap, 129 in Long An, 117 in Khanh Hoa and 114 in Vinh Long.

The surge comes as Vietnam struggles to accelerate its vaccination drive. Those who received at least one dose of COVID-19 vaccine in Vietnam stood at 4% of the 100 million-strong population, placing it at the bottom of the list in the vaccination drive in the Association of Southeast Asian Nations.

Following multiple outbreaks at factories in the northern provinces Bac Giang and Bac Ninh near Hanoi, the country's capital, the government on June 5 launched a vaccine fund to secure enough doses worth $1.1 billion, with a target to vaccinate 70% of the population by early next year to reach herd immunity. But Hanoi is making slow progress amid vaccine shortages as Asian peers rush to secure vaccines.

"The risk of an outbreak is present, even in countries that have achieved high vaccination coverage," Health Minister Long warned the meeting. "The delta variant capable of spreading very quickly has been recorded in 58 out of 63 provinces and cities," he stressed, referring to the new, highly transmissible strain of COVID-19 first detected in India. 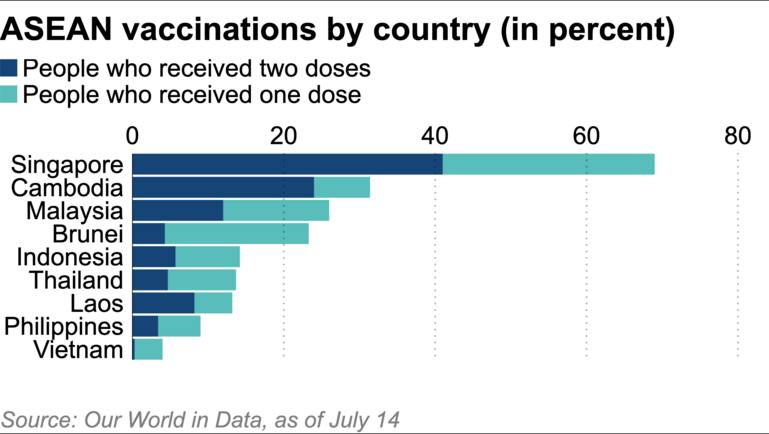 Many outbreaks have occurred in wholesale markets and industrial parks, as well as densely populated residential areas in Ho Chi Minh City.

Hua Quoc Hung, head of the HCM City Export and Processing Zones Authority (HEPZA), which manages 14 industrial-export parks, said on Friday that 1,837 COVID cases have been detected in the facilities since April 27. Key parks under HEPZA, including Quang Trung Software City and Saigon Hi-Tech Park, are on high alert as they house major tech companies such as Samsung, Intel and Nidec. More than 1,000 businesses are based in the parks and zones under HEPZA with a total of 274,000 workers.

In response to the situation, Vietnam has so far mobilized a force of 10,000 health workers and volunteers to support Ho Chi Minh City, the Ministry of Health said on Thursday. The ministry also issued a new guideline on Thursday shortening the required treatment time for asymptomatic patients in a bid to offload the burden of medical facilities treating COVID-19 patients in Ho Chi Minh City and Binh Duong.

In the emergency meeting on Thursday, Prime Minister Chinh called coordination of authorities to mobilize containment efforts "in a rhythmic and efficient manner" to protect Ho Chi Minh City.

"The spirit is that taking care of and protecting people's health and lives is first. First of all, provinces with epidemics must give priority to controlling, preventing and repelling the epidemic. In safe places, where conditions permit, production must be well organized to achieve dual goals," Chinh said calling for increased efforts to preserve economic growth while containing the virus.