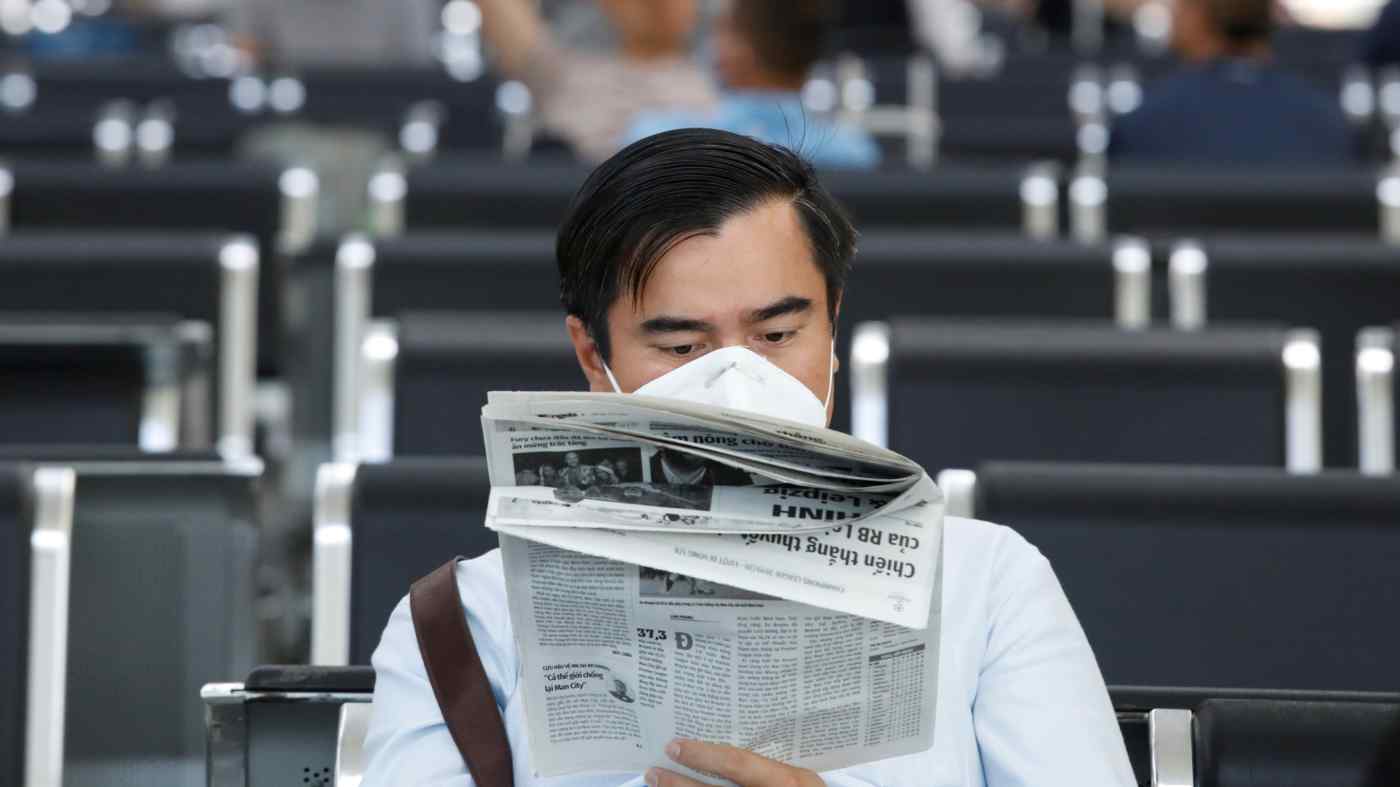 A man reads a newspaper in Danang airport. Viet Nam News will not print an edition until April 15, but will continue publishing on its website.   © Reuters
TOMOYA ONISHI, Nikkei staff writerApril 1, 2020 00:46 JST | Vietnam
CopyCopied

HANOI -- The state-run Vietnam News Agency stopped printing its key English-language newspaper Tuesday until April 15, after one of its reporters tested positive for the new coronavirus.

Viet Nam News, which was founded in 1991, will continue publishing articles on its website.

The reporter conducted an in-person interview with a former French diplomat on March 12, local media report. The diplomat had no symptoms at that time, but tested positive for the virus Thursday.

The reporter then tested positive Sunday. The Hanoi office where the journalist worked has been shut down and disinfected. Colleagues who came into contact with the reporter have been quarantined, though none so far appear to have the virus.

Vietnam has seen a surge in cases since early March, many of whom were foreign travelers or Vietnamese coming home from abroad. The virus also is spreading at a hospital in Hanoi. The country now has at least 194 patients.

The Vietnamese government on Sunday urged Hanoi and Ho Chi Minh City to prepare for a lockdown in order to contain the outbreak. Restaurants and entertainment facilities in several cities already have been ordered to close.