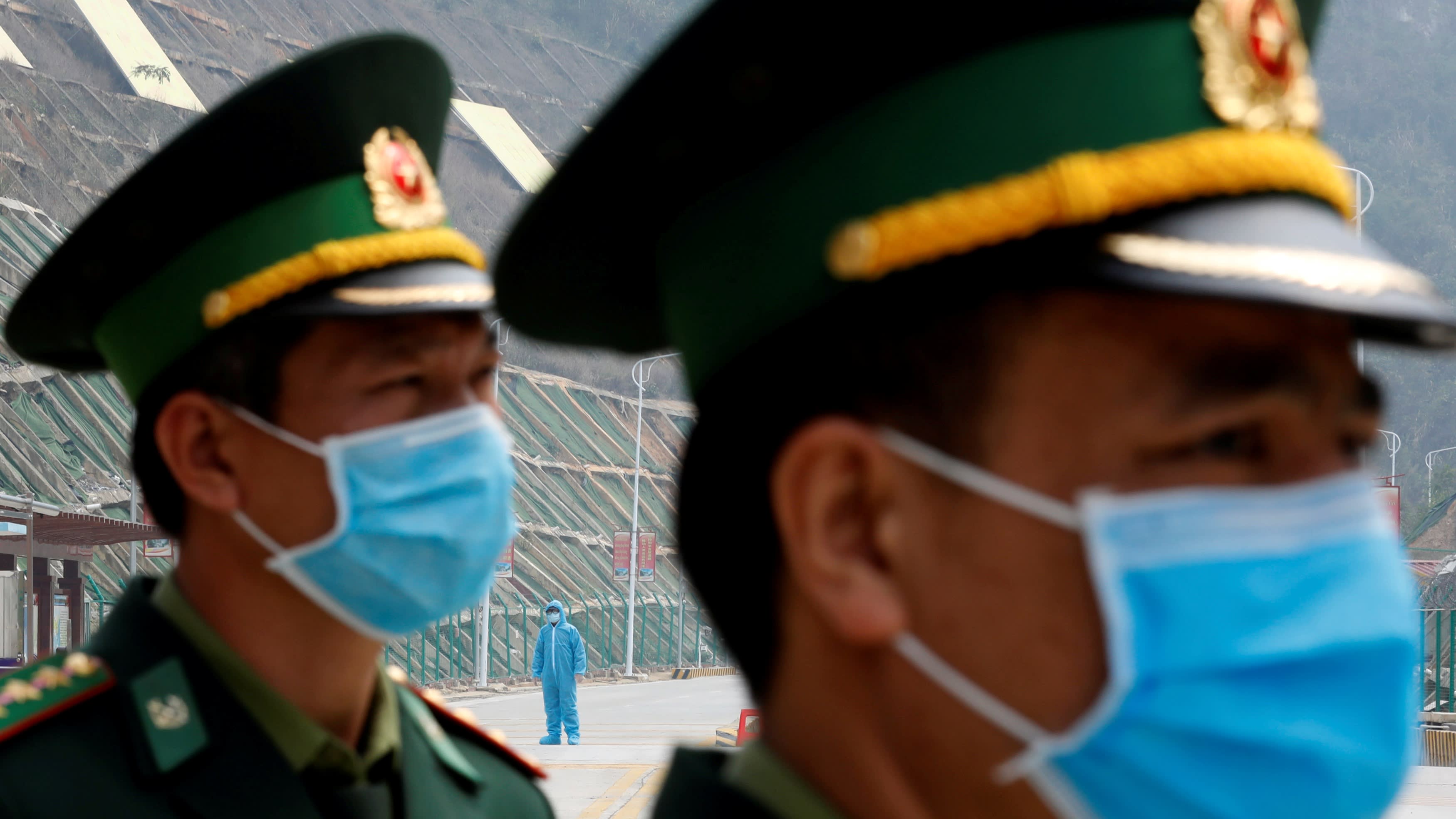 HANOI -- Vietnamese Prime Minister Nguyen Xuan Phuc has asked local authorities to impose tighter controls on illegal immigrants from neighboring countries as the Southeast Asian nation, which has won praise for effectively containing the coronavirus, confirmed its first new locally transmitted cases in three months in the city of Danang.

Phuc on Monday called for authorities in the central Vietnamese city to take strong measures to prevent the spread of any more cases.

"We must have a decisive attitude, otherwise we [Vietnam] will fail in this anti-epidemic campaign," Phuc said in an online meeting on COVID-19 prevention and control with authorities in Danang. The prime minister asked authorities there to implement social distancing throughout the city starting from the afternoon.

"Nonessential services must be stopped," Phuc said. "We have not used the 'lockdown' word for Danang yet, but there must be a level of social distancing." He also called for stronger actions in that regard than the city itself announced Sunday.

Phuc's concern came after Nguyen Thanh Long, the acting health minister, in a meeting with the government on Saturday said a 57-year-old man from Danang who tested positive for COVID-19 had no record of traveling outside the country. Local media reports quoted the official describing that case and three other confirmed infections linked to the city as being "imported to the city of Danang."

But at a government meeting Monday, Long said there is not enough evidence to confirm that the four new cases have the same source of infection, suggesting the possibility of multiple avenues and even that the outbreak may have started in the community. But he stressed that the virus in the newly confirmed patients is a different strain compared with ones already existing in Vietnam, strongly suggesting it came from outside the country.

Following the announcement, critics in both mainstream and social media said Chinese immigrants illegally entering Vietnam by land and skipping necessary prevention measures as well as Vietnamese returning from China should be taken into account as the possible source of the local transmission of the virus.

Vietnam shares land borders with countries including China, Laos and Cambodia. The one with China, where the pandemic originated, stretches more than 1,200 km. Thanks to strict quarantine and aggressive social distancing measures, the Southeast Asian country has managed to keep its virus total to only 420 cases with zero deaths as of Sunday. But it has found a hole in its defenses in the form of illegal immigrants from its neighbors. The new case in Danang ended a run of 99 days with no locally transmitted infections.

Hanoi currently allows international charter flights to bring Vietnamese home from overseas as well as for foreigners entering the country, but all arrivals are required to follow stringent measures to avoid the spread of the virus. So far, new imported cases made public have all been detected at airports. Vietnam requires all people entering the country to stay in mandatory quarantine for 14 days, during which they will be tested for the virus several times. Quarantining and testing are free for everyone.

After medical officials confirmed the new case in Danang, Phuc said at a cabinet meeting in Hanoi on Saturday that authorities must as a deterrent swiftly punish anyone who helps bring immigrants into Vietnam illegally. He also called for immediate prosecutions and fast trials for all cases related to the activities of bringing foreigners to Vietnam illegally and "widely publicize the information to the people."

Phuc also asked his cabinet to stay on high alert. "The Ministry of Public Security and the People's Committees of all provinces and cities have to identify all illegal immigrants to put them under medical surveillance and issue fines to these undocumented immigrants in accordance with current regulations," he said.

The government on Saturday also asked the ministries of national defense and public security to continue with strict border controls, especially at crossings and border gates, with illegal entrants to face stiff penalties.

On Sunday, the Health Ministry reported three more locally transmitted infections, bringing new cases inside the country to four over the weekend. Two of the people are in serious condition.

Danang again imposed social distancing measures from noon on Sunday, banning gatherings of more than 30 people. Residents and visitors are asked to stay 1 meter apart and wear masks in public spaces. The city has canceled all events that draw crowds.

Meanwhile, the capital, Hanoi, requested that people who recently returned from Danang self-isolate at home and report any fevers. Shops selling medicine are required to report those who purchase medicine to relieve fevers.

Authorities are also tracking down everyone who came in contact with the four new patients, three of whom are in the city while one who visited it has returned to Quang Ngai Province, south of Danang. The number who had direct contact rose to more than 200, while those with indirect contact totaled more than 1,000.

Local authorities have been ramping up efforts to crack down on illegal immigrants over the past few months.

On July 19, law enforcement in the town of Dien Ban in Quang Nam Province arrested 21 Chinese who are believed to have entered Vietnam along small paths along the border to seek jobs.

On July 16, up to 24 Chinese nationals were found entering Danang illegally. That forced the city's police to examine 14 local households accommodating foreigners, as well as 374 guesthouses, hotels, home stay locations, rental houses, resorts and apartments in a mass search for Chinese nationals in the city. The mission found two dozen Chinese were staying illegally in the city on Saturday.

Vietnam cannot tolerate even a small number of COVID-19 cases because its health system is fragile and may struggle to handle an explosion of infections, according to a political analyst who declined to be named.

"Hanoi remains on high alert because it needs to avoid the spread of the coronavirus until next January," he said, referring to scheduled voting for key Communist Party, National Assembly and government posts. "Safety, stability and unity before the election are the top priorities of Vietnamese leaders at this time."