Vietnam to ease lockdown Thursday in most areas

Flights to resume, but parts of Hanoi will remain under social distancing rules 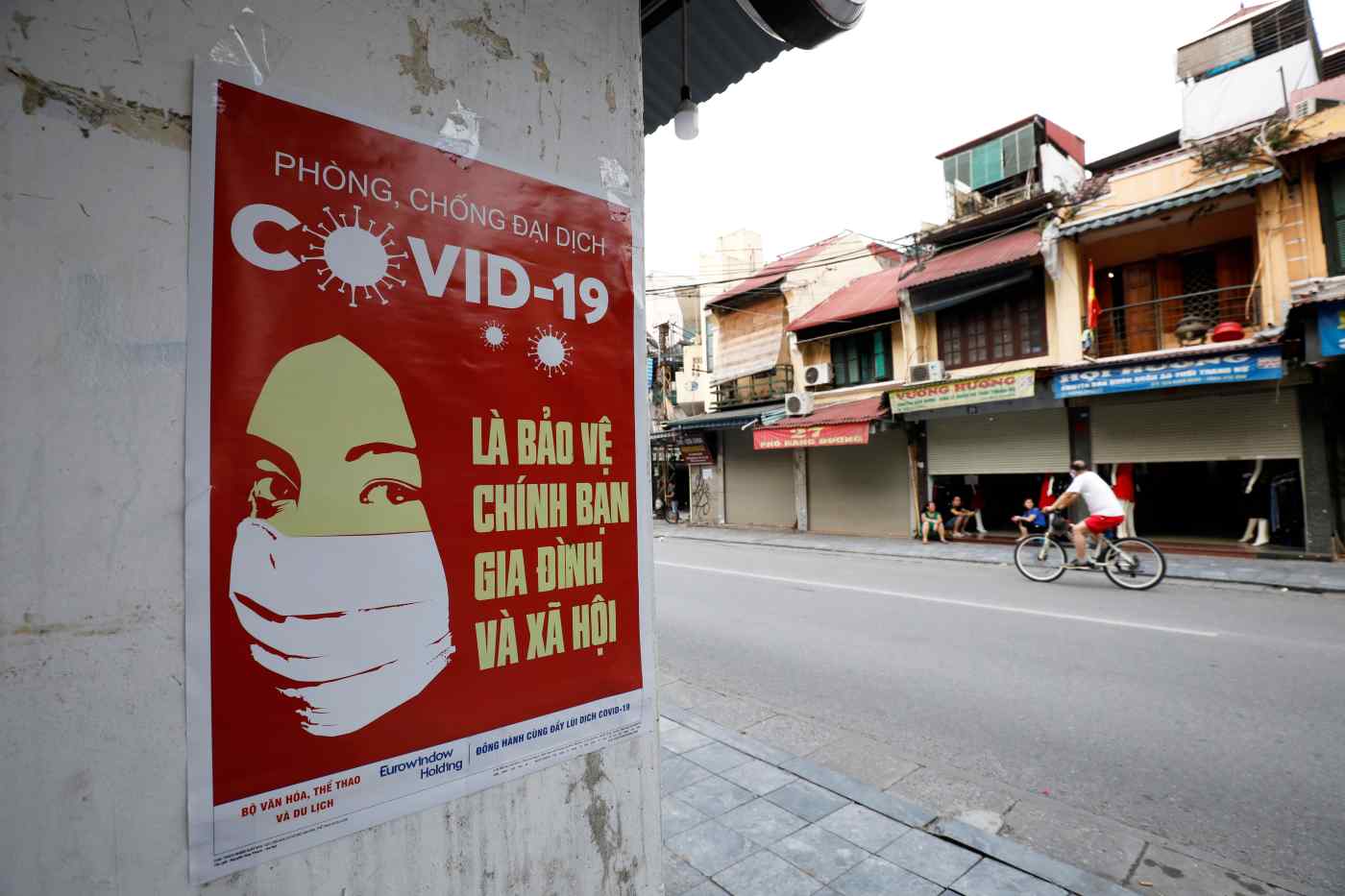 HANOI -- Vietnam said Wednesday it will end its nationwide social distancing measures to curb the spread of the coronavirus, except in some districts of Hanoi, after reporting no new cases for seven straight days.

The restrictions on business and other activities imposed on April 1 will be largely eased from Thursday, according to a national steering committee for COVID-19 prevention.

Hanoi, Bac Ninh Province, Ha Giang Province and Ho Chi Minh City will maintain some restrictions on activities. Only in parts of the city of Hanoi designated as high-risk will the full social distancing measures remain in place until April 30.

"Hanoi will have a lower alert level, but not all measures will be removed; rather, they will be phased out gradually," said Nguyen Duc Chung, chairman of Hanoi People's Committee.

Vietnamese airlines are allowed to resume all domestic flights from Thursday, and increase the frequency of service on key routes, based on a plan from the aviation authority. Hanoi suspended domestic flights on April 1, then partially allowed some flights on routes from Hanoi, Ho Chi Minh City and Danang starting April 16.

But a representative of a local airline told the Nikkei Asian Review that the carrier had not seen any improvement in bookings for May and June flights and that restoring service would depend on demand.

Vietnam is preparing to receive and place in quarantine thousands of people returning to the country from abroad in the coming weeks, many of them workers from China.

According to the steering committee, all activities, including non-essential business and services, are allowed to return to normal on the condition they follow proper infection control measures.

"Based on local conditions, leaders of each location will have discretion over each sector in their localities, strictly considering the location of industrial parks, densely populated areas and border areas," said the committee's chairman, Vu Duc Dam.

Ha Giang, located near the Chinese border, on Wednesday announced a lockdown of commune of 7,600 people to prevent the disease spreading from a patient confirmed on April 8. Bac Ninh will maintain strict social distancing measures after a confirmed case at Samsung Display facility on April 11.