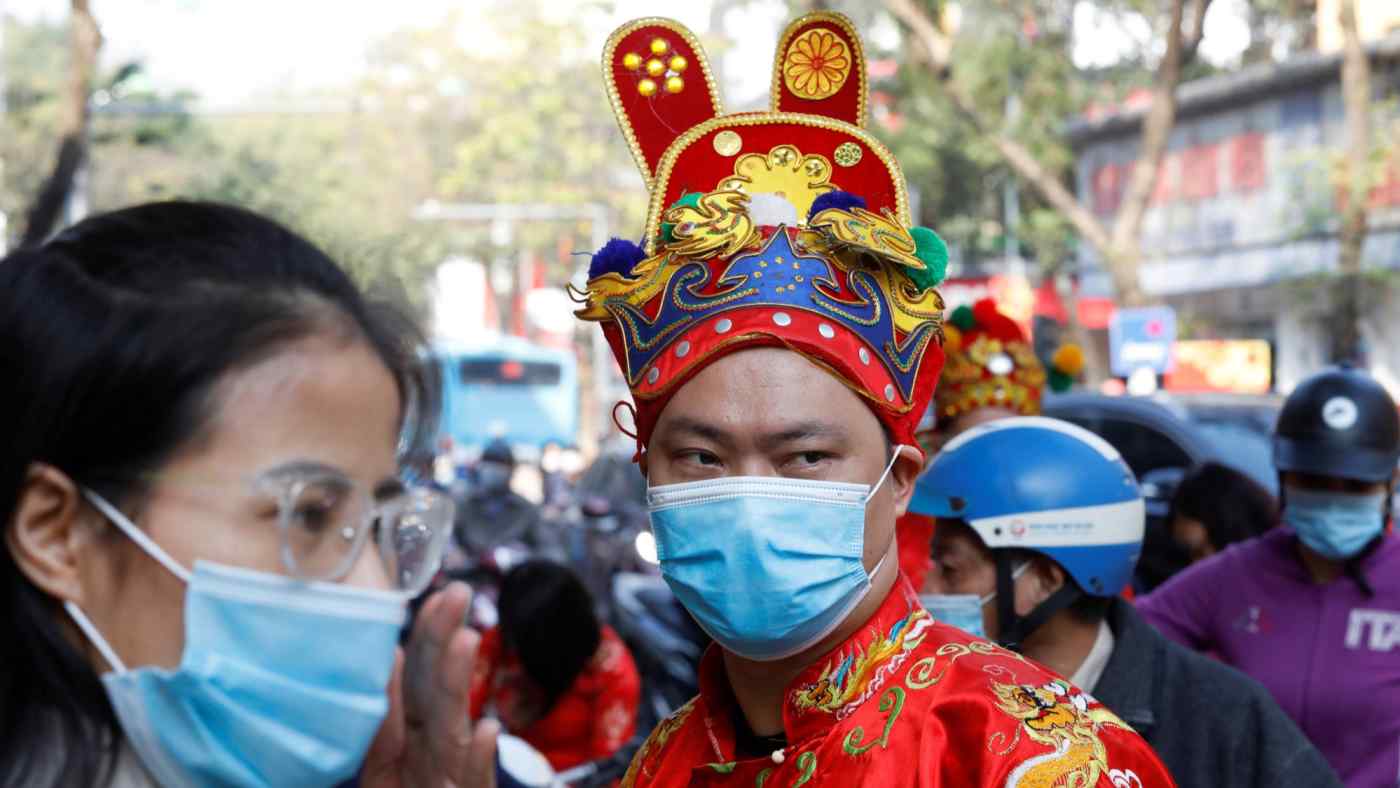 A gold shop employee is dressed as the Vietnamese God of Wealth. Despite a travel agreement with Tokyo, few Japanese business executives want to visit the country because of onerous regulations.   © Reuters
TOMOYA ONISHI, Nikkei staff writerMarch 28, 2021 09:30 JST | Vietnam
CopyCopied

HANOI -- The travel bubble between Japan and Vietnam for short-term business stays has gained little traction five months after its launch, as prospective visitors from Japan are put off by the especially strict protocols in the Southeast Asian country.

The so-called Business Track framework with Vietnam started last November in response to strong calls for allowing engineers and executives from Japan to visit the country, a favorite destination for Japanese investments outside China.

But it turns out that the bubble has produced little cross-border business travel.

"The framework has been used by some diplomats, but I've heard almost no cases involving business travelers," said an official with knowledge of the program.

Travelers must submit many documents in advance, including an itinerary detailing specific places and people they intend to visit. Once in Vietnam, visitors are accompanied by government employees every time they go out and are required to take a coronavirus detection test every two days.

"It's not designed for businesspeople in the first place," said an executive at a Japanese trading house.

Japanese people moving to Vietnam for a work transfer face waiting more than a month for their entries to be processed, and applications for the Business Track are said to be even more complex with a slim chance of approval. A travel agency that handles applications even turns down requests "when customers contact us with inquiries," a company official said.

Vietnam draws complaints from foreigners for having one of the strictest border control schemes, with no plans for restarting regular international flights. But the country, which has kept its total number of infection cases to around 2,600, achieved economic growth of 2.91% for 2020 -- even while keeping foreign businesspeople out.

Hanoi maintains tight border controls in part due to a slow vaccine rollout there. Vietnam's inoculation campaign started March 8, the latest among the top six Southeast Asian economies. The country is not expected to reach its vaccination coverage target of 80% until June 2022, and that timetable may be pushed back depending on whether Vietnam's efforts to develop homegrown vaccines succeed.

"Restart of cross-border travel will likely be much later than neighboring countries," an airline industry insider said.

This will put Vietnamese businesses "at a disadvantage" in bringing tourists back to the country, said Nguyen Huu Tho, chairman of the Vietnam Tourism Association.