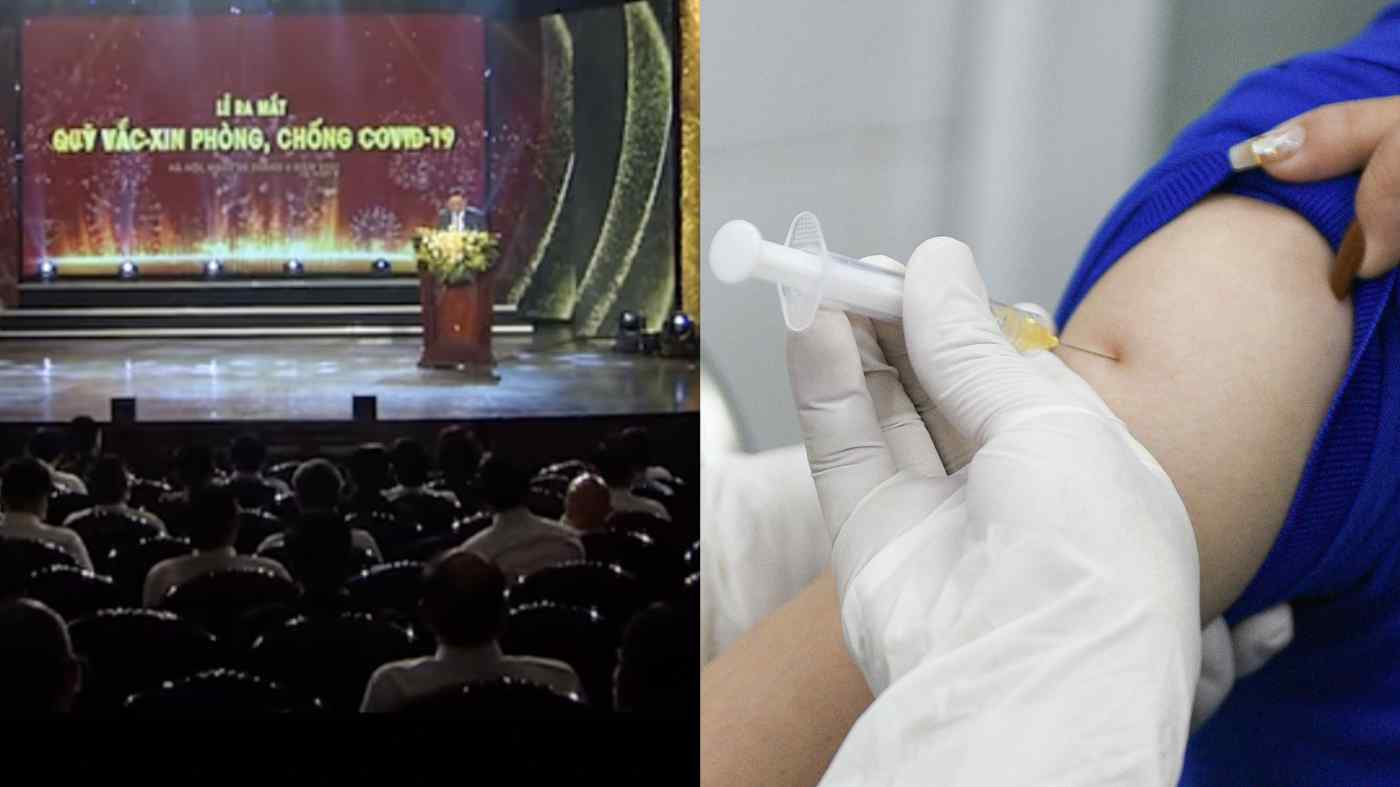 HANOI -- Samsung Electronics and Toyota Motor are among Vietnam's leading international investors that have made contributions to a new COVID-19 vaccine fund launched by Hanoi, a key link in the global tech supply chain.

As the country fights a rise in coronavirus infections, multinational manufacturers from South Korea, Japan and Taiwan with operations in Vietnam are on the list of major foreign donors that have heeded a call from Prime Minister Pham Minh Chinh for donations from foreign and domestic organizations and individuals.

Samsung donated 40 billion dong, while Toyota Motor and Foxconn followed with 10 billion dong each, according to a list issued by the Ministry of Finance on Saturday.

Samsung runs two plants in northern Vietnam that account for more than half the company's global smartphone output. Taiwanese manufacturer Foxconn is among key Apple suppliers operating in the Southeast Asian country. Toyota assembles four models, including the Corolla and Fortuner, in Vietnam.

The amount of contributions reflect Vietnam's significance in electronics and auto supply chains.

Bac Ninh Province near the capital, Hanoi, hosts 1,120 companies in industrial parks with about 450,000 workers, according to the provincial government website. Samsung was among the foreign manufacturers with factories where coronavirus cases were detected, along with Canon and U.S.-headquartered exercise equipment maker Johnson Health Tech, authorities said last month. 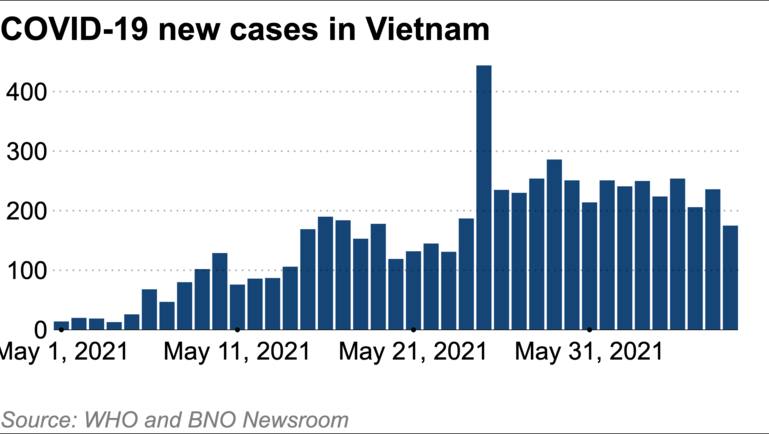 The outbreaks have brought about a change in strategy from Hanoi in dealing with its epidemic, switching from containment to encouraging the population to be inoculated.

The fund aims to help Vietnam secure enough doses to vaccinate the country's 100 million people. The Health Ministry says it needs 150 million doses from various vaccine makers, costing $1.1 billion, to inoculate the 75 million people required to reach herd immunity by the end of the year. The money will be used to buy vaccines from overseas and to develop homemade ones.

Vietnam was relatively successful in containing previous waves of COVID-19 early in the pandemic. Ironically, that has contributed to Vietnam's slow start with the vaccination drive.

"This is a fund of kindness, solidarity, faith, connecting hearts so that we can overcome difficulties together," Chinh said when he attended the launch event of the fund on Saturday at the Hanoi Opera House.

The Ministry of Finance initially allocated about 14.5 trillion dong for vaccines. Increased outlays on vaccines would leave little room to deal with other expenditures to support the economy under the pandemic. Government debt in 2021 is expected to reach 600 trillion dong, about two times the amount four years ago.

The government plans to cover 60% of the $1.1 billion vaccine price tag in the national budget with donations from private companies, individuals and state-owned companies covering the rest.

Foreign business will likely feel pressure to contribute to the fund, especially South Korean corporations that have a massive presence in the country and must live up to Hanoi's expectations while keeping their own businesses rolling.

Led by Samsung, South Korean businesses have been the largest source of foreign direct investment in Vietnam. As of March 31, there were 948 South Korean projects in Bac Ninh, with a total registered investment capital of $10.8 billion, accounting for about 53.2% of foreign investment capital in the province. South Korean FDI projects in the province are mainly in the fields of electronic components production, mobile phones, precision mechanics, agro-food processing, service industries and civil industry. These enterprises are responsible for more than 100,000 jobs.

"The Vietnamese government has been calling on Korean companies to take part in its vaccine drive. They even asked us to vaccinate all of the locals working in our factory," a major conglomerate official said, the Korea Times reported.

Some Japanese companies also voiced concern that support for the vaccine funds "may continue for some time."

The pandemic is not expected to end soon, and vaccinations must be carried out periodically, Chinh suggested. "Vaccination is a fundamental and a long-term, decisive and strategic solution to fight against the COVID-19 pandemic," he said.

Vietnam's Health Ministry last month authorized a COVID-19 vaccine from China's Sinopharm for emergency use. Vietnam had been alone among the 10 members of the Association of Southeast Asian Nations in not receiving shots from China.