WHO calls coronavirus a pandemic as cases soar 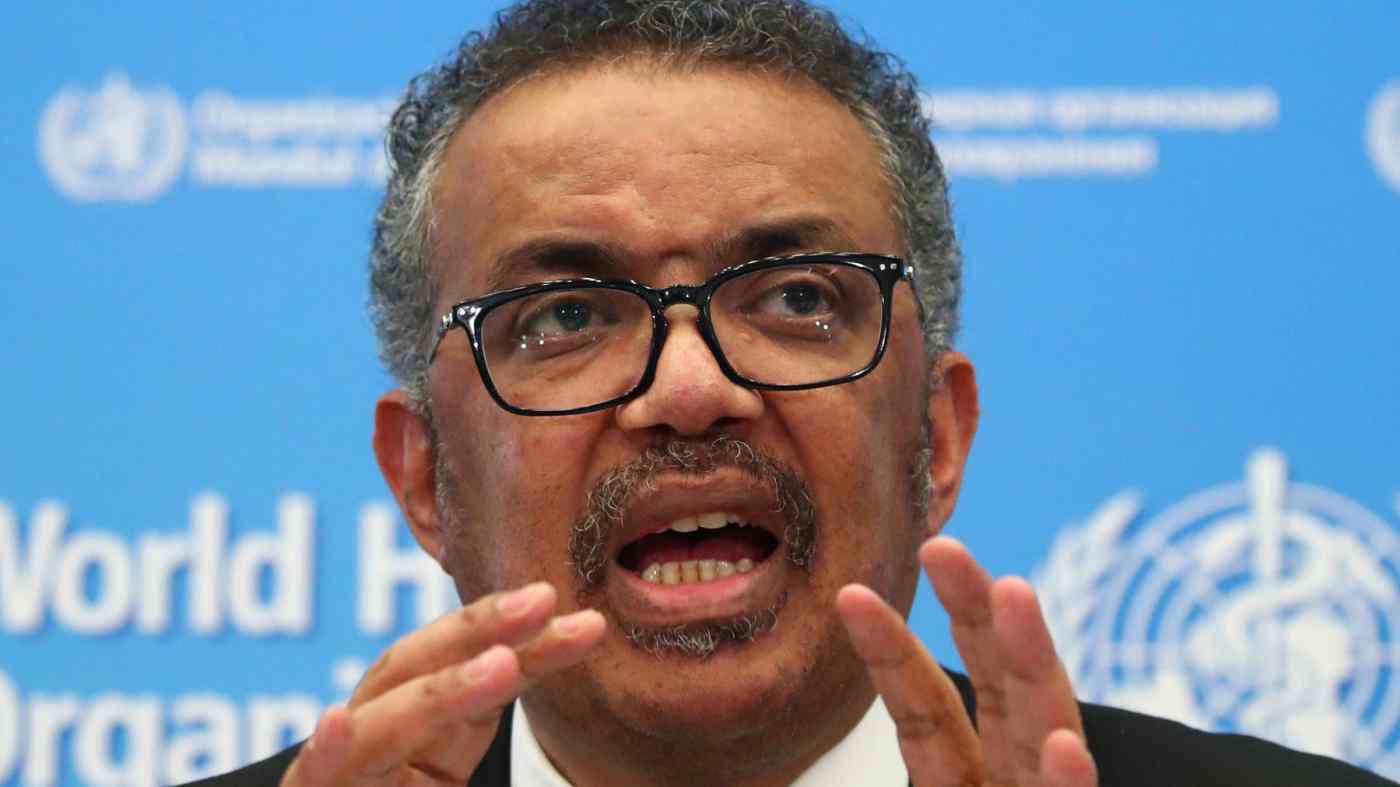 GENEVA -- The new coronavirus outbreak is now a pandemic, the World Health Organization said Wednesday, marking the first such categorization in 11 years.

In a news conference, Director-General Tedros Adhanom Ghebreyesus said that over 120,000 people have been infected in around 120 countries and regions to date.

"We have therefore made the assessment that COVID-19 can be characterized as a pandemic," referring to the disease by its official name.

The last time the WHO declared a pandemic was in 2009, for the swine flu. The organization looked at the soaring number of coronavirus cases outside China and made the decision. The global death toll has reached 4,300. A woman prays on her knees in front of an empty St. Peter's Square at the Vatican on Wednesday.   © Reuters

A pandemic is declared when a new disease for which people do not have immunity spreads around the world beyond expectations. Nations are not mandated to take any measures, but the declaration is widely seen as a signal to shift from trying to contain the virus to responses that soften the impact of the crisis.

But while declaring the pandemic, Tedros also said Wednesday that this would be "the first pandemic in history that could be controlled."

"All countries can still change the course of this pandemic," the director general said, "if countries detect, test, treat, isolate, trace and mobilize their people in the response."

Infections outside China are the highest in Italy, followed by Iran and South Korea. In recent days, the increase in cases in France, Spain and the U.S. has become apparent. The WHO is also concerned about the rise in cases in Africa, where the health care infrastructure may not be sufficient. New cases in China, meanwhile, have dropped significantly.

Pointing to the crises in Italy and Iran, Mike Ryan, the WHO's emergencies chief said "They're suffering but I guarantee you other countries will be in that situation soon."

COVID-19 is weighing heavily on the global economy as nations restrict travel and events are canceled or postponed. Financial markets have been in turmoil. The International Monetary Fund has indicated that the world economy's growth this year may end up being the weakest since 2009, right after the global financial crisis erupted.

Infections from the coronavirus were first confirmed in the Chinese city of Wuhan in December, and then spread rapidly, mainly within China. The WHO on Jan. 30 declared the outbreak a "public health emergency of international concern." On Feb. 28, the organization raised its risk assessment for the entire world to the highest of four levels.

The WHO's pandemic declaration weakened U.S. stocks further on Wednesday, with the Dow Jones Industrial Average down 1,300 points at one point.