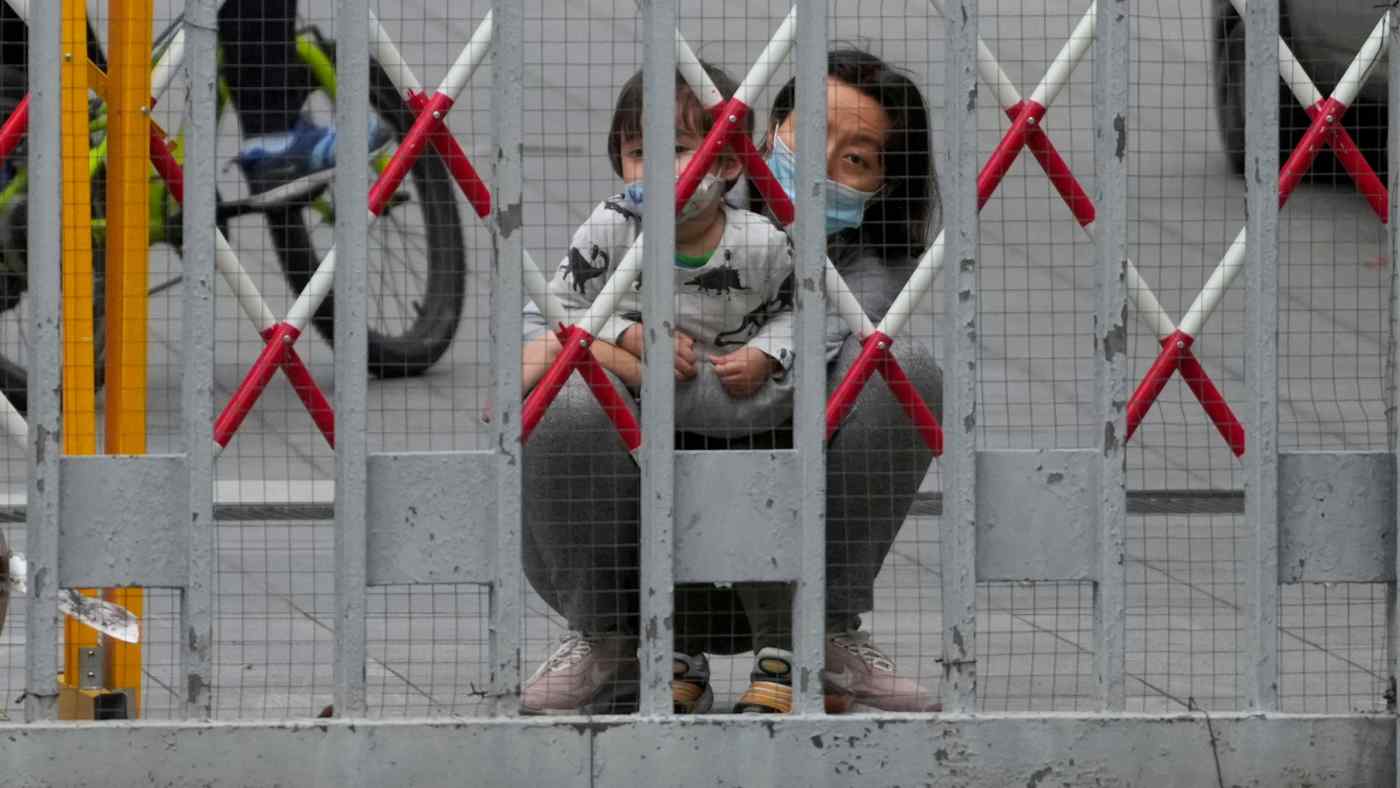 A resident and a child look out through gaps in the barriers at a closed residential area during a lockdown in Shanghai, on May 10.   © Reuters
May 11, 2022 02:19 JST | China
CopyCopied

LONDON (Reuters) -- The head of the World Health Organization said on Tuesday China's zero-tolerance COVID-19 policy is not sustainable given what is now known of the virus, in rare public comments by the U.N. agency on a government's handling of the pandemic.

"We don't think that it is sustainable considering the behaviour of the virus and what we now anticipate in the future," WHO Director-General Tedros Adhanom Ghebreyesus told a media briefing.

"We have discussed this issue with Chinese experts. And we indicated that the approach will not be sustainable... I think a shift would be very important."

He said increased knowledge about the virus and better tools to combat it also suggested it was time for a change of strategy.

The comments come after China's leaders have repeated their resolve to battle the virus with tough measures and threatened action against critics at home even as strict and prolonged lockdowns exact a heavy toll on the world's second-largest economy.

Speaking after Tedros, WHO emergencies director Mike Ryan said the impact of a "zero-COVID" policy on human rights also needs to be taken into consideration.

He also noted that China has registered 15,000 deaths since the virus first emerged in the city of Wuhan in late 2019 - a relatively low number compared with nearly 1 million in the United States, more than 664,000 in Brazil and over 524,000 in India.

With that in mind, it is understandable, Ryan said, that the world's most populous country would want to take tough measures to curb coronavirus contagion.

Still, China's zero-COVID policy has drawn criticism ranging from scientists to its own citizens, leading to a cycle of lockdowns of many millions of people, anguish and anger. Most other nations that shared its approach initially have now at least begun a transition to strategies to live with the virus.

The continued outbreaks also underscore how difficult it is to stop the spread of the highly transmissible Omicron variant.

Under zero-COVID, authorities lock down large population areas to stamp out viral spread in response to any coronavirus outbreak, even if just a small number of people test positive.

Shanghai's measures have been particularly strict, with residents allowed out of compounds only for exceptional reasons, such as a medical emergency. Many are not even allowed out of their front doors to mingle with neighbours.

Its quarantine policy has also been criticised for separating children from parents and putting asymptomatic cases among those with symptoms.

Highlighting the far-reaching impact of prolonged lockdowns on global manufacturing and supplies of critical goods, General Electric's GE.N healthcare unit outlined on Tuesday the drastic measures it has taken to deal with shortages of dye used for medical scans and tests in the United States caused by the suspension of its Shanghai factory.