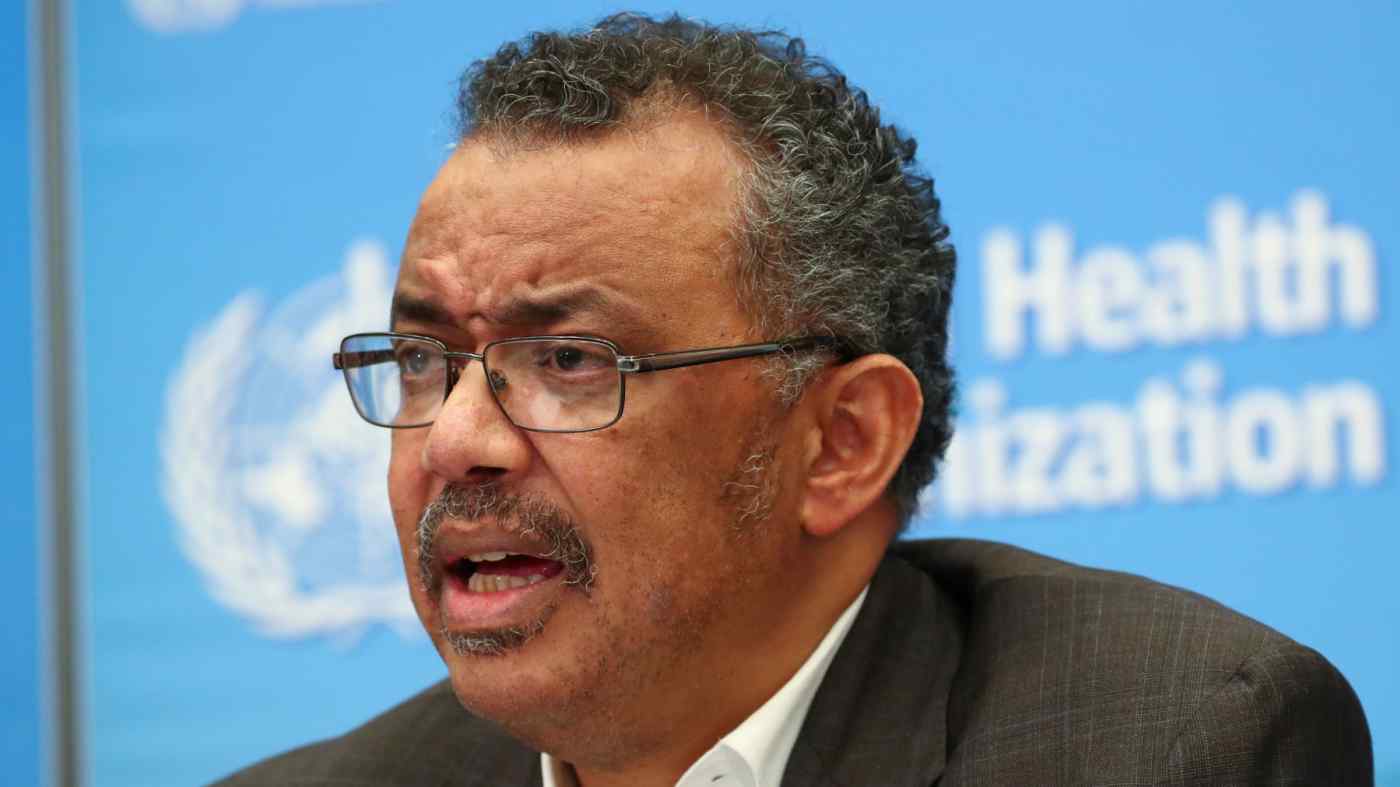 WHO Director-General Tedros Adhanom Ghebreyesus speaks during a news conference after a meeting of the Emergency Committee on the novel coronavirus in Geneva, Switzerland on Jan. 30.   © Reuters
RINTARO HOSOKAWA and TSUKASA HADANO, Nikkei staff writersJanuary 31, 2020 04:49 JSTUpdated on January 31, 2020 07:07 JST | China
CopyCopied

GENEVA/BEIJING -- The World Health Organization has declared the spread of the Wuhan coronavirus a global health emergency.

At a WHO emergency committee meeting Thursday to discuss the novel coronavirus, the panel members reversed a decision from a week ago, and urged the U.N. agency to declare the spread of the virus a "public health emergency of international concern."

Last week, the panel had said it was "not the time" for an emergency declaration due to a lack of evidence of the outbreak spreading outside China. But with transmissions spreading to 18 other countries, the U.N. health agency decided that immediate international action is needed to stem the reach of the virus.

"We don't know what sort of damage this virus could do if it were to spread to a country with a weaker health system," WHO Director-General Tedros Adhanom Ghebreyesus told reporters after Thursday's meeting. "We must act now to help countries prepare for that possibility."

He said that there have been 98 confirmed cases outside of China. There have been eight cases of human-to-human transmission -- in Germany, Japan, Vietnam and the U.S., he said.

Once the WHO declares a global health emergency, member nations are required to announce new cases within 24 hours and bolster border controls, including tougher screenings at airports and ports as well as travel restrictions.

The WHO did not issue restrictions on travel and trade with China at this time. But with an inevitable slowdown in the movement of individuals and goods, the Chinese economy looks to suffer. Bloomberg Economics projected that the Chinese economy may grow just 4.5% in the January-March quarter, down from 6% in the prior three quarters, in a report Thursday.

The WHO can declare a global health crisis when the director-general determines that the outbreak is serious, unusual or unexpected and constitutes "a public health risk to other states through the international spread of disease," and that "a coordinated international response" is required.

This is the sixth time in the past decade the WHO has declared an international public health emergency, with the most recent case being the outbreak of Ebola in central Africa last summer.

Meanwhile, Tedros commended the Chinese government's response to contain the outbreak and said this declaration was "not a vote of 'no confidence' on China."

Tedros met Chinese President Xi Jinping in Beijing on Tuesday to discuss a response to the coronavirus. He continued to praise China's efforts Thursday, saying the country was "setting a new standard for outbreak response."

The WHO will send an expert team to China soon in order to study patients and the possible source of the virus.