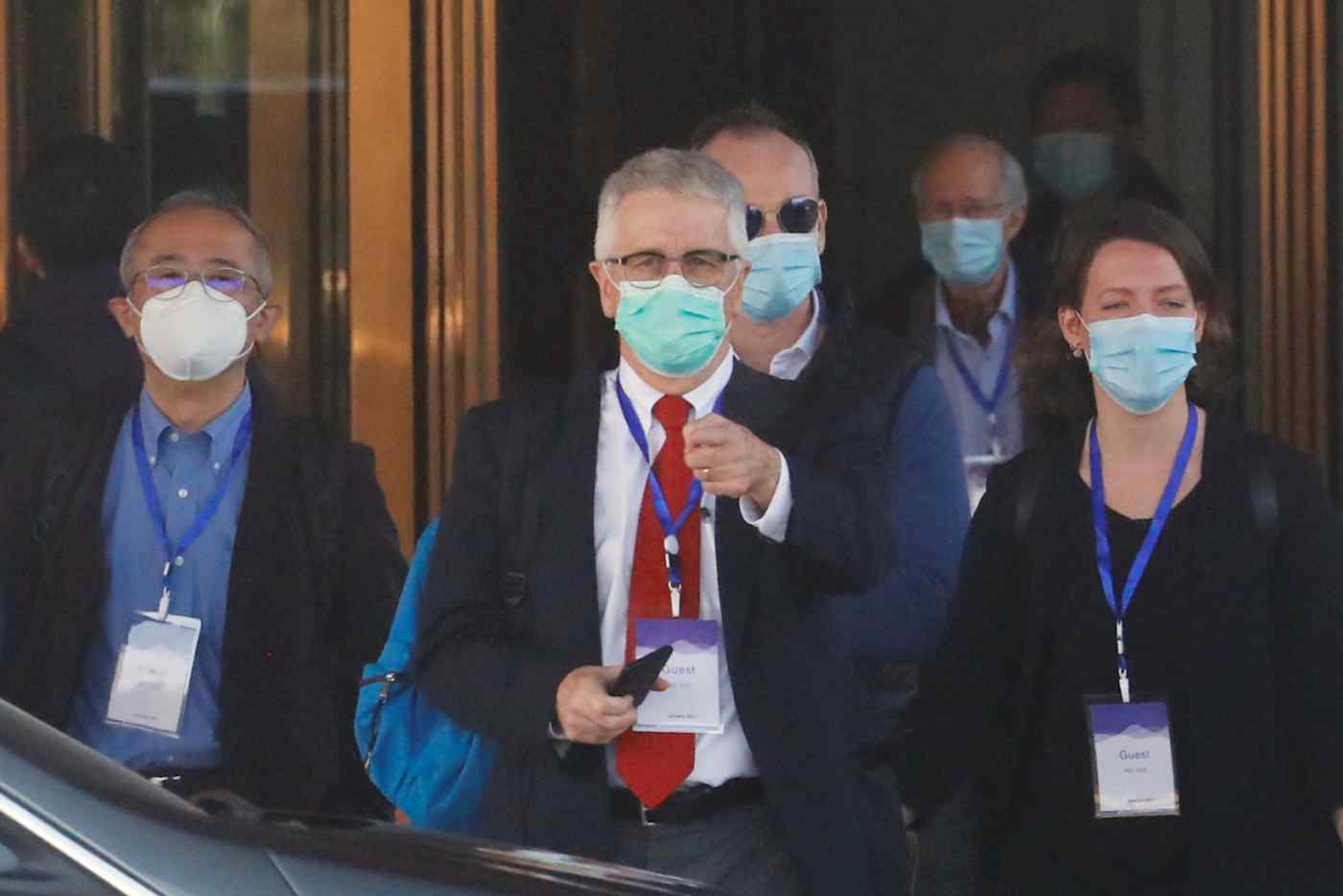 WUHAN, China (Reuters) -- A World Health Organization-led team of experts investigating the origins of COVID-19 on Friday visited a hospital in the Chinese city of Wuhan that was one of the first to treat patients in the early days of the outbreak.

After meeting with Chinese scientists earlier in the day, the team went to the Hubei Provincial Hospital of Integrated Chinese and Western Medicine.

Zhang Jixian, director of the hospital's department of respiratory and critical care, has been cited by state media as the first to report the novel coronavirus, after treating an elderly couple in late 2019 whose CT scans showed differences from typical pneumonia.

"Extremely important 1st site visit. We are in the hospital that treated some of the first known cases of COVID-19, meeting with the actual clinicians & staff who did this work, having open discussion about the details of their work," Peter Daszak, a member of the WHO-led team, wrote on Twitter.

The team was released from two weeks of quarantine on Thursday. It plans to visit labs, markets and hospitals during its remaining two weeks in Wuhan, where the coronavirus was first identified in late 2019.

While an exact itinerary has not been announced, the WHO has said the team plans to visit the seafood market at the center of the early outbreak as well as the Wuhan Institute of Virology. One hypothesis, rejected by China, is that the outbreak was caused by a leak at the government lab.

The WHO-led probe in Wuhan has been plagued by delays, concern over access and bickering between China and the United States, which accused China of hiding the extent of the initial outbreak and criticized the terms of the visit, under which Chinese experts conducted the first phase of research.

The WHO has sought to manage expectations. "There are no guarantees of answers," its emergency chief, Mike Ryan, said this month.

The investigating team had been set to arrive in Wuhan earlier in January, and China's delay of their visit drew rare public criticism from the head of the WHO, which former U.S. President Donald Trump accused of being "China-centric".

A Chinese foreign ministry spokesman, Zhao Lijian, said on Friday that WHO and Chinese experts were working together to trace the origin of the virus, but stressed that the mission was not a probe.

"It is part of a global research, not an investigation," Zhao told a regular news conference in Beijing.

China has pushed the idea that the virus existed abroad before it was discovered in Wuhan, with state media citing the presence of the virus on imported frozen food packaging and scientific papers saying it had been circulating in Europe in 2019.

China's foreign ministry has also hinted that the sudden closure of a U.S. army laboratory at Fort Detrick in Maryland in July 2019 was linked to the pandemic.

"At the early stage in China, it was a burden particularly for Wuhan people when everyone was calling it a Wuhan virus, which was humiliating," said Yang You, a 30-year-old Wuhan resident. "If it could be traced to the source clearly, in my opinion, it could clear either China's or Wuhan's name."